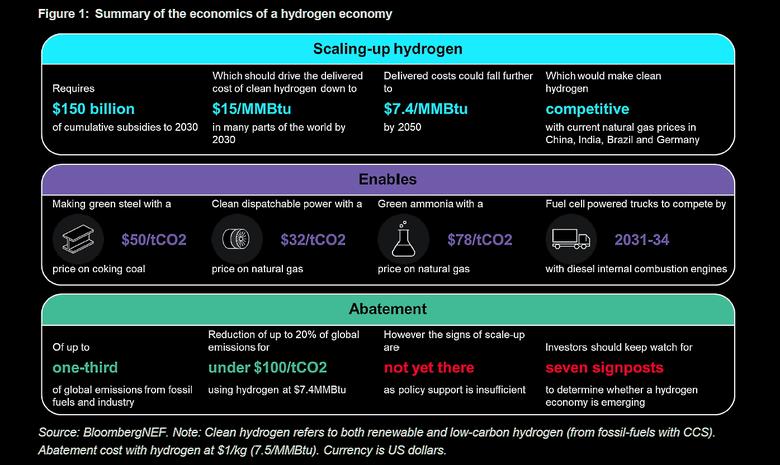 BloombergNEF - March 30, 2020 - The falling cost of making hydrogen from wind and solar power offers a promising route to cutting emissions in some of the most fossil fuel dependent sectors of the economy, such as steel, heavy-duty vehicles, shipping and cement.

Hydrogen Economy Outlook, a new and independent global study from research firm BloombergNEF (BNEF), finds that clean hydrogen could be deployed in the decades to come to cut up to 34% of global greenhouse gas emissions from fossil fuels and industry – at a manageable cost. However, this will only be possible if policies are put in place to help scale up technology, and drive down costs.

The report's findings suggest that renewable hydrogen could be produced for $0.8 to $1.6/kg in most parts of the world before 2050. This is equivalent to gas priced at $6-12/MMBtu, making it competitive with current natural gas prices in Brazil, China, India, Germany and Scandinavia on an energy-equivalent basis. When including the cost of storage and pipeline infrastructure, the delivered cost of renewable hydrogen in China, India and Western Europe could fall to around $2/kg ($15/MMBtu) in 2030 and $1/kg ($7.4/MMBtu) in 2050.

Kobad Bhavnagri, head of industrial decarbonization for BNEF and lead author of the report, said: "Hydrogen has potential to become the fuel that powers a clean economy. In the years ahead, it will be possible to produce it at low cost using wind and solar power, to store it underground for months, and then to pipe it on-demand to power everything from ships to steel mills."

Hydrogen is a clean-burning molecule that can be used as a substitute for coal, oil and gas in a large variety of applications. But for its use to have net environmental benefits, it must be produced from clean sources, rather than from unabated fossil fuel processes – the usual method at present.

Renewable hydrogen can be made by splitting water into hydrogen and oxygen, using electricity generated by cheap wind or solar power. The cost of the electrolyzer technology to do this has fallen by 40% in the last five years, and can continue to slide if deployment increases. Clean hydrogen can also be made using fossil fuels if the carbon is captured and stored, but this is likely to be more expensive, the report finds.

Storing and moving hydrogen is challenging. For hydrogen to become as ubiquitous as natural gas today, a huge, coordinated program of infrastructure upgrades and construction would be needed. For instance, 3-4 times more storage infrastructure would need to be built at a cost of $637 billion by 2050 to provide the same level of energy security as natural gas. However, cost efficient large-scale options do exist and could be used to supply industrial customers with the clean gas. "If the clean hydrogen industry can scale up, many of the hard-to-abate sectors could be decarbonized using hydrogen, at surprisingly low costs," Bhavnagri said.

The study found that a carbon price of $50/tCO2 would be enough to switch from coal to clean hydrogen in steel making by 2050, $60/tCO2 to use hydrogen for heat in cement production, $78/tCO2 for making chemicals like ammonia, and $145/tCO2 to power ships with clean fuel, if hydrogen costs reach $1/kg. Heavy trucks could also be cheaper to run on hydrogen than diesel by 2031, although batteries remain a cheaper solution for cars, buses and light trucks.

For hydrogen to gain use, policy is critical. "The clean hydrogen industry is currently tiny and costs are high. There is big potential for costs to fall, but the use of hydrogen needs to be scaled up and a network of supply infrastructure created," Bhavnagri said. "This needs policy coordination across government, frameworks for private investment, and the roll-out of around $150 billion of subsidies over the next decade," he added. "That may sound daunting but it is not, in fact, such a huge task – governments around the world currently spend more than twice that every year on fossil fuel consumption subsidies."

But right now, the outlook for a hydrogen economy is still uncertain, as there is insufficient policy to support investment and to scale up the industry, according to the BNEF study. Even if that occurs, hydrogen would not be a silver bullet. Carbon prices and emission policies will still be essential to drive hydrogen use, particularly in locations with very cheap coal and gas. Despite the potential cost reductions, hydrogen must still be manufactured – so it is likely to remain a more expensive form of energy. Industry will not automatically switch to using it – a commitment to net-zero emissions is required.

Bhavnagri said: "Hydrogen is promising and powerful because it can be used for so many things. Renewable energy has paved the way to carbon-free electricity. But to meet net-zero emissions targets, we need to go beyond electricity and have carbon-free fuels. That is the role for hydrogen."

A key messages document of the report is available via the following link. 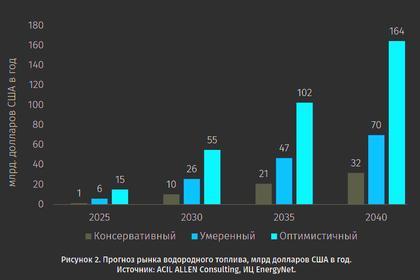 RUSSIA'S HYDROGEN FOR JAPAN
State-owned oil and gas major Gazprom announced on February 20 it is looking to produce hydrogen from natural gas.
English 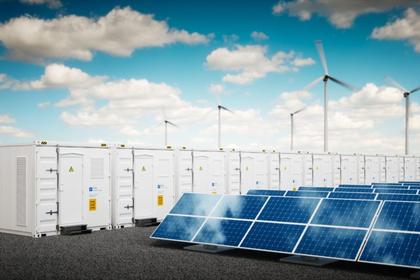 GREEN HYDROGEN COST
Researchers have stated that hydrogen is likely to be cost-competitive by 2035. But other technologies, such as battery storage, which have had a head start over hydrogen are more economical in the short term.
English
All Publications »
Tags: HYDROGEN, ENERGY, ECONOMY
OIL PRICE: BRENT BELOW $88, WTI ABOVE $81