REUTERS - APRIL 1, 2020 - U.S. Energy Secretary Dan Brouillette spoke with his Russian counterpart Alexander Novak about the slump in global oil markets on Tuesday, and they agreed to hold future discussions involving other major world oil producers and consumers, the U.S. Energy Department said in a release.

The call occurred a day after President Donald Trump and Russian President Vladimir Putin agreed in a phone conversation to have their top energy officials discuss the drop in global oil markets.

The discussions between Washington and Moscow mark a new twist in global oil diplomacy since a failed deal earlier this month between the Organization of the Petroleum Exporting Countries and Russia to cut production ignited a price war that sent oil prices tumbling.

"Secretary Brouillette and Minister Novak discussed energy market developments and agreed to continue dialogue among major energy producers and consumers, including through the G20, to address this unprecedented period of disruption in the world economy," she said.

The United States has grown in recent years into the world's largest oil and gas producer, thanks to a technology-driven shale drilling boom. But the current price of oil is below the production cost of many American drillers. That has threatened the highly leveraged U.S. shale industry.

Trump on Monday said Saudi Arabia and Russia "both went crazy" in their oil-price war and added that "I never thought I'd be saying that maybe we have to have an oil (price) increase, because we do."

The Trump administration is also trying to persuade the world's top oil exporter, Saudi Arabia, to cut crude output, and will soon send a special energy envoy, Victoria Coates, to the kingdom. 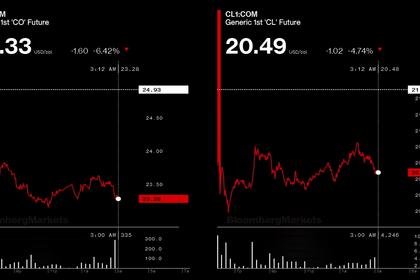 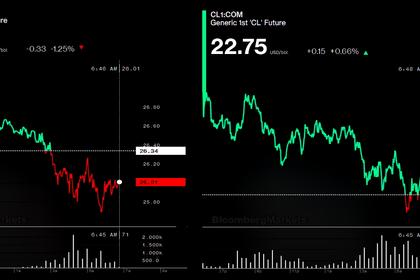