Commercial crude stocks jumped 13.83 million barrels to 469.19 million barrels during the week ended March 27, EIA said. It was the second-largest build ever reported by EIA, behind a 14.42 million-barrel build in October 2016, when the Category 5 Hurricane Matthew stalked the US Atlantic Coast and Caribbean.

The build sharply narrowed the inventory deficit to the five-year average to around 0.3% from 2.7% the week prior.

Total net crude inputs slipped 940,000 b/d to 14.90 million b/d as a number of refiners announced run cuts in response to a severe downturn in refined product demand, especially gasoline and jet fuel. The decline was the biggest weekly downturn since Hurricane Harvey ravaged the USGC refinery complex in late-August 2017.

Weak demand and a steep decline in prices has prompted several US upstream operators to slash capital budgets and production outlooks for 2020 and beyond.

The US oil and natural gas rig count dropped by 47 to 766 last week, according to rig data provider Enverus, but material production declines will not be realized until early summer, according to Platts Analytics, and last week total crude output was steady at 13 million b/d, EIA said.

The WTI forward structure has significantly weakened this month as demand outlooks have collapsed under pressure from COVID-19 containment efforts. Year-ahead WTI futures averaged at more than $11/b premium to front-month last week, up from $8/b the week prior.

Ullage at Cushing is around 32 million barrels, but the expected rush to storage could potentially send volumes to tank-tops during May, according to Platts Analytics. 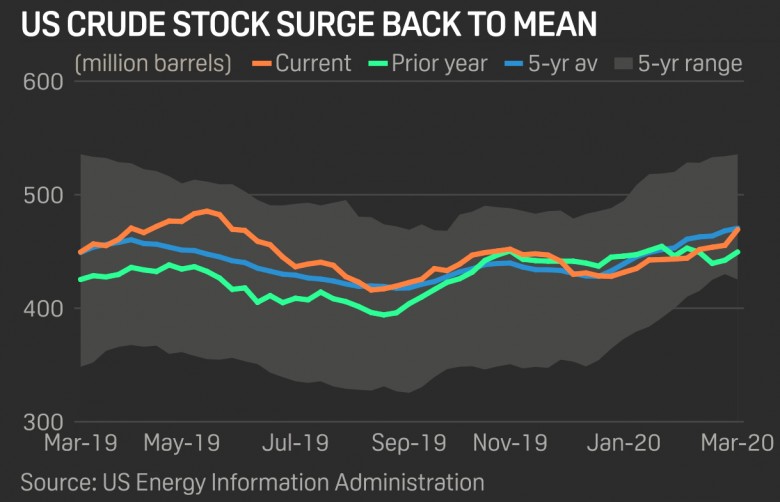 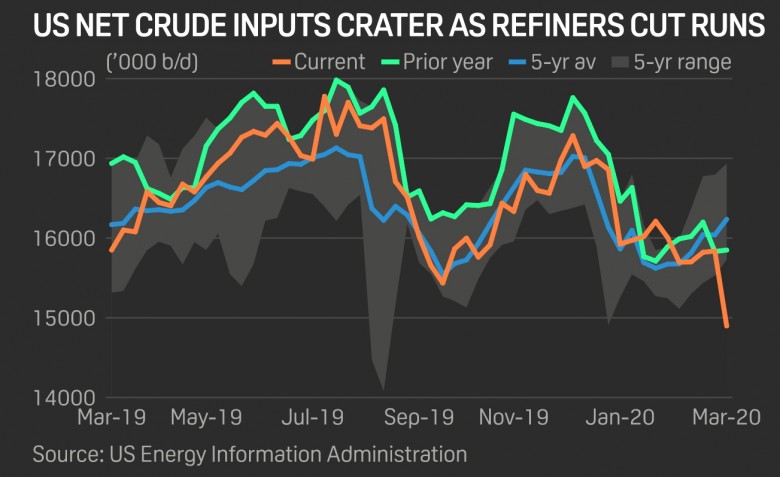 USAC gasoline storages jumped 5.13 million barrels to 65.93 million barrels, swinging inventories to 4.3% above the five-year average from a 4.8% deficit the week prior.

As of Wednesday, at least 35 US states and the District of Columbia have issued blanket stay-at-home orders, and partial orders are present in at least 10 other states, according to media reports. At least 283 million people are facing government requests that non-essential workers stay home.

While so far the COVID-19 lockdown measures have exempted most industrial operations, such as overland trucking, as "essential," an expected economic slowdown resulting from the containment efforts is expected to blunt distillate demand in the coming weeks, according to Platts Analytics. Barring significant refinery run cuts, this could portend unseasonal distillate builds in coming weeks

"As the economy falters and the virus spreads, we expect that demand in the industrial sector will also slow significantly," Platts analytics said. 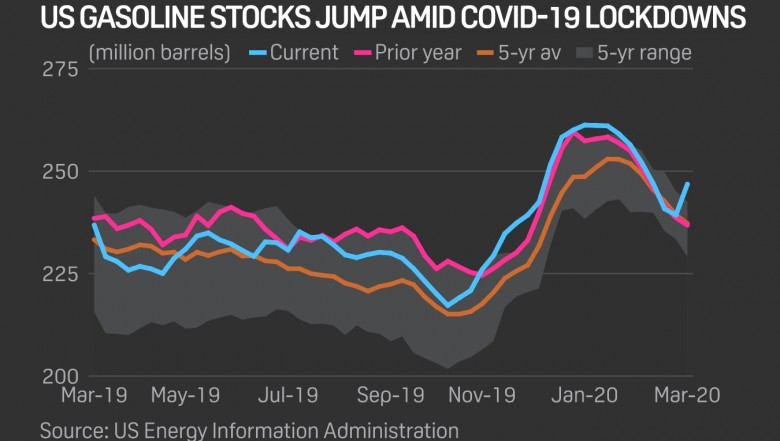 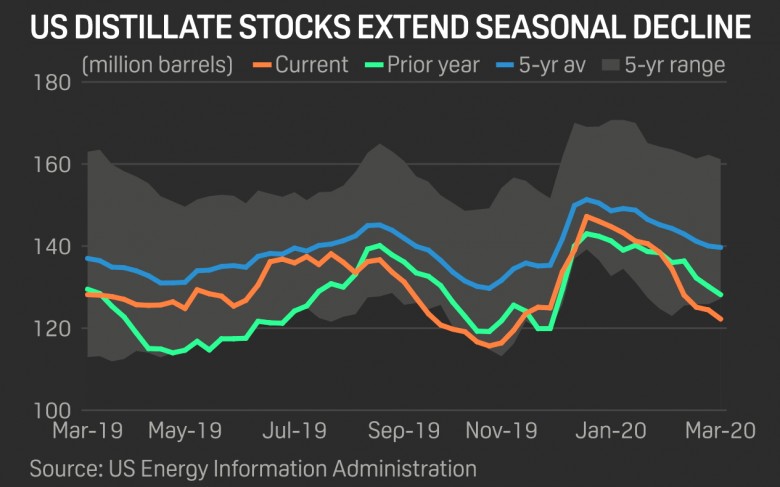 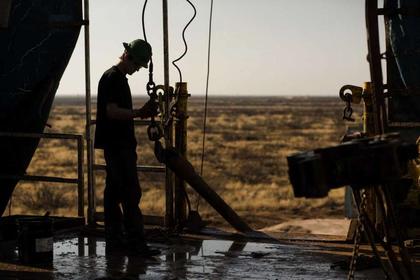 #OilPriceWar: RUSSIA UNCHANGED
Russia ramped up measures to combat the virus on Wednesday, with Russian President Vladimir Putin announcing that next week would be a paid non-working week throughout the country.
English
All Publications »
Tags: USA, OIL, PRICE, STOCKS, PRODUCTION, INVENTORIES
OIL PRICE: BRENT ABOVE $79, WTI NEAR $74