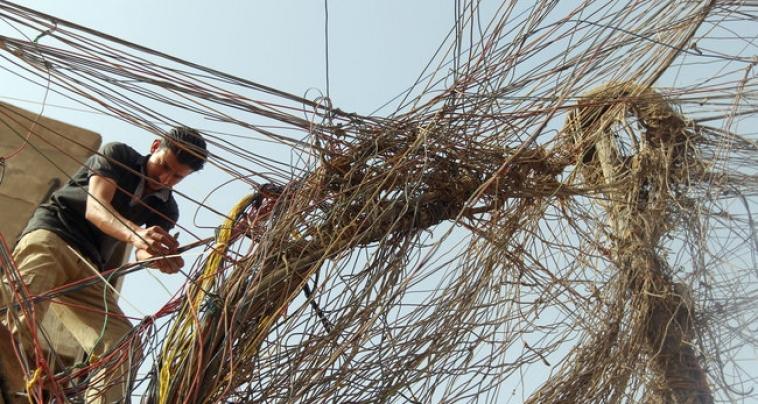 The two sides signed the agreement during a visit to Baghdad by Iran's Minister of Energy Reza Ardakanian, stressing their determination to broaden cooperation in the energy sector, despite American pressure on the Iraqi government to reduce economic ties with its neighbor.

Ardakanian in an interview highlighted the achievements of his one-day visit to Baghdad, where he signed the contract with the Iraqi Electricity Ministry.

The new agreement, he said, covers 2020 and 2021, while the previous deals had lasted for one-year periods.

He said Baghdad paid Tehran about $400 million - half of Iraq's due debts to Iran for electricity supply - thanks to the Iranian Embassy's follow-up efforts in the Iraqi capital.

The minister also noted that he discussed with Iraqi officials a three-year cooperation plan earlier signed between the countries' private sectors to reconstruct Iraq's electricity industry.

He further announced plans for a visit by Iranian technical teams to Iraq next week to pen two important agreements on reducing power grid losses and repairing electricity equipment, according to Press TV.

The Iraqi Prime Minister's office said in a statement that Kadhimi had, in his meeting with Ardakanian, stressed Baghdad's willingness to develop the best of relations with its neighbors.

The two sides exchanged views on cooperation opportunities in the energy sector and boosting bilateral ties between the two neighboring states, according to the statement.

Separately, the Iraqi president's office released a statement on Ardakanian's meeting with Salih, saying the latter called for bilateral interactions, especially in the fields of electricity and water.

The two officials, the statement read, also explored ways to enhance bilateral relations in all sectors in line with mutual interests.

Iraq and Iran share a 1,400-kilometer-long border. Except for gas and power, Iraq depends on Iran for everything from food, fruits and vegetables to machinery and home appliances.

Iranian energy accounts for between 30 and 40 percent of the electricity consumed in Iraq.

Over the past months, Washington has been pressing Baghdad to stop buying natural gas and electricity from Tehran as part of its "maximum pressure" campaign aimed at choking off Iran's revenue.

Illegal US sanctions are preventing Iran from repatriating its money.