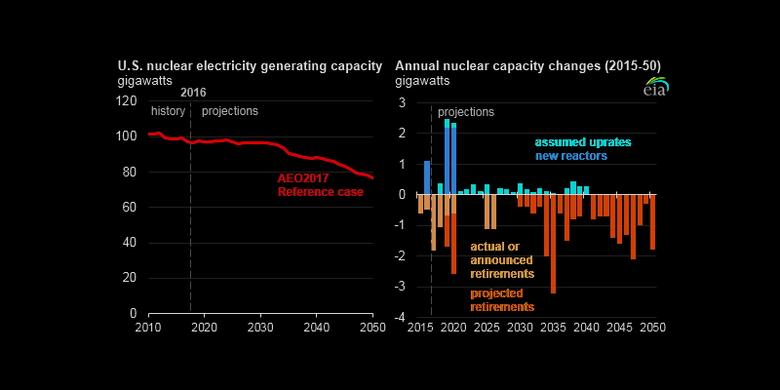 NUCNET - 2 June 2020 - The US intends to rewrite foreign policy relationships and increase competitiveness in new markets as it attempts to regain its position as a leader in nuclear technology and regain ground it has lost to China and Russia, energy secretary Dan Brouillette said in an article in Defense One.

Mr Brouilette said many countries of geopolitical importance are pursuing nuclear energy for their domestic electricity needs. Those countries are largely turning to Chinese and Russian state-owned enterprises for the technological support needed to build reactors, while the US sits on the sidelines.

“Our strategy calls for increasing American competitiveness in new markets by making it easier to export civil nuclear technologies, equipment, and fuel.”

Mr Brouilette said that despite strong nuclear energy production at home, the US has ceded its position as the world leader in nuclear energy.

China and Russia have been empowered by the lack of the leadership from the US in the international competition for nuclear influence and are filling that void by boosting uranium mining and conversion.

The Nuclear Fuel Working Group report, requested by president Donald Trump and published in April, proposes a series of actions to improve nuclear power as a baseload source of energy, revive the uranium industry strengthen American technology supremacy, and drive US exports of advanced nuclear reactors and fuel technology.

Many of these actions are already underway, and several new policies, like president Donald Trump’s proposed establishment of a national uranium reserve, were included in the Department of Energy budget this year.