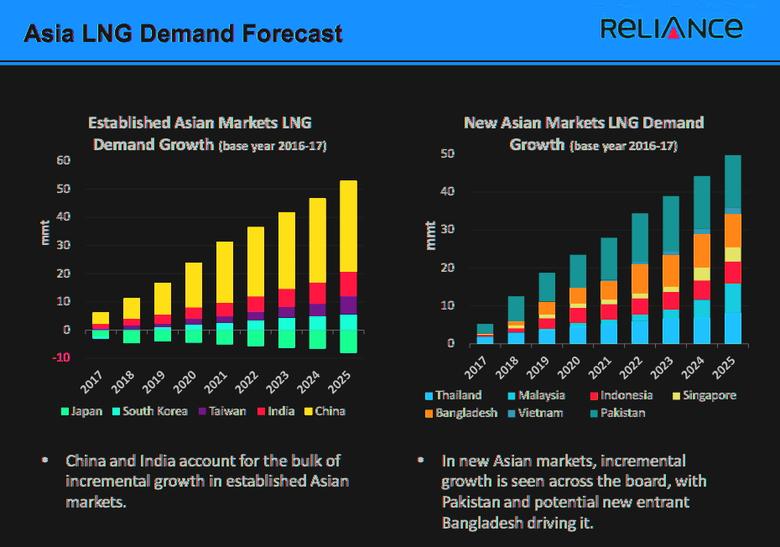 India wants to raise the share of natural gas in its energy mix from to 15% by 2030 from 6.2% now and is scouting for affordable gas for its price-sensitive customers.

"We are now in a position to come to a stage where very quickly we will be coming to nation with virtually spot pricing for a long-term deal," Singh told a news conference.

Earlier this year, Petronet invited bids to buy 1 MMtpy of LNG for 10 years with pricing linked to Henry Hub natural gas futures in the United States and Dutch TTF gas futures and shipped on a delivered ex-ship basis.Singh said Petronet has received 13 offers and would soon finalize the deal, but did not give a specific time.

Petronet has a deal to buy 7.5 MMtpy of LNG from Qatar and 1.44 MMtpy from Exxon Mobil Corp's Gorgon project in Australia.

Petronet declared force majeure in March for supplies under long-term deals when a nationwide lockdown to contain COVID-19 reduced demand.

Petronet invoked the clause on eight LNG cargoes from Qatar and one from Exxon for loading from March to May, Mishra said.

"We are trying to convince them and hopefully we will work out a solution because as per contract this is admissible," Mishra said.

Exxon Mobil and Qatargas did not immediately reply to emails from Reuters requesting comment,

Mishra and Singh also said Petronet was in talks with Qatargas to renegotiate gas pricing under its long-term deals as spot prices have declined.