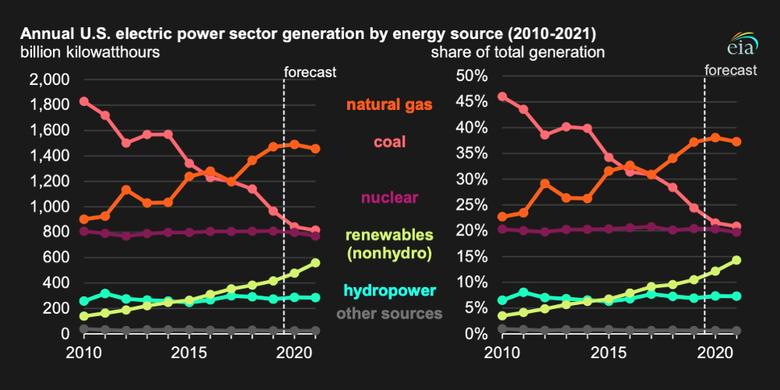 WNN - 02 July 2020 - The US House Select Committee on the Climate Crisis has released a report establishing a goal of reaching net-zero greenhouse gas emissions economy-wide in the USA by no later than 2050. The Climate Crisis Action Plan includes support to keep existing nuclear plants operating and calls for Congressional support for the development of advanced nuclear technologies.

In January 2019, House Resolution 6 created the bipartisan Select Committee on the Climate Crisis to "develop recommendations on policies, strategies, and innovations to achieve substantial and permanent reductions in pollution and other activities that contribute to the climate crisis." The resolution directed the Select Committee to deliver science-based policy recommendations to the standing legislative committees of jurisdiction for their consideration and action.

The Select Committee on 30 June published its Climate Crisis Action Plan, which sets out "a framework for comprehensive congressional action to satisfy the scientific imperative to reduce carbon pollution as quickly and aggressively as possible, make communities more resilient to the impacts of climate change, and build a durable and equitable clean energy economy."

The report notes that nuclear power is a zero-carbon source of electricity that made up 20% of the USA's electricity generation in 2019 and more than half of all zero-carbon electricity. It offers recommendations to ensure the safety and continued operation of the existing nuclear fleet and investment in the next generation of nuclear energy technologies.

The majority staff for the Select Committee recommends that Congress establish a federal clean energy standard that would allow electricity generated from existing nuclear power plants to qualify for credits. The report recommends Congress direct the US Nuclear Regulatory Commission (NRC) to increase inspections at aging plants and maintain a strong reactor oversight process, the Select Committee recommends. In addition, it says Congress should direct the NRC to use its existing authority under the National Environmental Policy Act (NEPA) to conduct a rigorous climate assessment of any nuclear reactors seeking licence renewals, including thorough review of vulnerabilities to potential climate impacts. It also calls for Congress to strengthen the Department of Energy's (DOE's) sustainability programme for existing light water reactors to improve their reliability and safety.

Next-generation nuclear technologies could be a promising source of zero-carbon electricity, but many challenges remain, including safety, proliferation risks and cost, the committee says. It recommends Congress direct DOE to provide support for first-of-a-kind or early deployment nuclear power technologies, such as small modular reactors (SMRs). It also says Congress should direct the NRC to maintain stringent safety and emergency planning requirements for SMRs and other emerging nuclear technologies.

"To date, the US government has failed to produce a solution for the safe, long-term disposal of spent nuclear fuel and high-level waste currently stored at operating and decommissioned nuclear power plants across the country," the report notes. "Congress should continue to pursue a legislative solution to America's nuclear waste problem, which should include consent-based siting for any permanent repository for nuclear waste."

According to the Select Committee, an independent analysis has shown the Climate Crisis Action Plan would save more than 60,000 lives in the USA every year by 2050 thanks to reduced air pollution, as well as nearly USD8 trillion saved through 2050 due to health and climate benefits.

"When you consider that nuclear energy is America's largest carbon-free electricity source, it is encouraging the House committee proposes a technology-neutral approach to decarbonisation that recognises nuclear energy's important role in addressing our climate challenges," said John Kotek, vice president of policy development and public affairs at the Washington, DC-based Nuclear Energy Institute. "We are encouraged the plan includes support to keep our existing nuclear plants churning out reliable carbon-free power for American homes and businesses and promotes development and demonstration of advanced reactors that can decarbonise sectors beyond power generation." He added that the recognition of nuclear in the report "demonstrates the consensus that nuclear energy is viewed as an essential partner to wind, solar and storage to achieve an affordable, reliable, decarbonised energy sector." 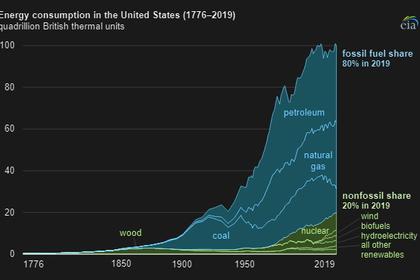