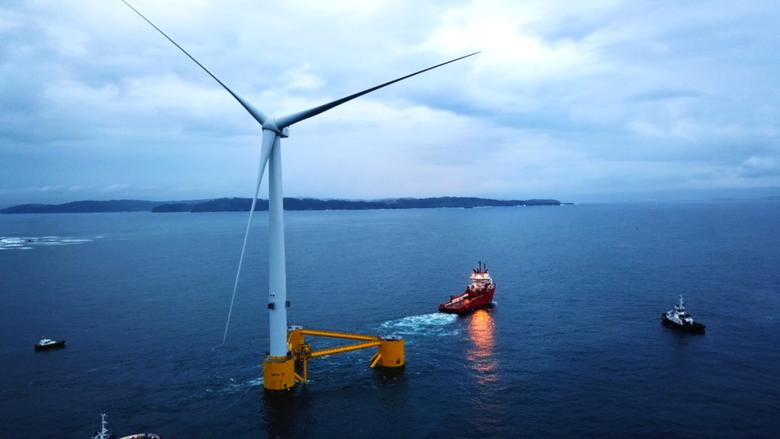 GTM - AUGUST 03, 2020 - A major source of finance for offshore wind projects may soon open up to the industry's most important technological frontier: floating turbines.

Non-recourse finance, which allows lenders to be repaid from the profits of a project and have no claim over the assets of the borrower, will likely be available to upcoming floating wind projects as the market reaches an initial stage of maturity, experts say. That would help to lower the cost of projects. Non-recourse lending accounts for the majority of funding flowing to conventional European offshore wind projects today.

So far, no floating projects have secured pure non-recourse finance, "but the market is becoming ready for it,” said Clément Weber, a floating wind expert at renewable energy financial advisory firm Green Giraffe.

“The lenders involved in the first projects are likely to be the project finance banks that are the most experienced in bottom-fixed offshore wind. On the equity side, we see a clear appetite from oil and gas, utilities, developers and independent power producers," Weber said in an email.

Two European projects, in particular, have paved the way, Weber said. One of them, WindFloat Atlantic, was financed through a €60 million ($68 million) loan from the European Investment Bank in 2018. The 25-megawatt project off the coast of Portugal was commissioned last month. It was developed by a consortium including the utilities EDP and Engie, and the Spanish oil firm Repsol.

The other, Kincardine in Scotland, reached financial close last month through a £380 million ($481 million) Certified Climate Bond arranged by French bank Natixis. The 50-megawatt project, developed by Spain's Grupo Cobra, is aiming for completion later this year after the effects of the COVID-19 pandemic delayed progress.

“Several lenders have seriously looked at the technology, and the financing of WindFloat Atlantic and Kincardine are opening the way to non-recourse debt for future projects,” said Weber.

Non-recourse finance accounts for 58 percent of all capital raised for new wind energy projects, though the level is usually higher for offshore projects, according to trade association WindEurope.

Lenders issued a record €16.4 billion ($18.5 billion) in non-recourse debt for offshore projects in 2018, according to WindEurope. The level dropped to €8.8 billion ($9.9 billion) last year, the first time since 2012 that non-recourse finance had been higher in onshore than in offshore.

Nevertheless, said WindEurope, debt financing conditions continue to be favorable, and non-recourse loans remain a preferred route for unlocking affordable, long-term finance from a diversified pool of investors including banks and institutional lenders.

The arrival of non-recourse finance in floating wind will be a vote of confidence in the maturity of the technology, said Andrei Utkin, senior analyst for global power and renewables at IHS Markit.

"We observe growing interest from different types of financial players,” Utkin wrote in an email. “Financial players [such as] infrastructure funds [and] banks will enter at the commercial stage, when the technology is proven by demonstration projects and technical risks are reduced.”

In the view of Green Giraffe's Weber, lenders should feel comfortable with floating wind platforms because the technology has already been widely used in the oil and gas sector. The current state of the floating wind market — roughly 10 years on from the first prototypes — echoes the point at which non-recourse financing first entered bottom-fixed offshore wind.

Still, the sector is not there yet. The first floating project to attract non-recourse funding will likely need to tick a number of boxes, such as using a proven technology, having an ironclad contract structure and featuring ample contingency budgets and insurance.

The right kinds of government support and regulatory clarity will also be key to opening up financing for the market. “There still remains uncertainty on governments’ and authorities’ support of projects, creating risk in planning and economics,” said Erik Rijkers, director of market development and strategy at analyst firm Quest Floating Wind Energy.

“More open communication and commitment toward developers’ needs will reassure financiers, but recent roadblocks in U.S. and U.K. bottom-fixed projects prove a misinterpretation of industry requirements exists or these requirements cannot be met. This reflects on the floating industry,” he continued.

The future of offshore wind: Floating?

Floating platforms remain a key development in unlocking vast new markets for offshore wind. And the technology is already plummeting in price.

“The industry expects that the trend will continue in the next 10 years and that fixed and floating could be equally competitive in the 2030s,” said Weber. “Reducing the real and perceived risks and therefore the cost of financing will play a key role in that decrease.” 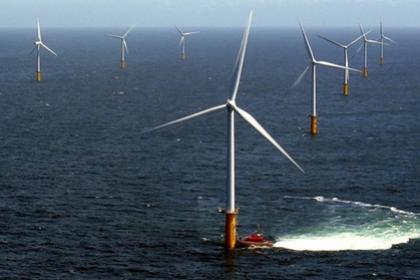 SHELL, ENECO RENEWABLE INVESTMENT
The CrossWind consortium, a joint venture between Shell in the Netherlands and Eneco, is delighted to have been awarded the tender for the subsidy-free offshore wind farm Hollandse Kust (noord).
English
All Publications »
Tags: FLOATING, OFFSHORE, WIND, FINANCE
OIL PRICE: BRENT BELOW $87, WTI ABOVE $80