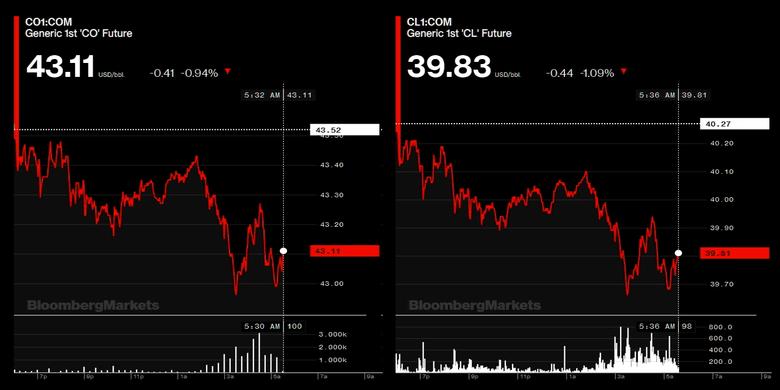 REUTERS - AUGUST 3, 2020 - Oil prices fell on Monday on fears about the economic fallout from rising COVID-19 cases around the globe and on oversupply worries as OPEC and its allies are set to wind back output cuts in August.

In the last month, Brent has been trading in a range between $41 and almost $45.

"Speculators appear to be getting more nervous about the demand recovery, with the path much more gradual than market expectations coming into the second half of the year," he added.

Coronavirus cases continued to surge in the United States and stood at almost 18 million globally. More countries imposed new restrictions or extended the current ones to control the pandemic.

Amid slow recovery of fuel demand due to the resurgence of the virus, investors are also worried about oversupply, as the Organization of the Petroleum Exporting Countries and its allies, known as OPEC+, will ease oil supply curbs from August.

"Concerns appear to be developing that a rise in OPEC+ production will coincide with uneven recovery in oil demand due to localised setbacks following secondary waves of COVID outbreaks," said Harry Tchilinguirian, head of commodity research at BNP Paribas.

OPEC+ members have been cutting output since May by 9.7 million barrels per day (bpd). From August, cuts will officially taper to 7.7 million bpd until December.

However, oil prices found some support after a survey showed that manufacturing activity across the euro zone expanded for the first time since early 2019 last month.

A Reuters poll on Friday indicated that oil is set for a slow crawl upwards this year as the gradual easing of coronavirus-led restrictions buoys demand, although a second COVID-19 wave could slow the pace of a recovery. 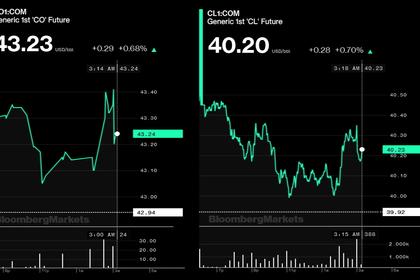 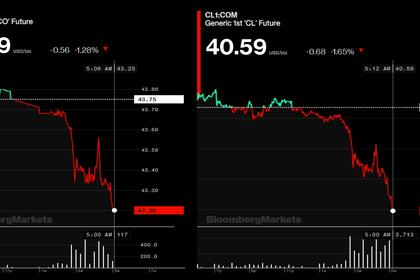 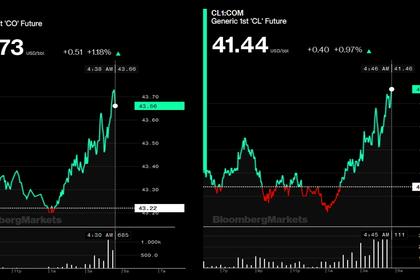 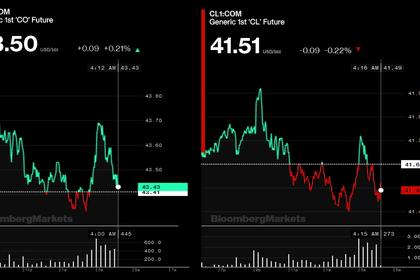 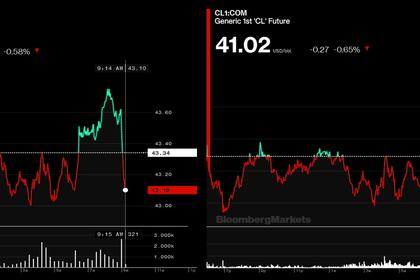 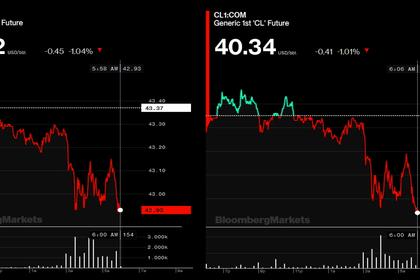 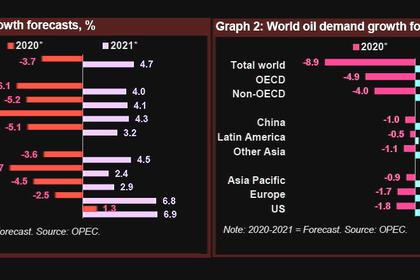 OIL DEMAND WILL UP
In 2021, oil demand is forecast to partially recover from the current year to show historic high growth of 7.0 mb/d.
English
All Publications »
Tags: OIL, PRICE, BRENT, WTI
OIL PRICE: BRENT NEAR $117, WTI ABOVE $111