PLATTS - 15 Sep 2020 - China's domestic trucked LNG prices are expected to become less competitive than pipeline natural gas as Asian spot LNG prices rise in the run up to winter, putting pressure on LNG imports at a time when inventories are high and demand outlook is uncertain.

This is likely to reverse a trend over the past few months when city gas distributors were favoring trucked LNG over pipeline gas, forcing LNG importers like national oil companies and private gas companies to procure more spot LNG, as JKM traded at record lows of $2-$2.5/MMBtu for most of the April-June period.

But spot LNG prices have been on the uptrend in recent weeks. JKM has more than doubled to over $4.50/MMBtu for October delivery, with projections for a winter peak of over $6/MMBtu.

Only a handful of downstream city gas distributors have access to both trunk lines on China's pipeline network and LNG trucked in from coastal terminals. But they have been enough to move the needle on China's procurement due to flexible uncontracted volumes in addition to purchase contracts with NOCs like PetroChina, CNOOC and Sinopec, and non-NOC importers like ENN and Guanghui Energy.

For example, local affiliates of China Resources Gas in eastern China buy pipeline gas from PetroChina, Sinopec and Zhejiang Energy, as well as trucked LNG from nearby LNG terminals, such as CNOOC Ningbo, PetroChina Rudong, Guanghui Qidong and ENN Zhoushan along the coast.

These local distributors secure most of their gas via term contracts either with pipeline gas suppliers or LNG terminal operators, leaving around 10% flexible demand for buying on the spot market, which mainly comprised trucked LNG in the March-July period.

Another company able to switch procurement was China Gas, which has now reportedly diverted around 10% of its demand back to pipeline gas in parts of southern China. China Gas and China Resources Gas are two of China's largest city gas distribution companies with country wide operations, the others being Kunlun Energy, ENN Energy Holdings, Hong Kong and China Gas Co Ltd or Towngas and Beijing Gas Group.

A supplier to China Resources Gas said some city gas distributors have already started buying more pipeline gas instead since August when LNG prices started to rise. At least one local distributor in eastern China switched around 25% of its total gas demand to pipeline gas, JLC, a domestic energy information provider, said.

The delivery-price of trucked LNG in eastern China's Yangtze river delta, which is well supplied by LNG receiving terminals, rose to around Yuan 2,693/mt, or Yuan 1.95/cu m, in August, up by 10% from July, according to a source from ENN Energy, which is both a city gas distributor and LNG terminal operator.

Meanwhile, pipeline gas has been sold at around Yuan 1.81-2.17/cu m in the region since end-May, with contracted gas at the higher end of the price range, market sources said.

Domestic gas pricing in China can have huge variations due to geographical differences and infrastructure access, and trucked LNG prices have registered a winter peak of $25/MMBtu in previous years due to infrastructure bottlenecks.

In many areas, even with spot LNG priced over $4.5/MMBtu, or Yuan 2,128/mt or Yuan 1.54/cu m, for October delivery, it remains cheaper than pipeline gas, and not too far from the 10-year lows of Yuan 1,800/mt seen in northern China that triggered heavy price competition earlier this year.

However, oil-linked contracted LNG will prevent importers from increasing the share of spot LNG imports by a large margin.

S&P Global Platts Analytics estimated that spot LNG accounts for only around 15% of China's total LNG imports, while the remaining is oil-linked. This contracted LNG is estimated to cost as much as $7.5/MMBtu for July-August imports, according to sources at Guangdong Energy and Zhenhua Oil, forcing import terminals to maintain high domestic LNG prices.

Over the last few months, some importers pooled lower-priced spot and higher-priced term cargoes to cap domestic prices at a break-even level, but the surge of spot LNG prices will negate the effect of pooling, market sources said, adding that high inventories also prevent them from adding more spot LNG to the mix. 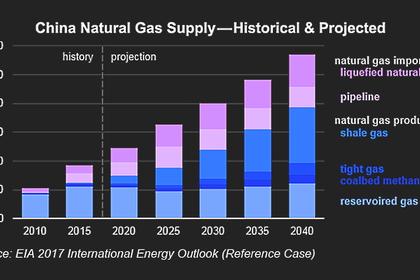 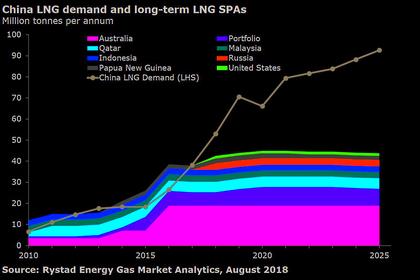 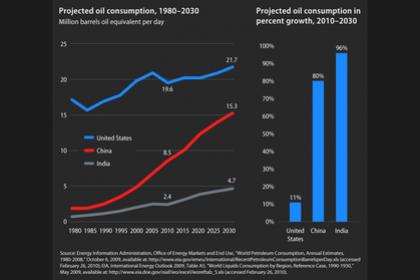 CHINA'S OIL & GAS UP
On an average daily basis, the CNOOC oil and gas production volume was up 5.5% from 1.34 million boe/d in the same period of last year.
English
All Publications »
Tags: CHINA, LNG, GAS, PRICE
OIL PRICE: BELOW $42 ANEW