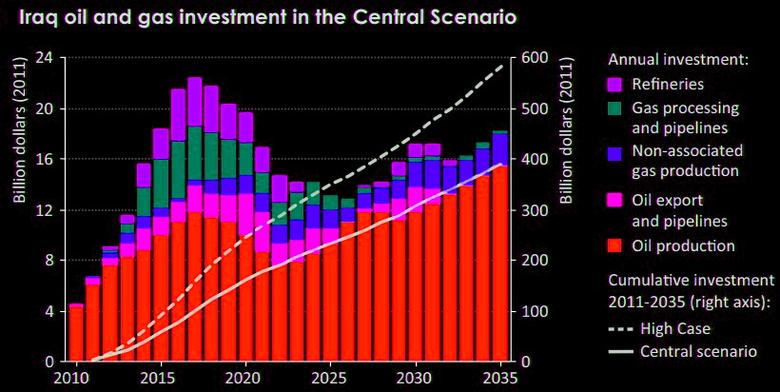 Exports fell to 2.597 million b/d in August from 2.763 million b/d in July, the oil ministry said in a statement. Exports were only 2% lower in July than in May. The ministry didn't publish production figures.

Iraq had pledged to cut an extra 400,000 b/d in each of August and September to make up for overproduction in May through July in a plan endorsed by Saudi Arabia and its Gulf allies. Its August quota is 3.804 million b/d, excluding voluntary extra cuts to compensate for overproduction.

That would put Iraq's effective quota at 3.404 million b/d.

OPEC and its allies, including Russia, rolled over their 9.6 million b/d in collective production cuts through July to help bolster the market as it emerges from the depths of the coronavirus crisis. As of Aug. 1, their total cuts will be 7.7 million b/d as the coalition begins to ease output curbs.

Data compiled for the JMMC and seen by S&P Global Platts shows the 23-country OPEC+ coalition exceeded its quotas by 357,000 b/d from May to July, though that is boosted by significant over-compliance by Saudi Arabia, which had said it intended to lead by example with a voluntary extra 1 million b/d cut in June. 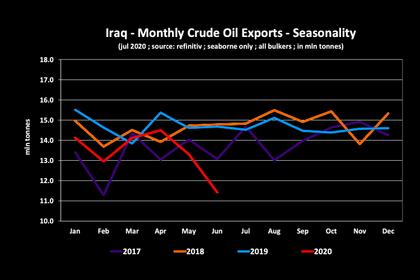 IRAQ'S OIL EXPORTS 2.763 MBD
Iraq's Ministry of Oil has announced finalised oil exports for July of 85,663,290 barrels, giving an average for the month of 2.763 million barrels per day (bpd),
English 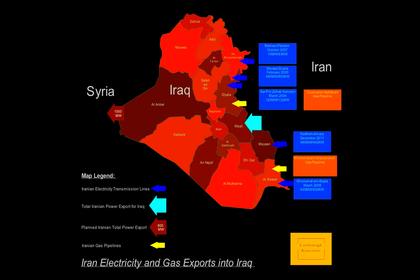 IRAQ, U.S. ENERGY DEALS
Iraq is under US pressure to wean itself off Iranian electricity and gas imports,
English 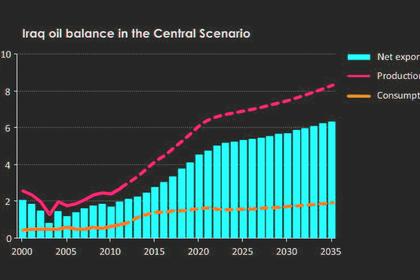 IRAQ NEED 7 MBD
Iraq is under US pressure to wean itself off Iranian electricity and gas imports, needed due to power shortages and flaring of associated gas, which is also bound by production limits due to the country's attempted adherence to OPEC+ production cuts.
English 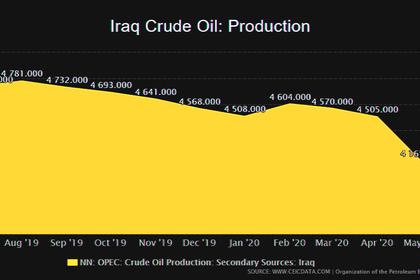 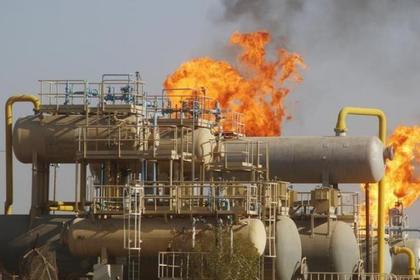