REUTERS - SEPTEMBER 15, 2020 -  Oil prices rose on Tuesday, but forecasts of a slower than expected recovery in global fuel demand due to the coronavirus pandemic weighed.

The International Energy Agency (IEA) on Tuesday trimmed its 2020 outlook by 200,000 barrels per day (bpd) to 91.7 million bpd, citing caution about the pace of economic recovery.

"We expect the recovery in oil demand to decelerate markedly in the second half of 2020, with most of the easy gains already achieved," the IEA said in its monthly report.

The agency said commercial oil stocks in the developed world hit an all-time high of 3.225 billion barrels in July, and cut its forecast for implied stock draws for the second half of the year.

The IEA's demand revision chimes with forecasts from major oil industry producers and traders, with OPEC downgrading its oil demand forecast and BP BP.L saying demand might have peaked in 2019.

World oil demand will tumble by 9.46 million bpd this year, the Organization of the Petroleum Exporting Countries said in a monthly report on Monday, more than the 9.06 million bpd decline OPEC expected a month ago.

Still, a meeting of the OPEC+ joint ministerial committee on Thursday is not expected to make recommendations for deeper output cuts, but rather focus on compliance and compensation mechanisms for its current cuts, sources told Reuters.

Concerns over supply disruptions in the United States from Hurricane Sally provided some price support.

Energy companies, ports and refiners raced on Monday to shut down as Hurricane Sally grew stronger on its approach to the central U.S. Gulf Coast, the second significant hurricane to shutter oil and gas activity in the past month.

Meanwhile, China's crude oil throughput in August rose from a year ago, reaching its second-highest level on record, as refineries worked to digest record imports earlier this year. 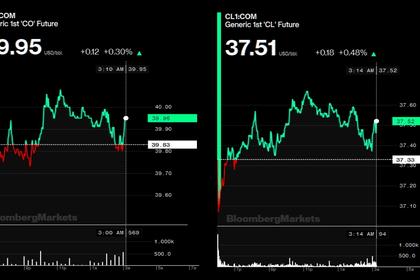 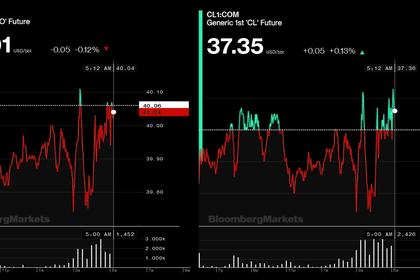 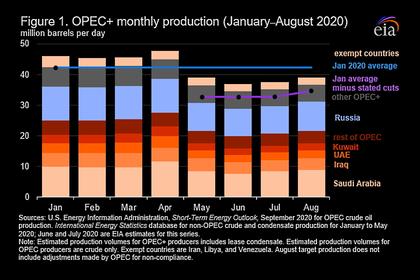 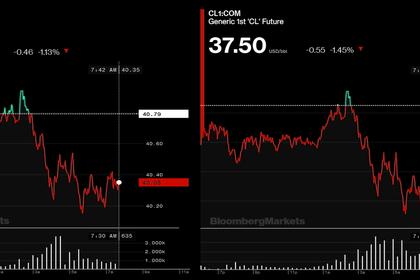 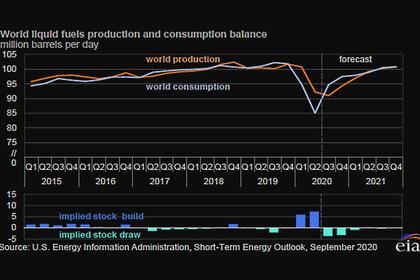 GLOBAL PETROLEUM CONSUMPTION WILL UP BY 6.5 MBD
EIA forecasts that consumption of petroleum and liquid fuels globally will average 93.1 million b/d for all of 2020, down 8.3 million b/d from 2019, before increasing by 6.5 million b/d in 2021.
English 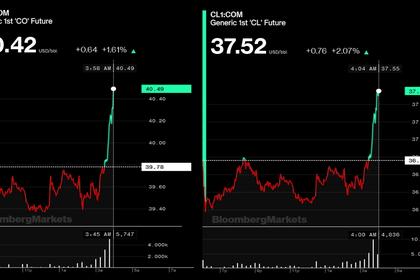 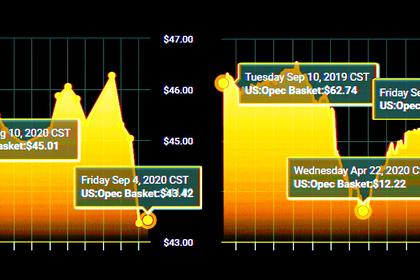