Borrell, speaking to the European Parliament, said the world would go "one side or the other depending on what is going to happen" in the coming days.

Turkey's state-owned TPAO has drilled a handful of wells offshore Cyprus in the past year, and a seismic vessel has spent the past month surveying a large area in disputed waters between Cyprus and the Greek island of Crete.

"I have spent the last few months trying to facilitate de-escalation efforts," Borrell said. "But the least I can say is that more efforts are needed -- the softest way of saying that the situation has not been improving."

Turkey is also a key transit country for oil and gas supplies, being the route of a large part of the Southern Gas Corridor, designed to bring 10 Bcm a year of Azerbaijani gas to Southern Europe. The final part of corridor -- the TAP gas line to Italy -- is set to start up before the end of 2020.

Borrell said he welcomed the latest move by Turkey to halt seismic exploration on what he called the "continental shelf of Greece" as a step in the right direction.

"It gives us some hope that it will lead to further steps towards dialog," he said.

However, Turkey has said its surveying vessel, the Oruc Reis, has returned to port only to restock, and there are plans to resume seismic work.

Speaking on Turkey's NTV news channel, foreign minister Mevlut Cavusoglu said the return of the Oruc Reis to port did not represent a step back by Ankara. The vessel had been at sea for a month and had only returned to port for resupplying and routine maintenance, he said.

Cavusoglu added he was happy to hold formal meetings with Greece to resolve the issue but stressed these should be held without preconditions. "If they insist on preconditions, we will make our preconditions," he said.

He reiterated the stance taken in comments posted on the Turkish foreign ministry website Sept. 15 following a conversation with US Secretary of State Mike Pompeo.

According to S&P Global Platts trade flow software cFlow, the Oruc Reis is currently in port at Antalya on Turkey's Mediterranean coast.

It returned to port on Sept. 14, having embarked on a monthlong seismic survey mission on Aug. 10, according to cFlow.

Turkey's Yavuz drillship remains in waters offshore Cyprus, in what the Cypriot government has assigned as Block 6.

EU leaders are due to meet on Sept. 24-25 for a special summit to consider possible action against Turkey, with all options said to be on the table.

The EU already imposed sanctions on two TPAO officials in February as a result of what Brussels described as "unauthorized" drilling offshore Cyprus.

Commenting on the summit, Cavusoglu said he was not expecting the EU leaders to take any decision on formal sanctions against Turkey.

However, conceding that it was possible that some sanctions could be imposed against the Oruc Reis or its crew, he warned: "Would such a move make us give up? No, as before it would make us more resolute."

He also outlined Ankara's objectives in the East Mediterranean as: a fair and equitable delimitation of maritime boundaries, protection of its continental shelf rights, protection of Turkish Cypriots' equal rights over the island's offshore resources, and the creation of genuine, inclusive, fair and equitable offshore energy cooperation mechanisms in the East Mediterranean.

Borrell said the situation in the East Mediterranean required "urgent and collective engagement."

"Turkey has to refrain from taking unilateral actions," he said, adding this was a basic element to allow dialog to start.

"With the serious developments in the East Mediterranean and Turkish foreign policy actions in the region since last fall, things have become even more worrying and complex. As I said, this is a watershed moment in the history of our relations with Turkey," he said. 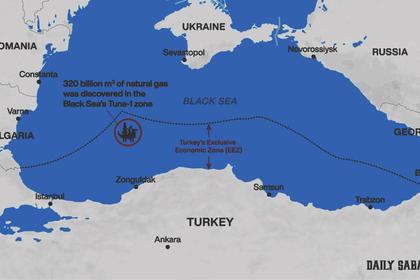 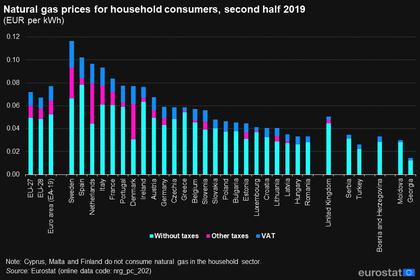 TURKEY'S GAS: THE CHEAPEST
the gas price per kilowatt-hour in Turkey came to 0.0234 of a euro ($0.028) for individual households.
English
All Publications »
Tags: TURKEY, GAS
OIL PRICE: BELOW $42 ANEW