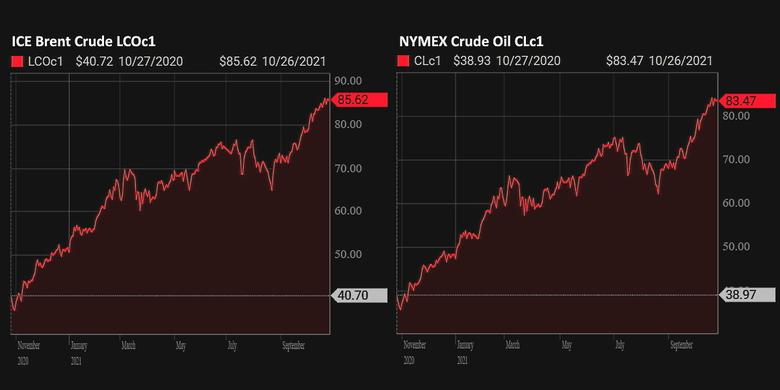 REUTERS - Oct 26  - Oil prices edged lower on Tuesday but remained near multi-year highs, supported by a global supply shortage and strong demand in the United States, the world's biggest consumer.

"There was no specific reason for the price slide... The fact that the market remains tight should drive prices up," said Commerzbank analyst Carsten Fritsch.

Goldman Sachs said Brent was likely to push above its year-end forecast of $90 a barrel, while Larry Fink, chief executive of the world's largest asset manager BlackRock, said there was a high probability of oil reaching $100.

While China's red-hot power and coal markets have cooled somewhat after government intervention, energy prices remain elevated worldwide as temperatures fall with the onset of the northern winter.

"Forecasts for a colder November have energy traders bracing for a very tight market that will be met (with) unprecedented demand this winter," OANDA senior market analysts Edward Moya said in a note.

"This oil market will remain tight and that should mean a headline or two away from $90 oil."

Gasoline and distillate consumption in the United States is back in line with five-year averages after more than a year of depressed demand, and the market will be closely watching U.S. inventory levels.

Crude oil stockpiles are forecast to have risen by 1.7 million barrels last week while gasoline and distillate inventories were expected to have fallen, according to a Reuters poll of analysts.

Avtar Sandu, senior manager, commodities at Phillip Futures in Singapore, said traders were also awaiting clarity on the outcome of international talks on reviving Iran's 2015 nuclear agreement, after the United States said efforts were at "crucial phase" that could re-open the way for exports of Iranian crude. 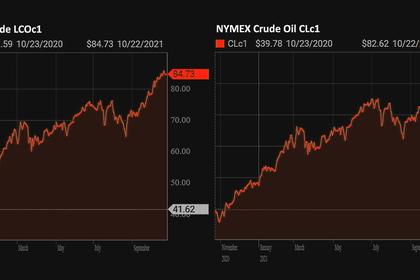 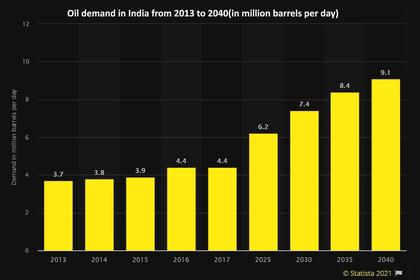 IMPORTANT OIL FOR INDIA
Since India's per-capita energy consumption is about one-third the global average, demand is expected to rise exponentially, creating the need to push both refining expansion as well as clean energy initiatives,
English 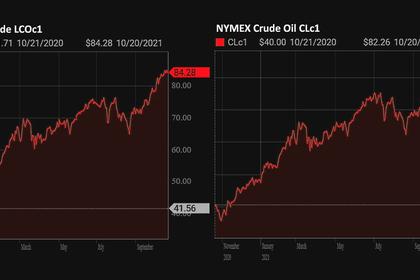 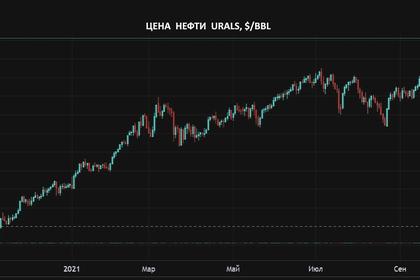