PLATTS - 24 Nov 2021 - Vietnam is looking to reduce the share of fossil fuels, including natural gas and coal, in its future energy mix, while renewables will rise in line with its recent net zero pledge and as securing global funding for fossil fuel projects becomes harder.

The Vietnamese government on Nov. 19 held a conference to discuss possible changes to its draft power development plan over 2021-2030 with a vision to 2045, called PDP8, which provides the road map for its power sector including an exhaustive list of proposed projects.

However, power generation capacity from domestic natural gas and the conversion of coal-fired plants to LNG will be kept unchanged at 14.78 GW by 2030 in the new draft.

The most significant change is the pipeline of new LNG-based power projects being cut by nearly half, dampening expectations that Vietnam will be the next big market for LNG in Southeast Asia and raising questions about the role of gas in Southeast Asia's energy transition.

At COP26, Prime Minister Pham Minh Chinh pledged Vietnam would achieve net zero carbon emissions by 2050, the country signed the Global Methane Pledge aimed at reducing methane emissions, and committed to phase out and not build or invest in new coal-fired power generation under the Global Coal to Clean Power Transition Statement.

The pledges came amid widening curbs on fossil fuel projects such as a policy shift by the Biden administration in the US that opposes oil and gas project financing by multilateral development banks key to financing infrastructure projects in developing countries like Vietnam.

Market participants expect an impact on the feasibility of several LNG-to-power projects in Vietnam mostly proposed by US companies under the Trump Administration.

Even China, one of the major financiers for Vietnamese coal plants, in September declared an end to overseas funding for coal.

Meanwhile, most of Vietnam's domestic oil and gas production is already on the decline. Its gas output has not seen any significant change in recent years, since it has not been able to push forward major gas projects such as Exxon's Ca Voi Xanh and PetroVietnam's Block B.

PetroVietnam's subsidiary PV Gas' dry gas supply fell to 8.7 billion cubic meters in 2020 from 9.95 bcm in 2019 and 9.7 bcm in 2018. The company attributed the decline to the drop in production at major gas fields.

For Block B, considered one of Vietnam's largest upstream projects that has been delayed for years, project partners Japan's Mitsui Oil Exploration Co. Ltd. (MOECO) and Thailand's PTT Exploration Production (PTTEP) recently sent a letter to the government asking authorities to help push forward the project.

Investors called on the Vietnamese government to direct state utility Vietnam Electricity or EVN to make a commitment to purchase gas from the project for planned power plants so upstream operations could achieve first gas by the end of 2025, according local media reports last week.

To rejuvenate the petroleum sector, MoIT is drafting amendments to the Petroleum Law that will need approval from the National Assembly. The amendments are designed to attract more foreign investment.

Under a draft released in October, MoIT said most of the country's major oil and gas fields were aging but newly-discovered fields were mainly marginal ones located in offshore areas, making it difficult to attract foreign investments in the sector.

The ministry is considering some changes in the product-sharing contracts to make upstream blocks more attractive to foreign investors.

Another amendment will help regulate investors who implement the entire project, from carrying out exploration and production activities to building pipeline and processing plants (for natural gas processing), such as the Exxonmobil's Ca Voi Xanh project.

Current regulations apply only to operators of upstream projects, and a wider remit is expected to clarify the role of end-to-end integrated gas companies. Overall, Vietnam may seek to focus more on developing domestic assets than importing LNG. 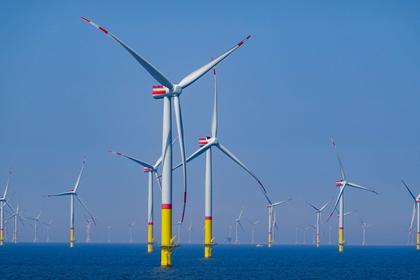 VIETNAM COAL POWER WILL UP
The draft Power Development Plan 8 (PDP 8) of Vietnam forecasts an installed capacity of 144 GW in 2030, with coal-fired power plants accounting for 31% of the country's installed capacity in 2030.
English 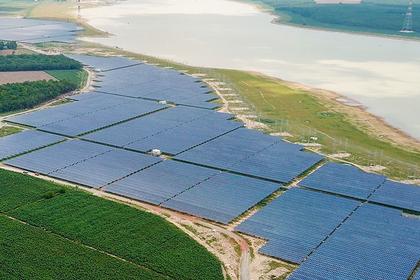