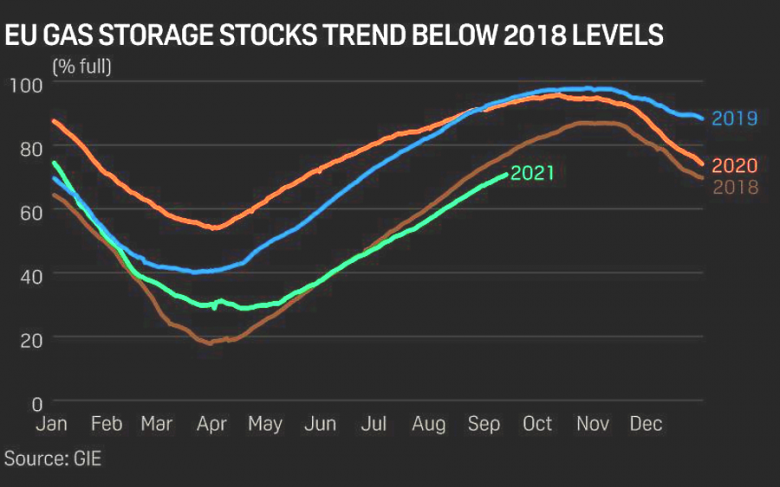 PLATTS - 01 Dec 2021  - With the European gas market remaining tight and prices still at sustained highs, the outlook for the weather this winter across the continent -- and its potential impact on demand -- continues to be closely watched.

A very cold winter could trigger increased gas demand for heating and power generation at a time when European gas stocks remain well below the average for the time of year and supply from Russia continues to disappoint.

According to data from Gas Infrastructure Europe, storage sites in the EU and UK were just 68.5% full as of Nov. 29, compared with a level of almost 89% at the same time last year.

In the past week, temperatures have fallen well below seasonal normal in western Europe, which has seen an acceleration in EU gas storage withdrawals to meet heightened demand.

Concerns over winter gas supply and the prospect that Europe could see its stocks fall to unprecedented lows before the end of the current winter have helped keep prices at close to record highs.

Platts assessed the TTF day-ahead price at a record high of Eur116.10/MWh on Oct. 5.

While much of Europe has seen a cold end to November and start to December -- Spain's Enagas issued a cold weather warning for Spain for the last week in November -- medium-range forecasts suggest Europe may see a slightly milder winter than normal.

In its latest forecast Nov. 29, the Weather Company said most of Europe would see temperatures slightly above seasonal norms in January and February following a colder than usual December for continental Europe.

The closely-watched forecast also points to a much warmer March than in previous years.

For December, the UK is set for temperatures around the seasonal norm, a view echoed by the UK Met Office in its latest short-range forecast.

For the period Dec. 15-29, it said temperatures would likely be milder than earlier in the month "with temperatures near to above normal, although some colder spells remain possible."

Online weather service Severe Weather Europe (SWE) also said in its winter forecast last month that Europe was expected to have warmer than average temperatures over most of the continent, particularly toward the east.

"Temperatures are not anticipated to be prone to any extreme variations for the first half of the winter. This could spell relief for residents across Northern Europe concerned about heating costs this winter," it said in its winter forecast.

With the winter only just under way, there remain concerns however that cold weather could impact the European gas market.

"Everything comes down to how severe the winter will be," Annie Krist, the head of Dutch gas trader GasTerra, said in late November.

"Not only here, but also in the northern part of Asia. We could be in the same situation next winter, as there is no commercial incentive for filling storages over summer," Krist said at the S&P Global Platts European Gas and LNG conference.

Glenn Vinvand Kviljo from Norway's state-controlled Equinor also warned of price spikes in the event of a cold winter. "We are seeing the global drivers in supply and demand play out, and the range of outcomes becomes extreme when global stocks are at this low level," he said.

"We are starting to draw down those stocks in November... and we are well below the five-year range. When the situation is like that, you will have the risk premium in the market, and this hand-to-mouth volatility."

"There is a 10% or 15% probability that the winter is very cold and significantly colder than average," he said.

"If that is the case, there is not enough gas in the world to supply Europe's needs and to supply northern Asia's needs," he said, adding that there was also then a "5%, 10%, 15%" chance that prices could spike above the highs already seen in global markets.

The weather phenomenon La Nina -- which has a strong correlation with colder winters in northern Asia -- is also set to play a role in this year's winter weather.

That would mean a colder winter in huge demand centers such as China, Japan and South Korea.

However, the Weather Company said its analysis of La Nina impacts provided "conflicting conclusions" for Europe, but that such events usually have only a relatively small impact on European winters. 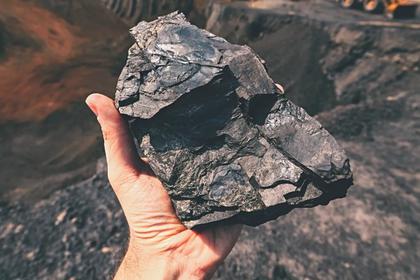 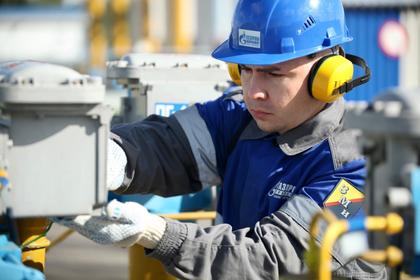 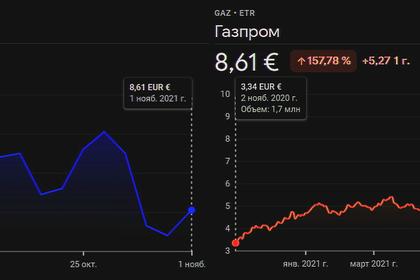 GAZPROM PRODUCTION, SUPPLIES UP
According to preliminary data, Gazprom produced 422.6 billion cubic meters of gas in January–October of 2021, which is 15.8 per cent (or 57.7 billion cubic meters) more than in the same period of last year.
Русский | English 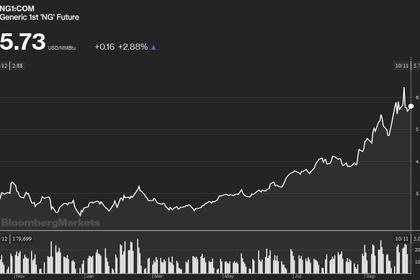 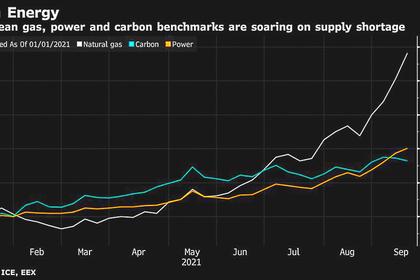 EUROPEAN ENERGY PRICES UP
Benchmark European power prices have rocketed this year, more than trebling in Spain and elsewhere
English 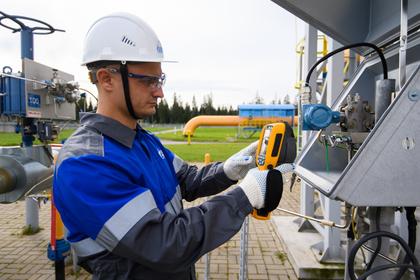