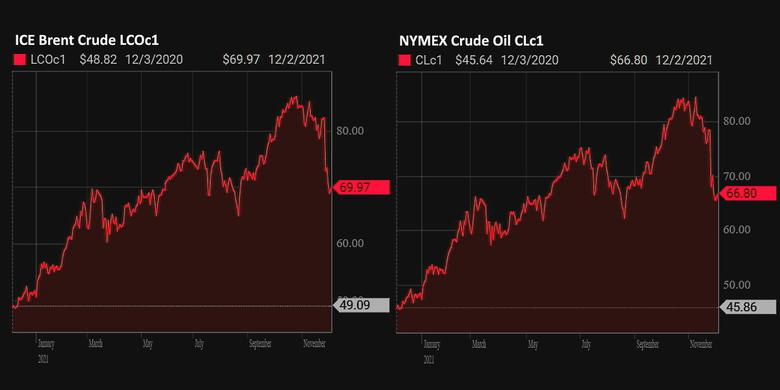 REUTERS - Dec 2 - Oil prices rose on Thursday, more than recouping the previous day's losses, as investors adjusted positions ahead of an OPEC+ decision over supply policy, but gains were capped amid fears the Omicron coronavirus variant will hurt fuel demand.

"Investors unwound their positions ahead of the OPEC+ decision as oil prices have declined so fast and so much over the past week," said Tsuyoshi Ueno, senior economist at NLI Research Institute.

Global oil prices have lost more than $10 a barrel since last Thursday, when news of Omicron first shook investors.

"Market will be watching closely the producer group's decision as well as comments from some of key members after the meeting to suggest their future policy," Ueno said.

The Organization of the Petroleum Exporting Countries and its allies, together known as OPEC+, will likely decide on Thursday whether to release more oil into the market as previously planned or restrain supply.

Since August, the group has been adding an additional 400,000 barrels per day (bpd) of output to global supply each month, as it gradually winds down record cuts agreed in 2020.

The new variant, though, has complicated the decision-making process, with some observers speculating OPEC+ could pause those additions in January in an attempt to slow supply growth.

"Oil prices climbed as some investors anticipate that OPEC+ will decide to maintain the current supply levels in January to cushion any damage on demand from the Omicron spread," said Toshitaka Tazawa, an analyst at Fujitomi Securities Co Ltd.

Fears over the impact of the Omicron variant of the coronavirus rose after the first case was reported in the United States, and Japan's central bank has warned of economic pain as countries respond with tighter containment measures.

Crude inventories (USOILC=ECI) fell by 910,000 barrels in the week to Nov. 26, the Energy Information Administration (EIA) said, compared with analyst expectations in a Reuters poll for a drop of 1.2 million barrels. 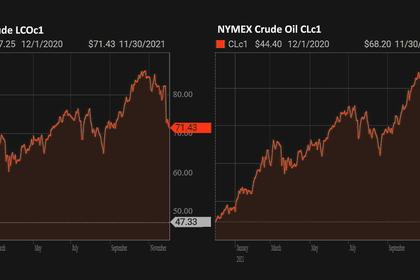 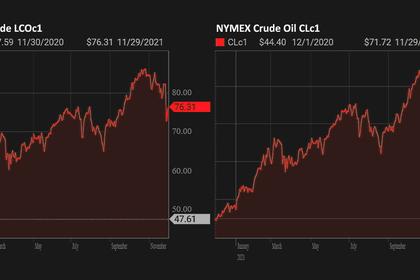 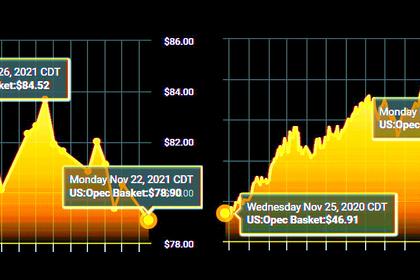 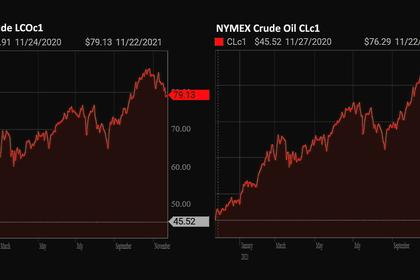