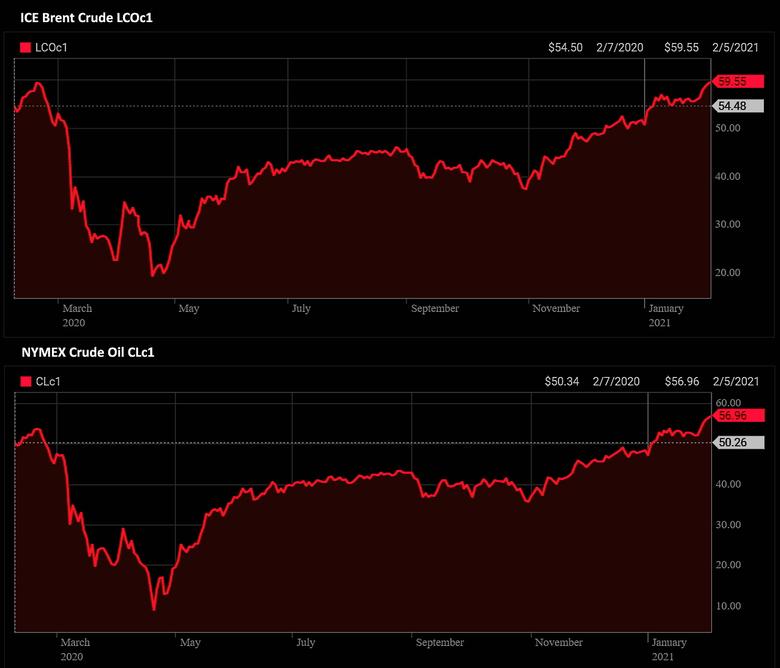 REUTERS - FEBRUARY 5, 2021 -  Oil prices climbed on Friday to their highest levels in a year, extending a run of strong gains on signs of economic growth in the United States and a continued commitment by producers to hold back crude supply.

“Rising confidence in an upturn in economic and oil demand recovery around the corner is a major impetus for crude,” said Vandana Hari, energy analyst at Vanda Insights.

“Right now, the concurrent tightening of supply due to the additional Saudi cuts is adding to the tailwinds,” Hari said. “Brent may be well on its way to the $60 milestone.”

In a sign of tightening crude oil supplies, the six-month backwardation in Brent and WTI futures - when the price for prompt delivery is higher than the price for future delivery - jumped to 13-month highs for both contracts at $2.41 and $2.30 a barrel, respectively.

Markets were encouraged by stronger-than-expected orders for U.S. goods in December, pointing to strength in manufacturing, and hopes for swift approval by lawmakers of President Joe Biden’s proposed $1.9 trillion coronavirus aid plan.

“OPEC+ discipline has been a real positive,” said Michael McCarthy, chief market strategist at CMC Markets, referring to the Organization of the Petroleum Exporting Countries and allies led by Russia. The alliance this week reaffirmed its support for deep supply cuts which have helped to bring down swollen global crude stockpiles.

“And then when we have signs of better economic growth, then it’s up and away (for prices),” said McCarthy.

“When demand drives commodity prices, it has a more bullish impact and leaves a more lasting reflection on price action,” Innes said in a note. 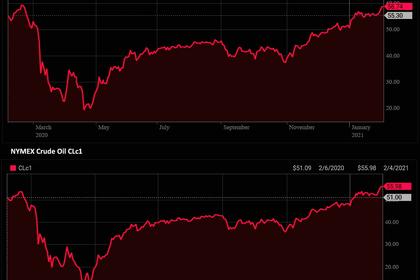 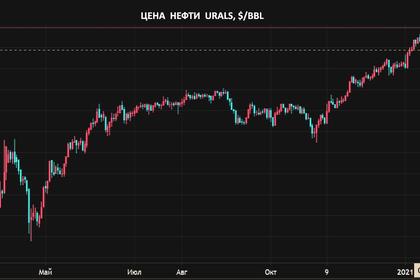 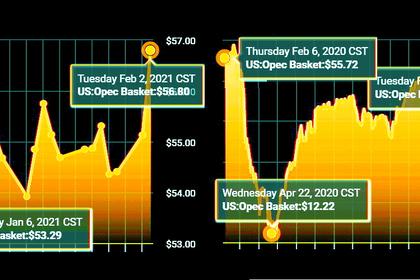 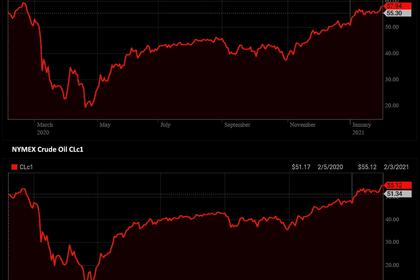 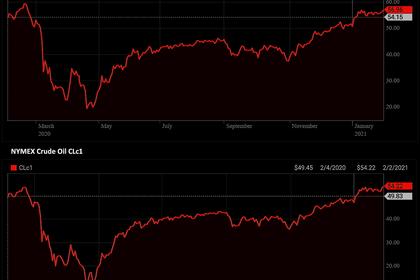 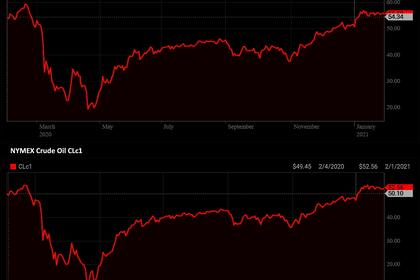 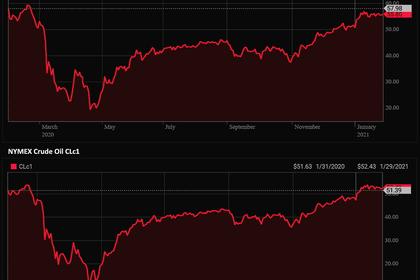