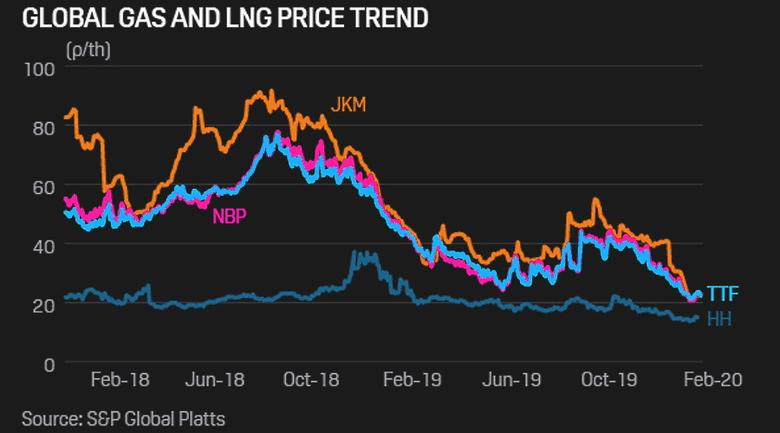 REUTERS - MARCH 2, 2021 -  The price of spot liquefied natural gas (LNG) in Asia has retreated almost as fast as it surged during a cold winter snap, leaving a market grappling with how best to deal with the recent extreme volatility.

The weekly assessment for spot LNG LNG-AS cargoes dropped to $5.60 per million British thermal units (mmBtu) in the week that ended Feb. 26, the lowest since early October and about 81% below the peak of $29 on Jan 15.

The true drop is probably even greater, as there were reports of a small number of cargoes trading at prices up to $34 per mmBtu amid a flurry to secure cargoes as colder-than-expected weather gripped North Asia, home to the world’s three biggest importers: Japan, China and South Korea.

There are two main lessons from the unprecedented 1,468% rally from the coronavirus pandemic-inspired record low of $1.85 per mmBtu in May last year to the peak, and the subsequent rapid retreat in spot LNG prices.

The first is that a spike in demand on the back of something unexpected can overwhelm available supply, even if the market is in a slight oversupply situation on an annual basis as a whole.

The second is that the best way to deal with unanticipated volatility is to ensure that storage levels are adequate to meet all contingencies, and that natural gas stockpiles can be easily accessed and quickly moved to where demand is highest.

When looking at storage it appears that much of the problem is more about China, which has rapidly boosted its imports of both LNG and pipeline natural gas as it switches to the cleaner-burning fuel from more polluting coal boilers for industry and residential heating.

The 2021 LNG outlook published by Royal Dutch Shell showed China’s natural gas storage capacity as a percentage of annual demand was about 7%, compared with around 18% in Japan, 14% in South Korea and 25% across Europe.

This relatively small storage capacity and China’s widespread demand gives the world’s second-largest economy less room to manoeuvre when there is a sudden increase in demand, as happened recently.

The country then has little choice but to go to the spot market and pay the prevailing rate for what cargoes are left.

LNG flows data compiled by Refinitiv supports this view, with China’s imports of LNG spiking higher in December, January and February in comparison to the more mature markets of Japan and South Korea.

China discharged 8.27 million tonnes of LNG in December and 8.33 million in January, both months exceeding the record of 7.14 million set in December 2019, according to Refinitiv vessel-tracking and port data.

December’s LNG imports were 15.8% above the same month a year earlier, while January’s were 36.3% higher.

China’s February imports showed the start of the seasonal decline, falling to 5 million tonnes, although this was still 26.6% above the level of February 2020.

Overall, China imported 21.6 million tonnes in the three months from December to February, which was 25.6% higher than for the same period a year earlier.

Japan imported 24.2 million tonnes for the December to February period, an increase of 13.3%, while South Korea’s imports of 14.09 million tonnes were only 4.1% above the same three months a year earlier.

China does have ambitious plans to build new natural gas storage, aiming to triple underground capacity from about 13 billion cubic metres (bcm) to more than 40 bcm by 2030.

This would go a long way toward providing a buffer against demand-led spikes as seen this past winter, but much will depend on how quickly China achieves its construction goals. 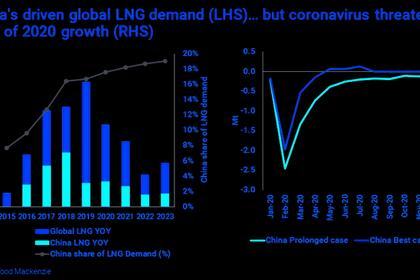 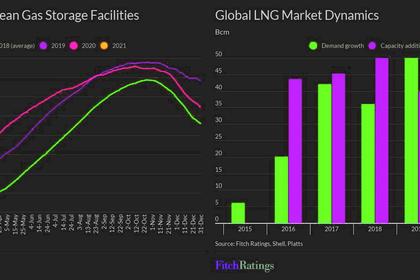 LNG DEMAND UP
Growing liquified natural gas (LNG) demand will reduce market oversupply in 1H21, with volumes of gas in European storage facilities already normalised due to the cold winter in the northern hemisphere,
English 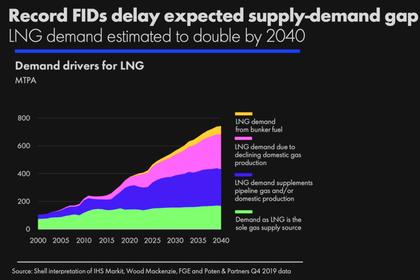 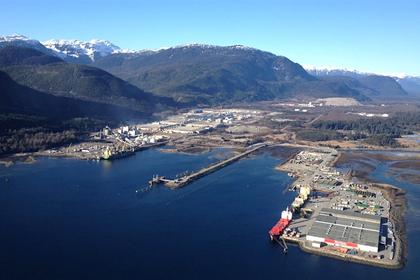 LNG PRODUCTION DOWN
LNG Canada initially is to consist of two trains that together would provide 14 million metric tons/year of gas.
English 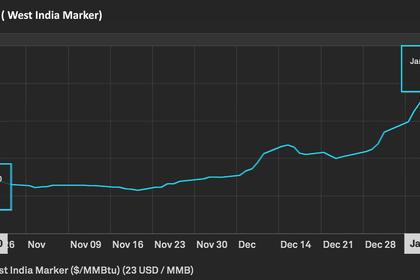 LNG PRICES UP ANEW
Spot LNG prices LNG-AS have nearly tripled since early November as freezing temperatures across North Asia boosted demand and depleted inventories. Since July, prices are up a dizzying 1,000%.
English

LNG PRICES UP
The combination of a severe cold snap in Asia, supply outages and maritime congestion has propelled spot prices for LNG to previously unforeseen heights. The North Asian price benchmark has now risen 18-fold in less than nine months, outperforming other commodities
English 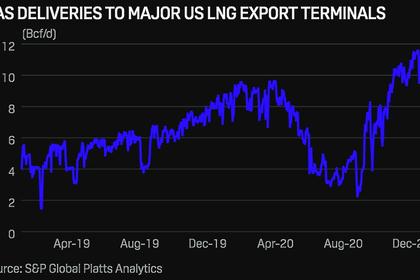