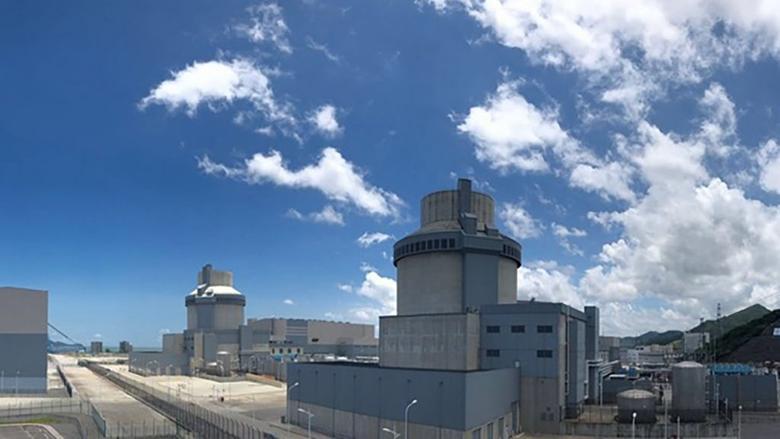 WNN - 03 March 2021 - China will have the world's largest nuclear power fleet within a decade, while most of the units in longstanding nuclear regions - Japan, the European Union and the USA - are facing the end of their original 40-year design lifetime, Brent Wanner, lead of World Energy Outlook Power Sector Modelling & Analysis at the International Energy Agency (IEA), said yesterday. Without policy support for the long-term operation of the existing fleet, this trend is certain to continue, he told delegates at the High-Level Workshop on Nuclear Power in Clean Energy Transitions, which the IEA held jointly with the International Atomic Energy Agency (IAEA).

In a statement to introduce the webinar, the IEA and IAEA noted that, from 2020 to 2050, global electricity demand is projected to more than double. However, in advanced economies where nuclear represents the largest source of low-carbon electricity, nuclear power is losing ground, with plants closing and limited investment in new construction at the time when the world requires more low-carbon electricity. This is despite the fact that clean energy transitions are accelerating around the world, with commitments made under the Paris Agreement and an increasing number of pledges to reach net-zero emissions around the middle of the century.

Hosting the first of the event's two sessions - The Role of Nuclear Power in Electricity: Trends and Projections - Banner noted that, as a mature commercial low-carbon technology, nuclear power can make an important contribution, provided the necessary energy policies and market designs are established to facilitate investments in dispatchable, low-carbon power generation technologies.

Citing the IEA's Global Energy Review 2020 report, released in April last year, Banner said that, with a 10% share, nuclear is still the second largest source of low-carbon electricity, after hydropower. But as IEA data published this week show, there has already been a rebound in global emissions following the drop in electricity demand during the pandemic, he said. Global energy-related CO2 emissions fell by 5.8% in 2020, primarily due to the impact of the COVID-19 pandemic on travel and economic activities. However, after hitting a low in April, global emissions rebounded strongly and rose above 2019 levels in December.

"In the advanced economies, including the United States, the European Union and Japan, nuclear power is actually the largest source of low-carbon electricity generation, providing more than hydropower, but also more than wind and solar PV combined, and it has done so for the last 30 years," Banner said. "The extent and the duration it's been a part of the energy system over the past 50 years means that nuclear power has helped avoid more than 60 billion tonnes of CO2 emissions worldwide. That's the equivalent of two years of global energy-related emissions today. Without nuclear power, CO2 emissions from electricity generation would have been almost 20% higher. Over this long period of time, nuclear power has contributed to the stability also of electricity systems, as it did in 2020."

This long-term contribution means however that the nuclear fleet is ageing.

"As of the start of 2019, we see the average age of nuclear plants in the United States was approaching 40 years, in Canada and the EU it was around 35 years, and in Japan it was around 30 years. And with original design lifetimes and for licences to operate for 40 years, that means there are coming decisions for the majority of the nuclear fleet in these regions about what will happen beyond that," he said.

The contribution of nuclear power could decline substantially in several leading markets while large growth is coming, as China takes first position within a decade, he said.

"Where there's been recent growth, particularly in China, the fleet of nuclear reactors is much smaller. And this gives a view into the future of nuclear power. The World Energy Outlook shows that, on the one hand, we have ageing fleets in advanced economies and very little construction going on, meaning that we will have a decline in production in the overall active nuclear fleets, moving forward over the next two decades. Then growth will largely be occurring, particularly in China, which will have the largest nuclear fleet by 2030. There is continued growth in Russia, but also in India and the Middle East. This is a shift in the centre of gravity over nuclear technologies in the world."

Solar PV is now the cheapest source of electricity in most countries and is set to triple before 2030 under the WEO's 'stated policies' scenario, alongside growth for wind power. But all low-carbon technologies are needed, he said. "Over the next 20 years, solar PV is the new king of electricity. It will be the largest, fastest growing source of electricity worldwide. There's a major switch from what happened in the last 20 years, from where coal was king, to where solar is very clearly king."

If the WEO's 'sustainable development' scenario is followed, then the growth of low-carbon generation will be much larger and much faster, "pushing out unabated coal-fired generation very rapidly", he added.

There are three main reasons why solar PV is growing so rapidly, he said. Firstly, the costs of new projects are amongst the lowest of any source of electricity in most countries. Secondly, there is policy support for solar PV in more than 130 countries. And thirdly, financing tends to be very cheap, in part because of that policy support. "Those are conditions that we see also for wind power, but less so for nuclear power and carbon capture and storage," he said.

"We shouldn't forget that nuclear power is part of a cost-effective energy transition. In our analysis, where we have further lifetime extensions for nuclear power plants in countries that are open to that option, and where continued safe operations continue, in our 'sustainable development' scenario, there's modest investment in nuclear power, but that helps take advantage of the existing sites and electricity networks, and keeps investment as modest as possible in these clean energy transitions. And so the cost-effective pathway we see is investment in the order of USD8.5-9 trillion over the next 20 years, whereas if we do not extend the lifetime of nuclear reactors, and we shift the focus even more on to renewables - which is going to be the dominant source of low-carbon generation in all of these scenarios - that will increase the overall investment needed and the overall costs, not only the investment in those technologies but also in the supporting grids and balancing requirements."

His remarks underlined the conclusion of a recent IEA and OECD Nuclear Energy Agency report, Projected Costs of Generating Electricity - 2020 Edition, that electricity from the long-term operation of existing nuclear plants constitutes the least-cost option for low-carbon generation.

Underlining the importance of the IEA's plan to publish later this year the world's first comprehensive roadmap for the energy sector to reach net-zero emissions by 2050, Banner said: "First we need to recognise that the stated policies, including the Nationally Determined Contributions, but also the net-zero by 2050 commitments that have been announced, will not bring us all the way to where we need to go. And so there is a need to sit with experts, regionally and globally, to explore the opportunities for nuclear power both in decarbonising electricity and in other applications, including decarbonising heat and potentially other fuel supplies through the production of hydrogen, for example."

The net-zero by 2050 pledges declared so far, including China's ambition to reach net-zero emissions by 2060, "only cover about half of the gap" between the WEO's 'stated policies' scenario and 'sustainable development' scenario, he said. "This calls for a much sharper reductions, getting to about 10 gigatonnes by 2050, and of course that's to say nothing of reaching net-zero emissions by then." 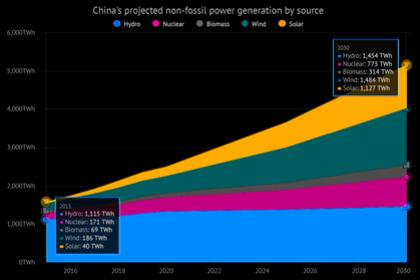 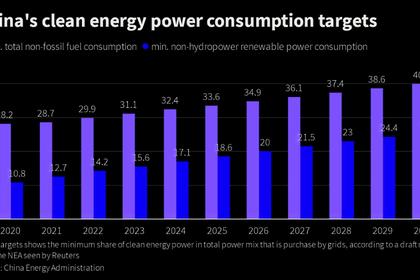 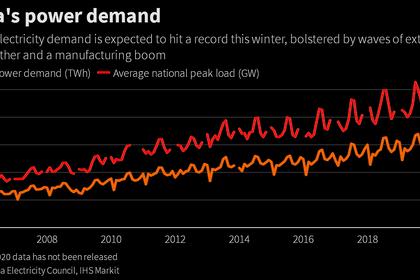 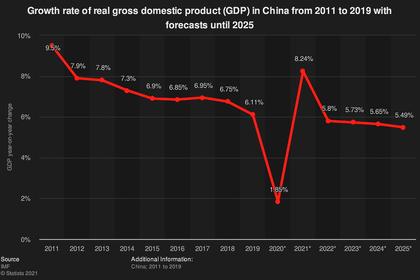 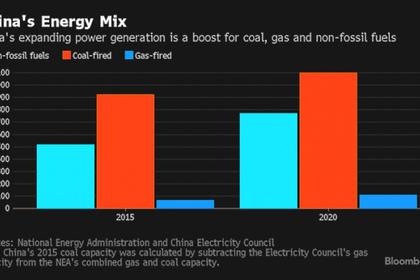 CHINA'S NON-FOSSIL ENERGY
China has been increasing the overall utilization rate of renewable energy, with the national average consumption rate of wind power reaching 96 percent, that of solar photovoltaic power hitting 98 percent, and that of water energy in major river basins reaching 96 percent in 2019,
English
All Publications »
Tags: CHINA, NUCLEAR,
OIL PRICE: BRENT BELOW $88, WTI ABOVE $81