NORD STREAM 2: EXCEPT FOR SANCTIONS 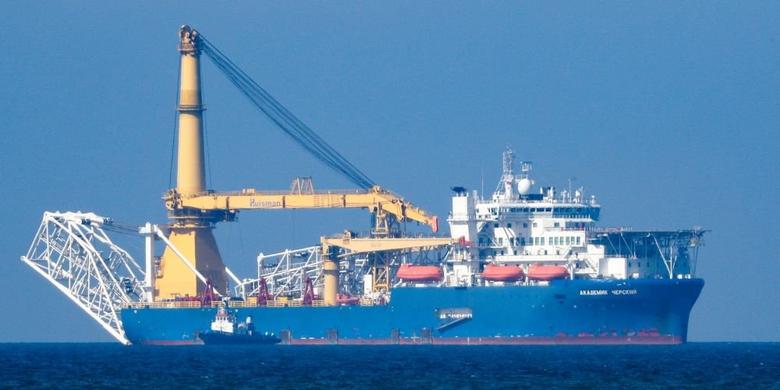 NORD STREAM 2: EXCEPT FOR SANCTIONS

The Adakemik Cherskiy -- which has dynamic positioning capabilities allowing for accelerated pipelaying -- will join the Fortuna pipelayer carrying out work south of the Danish island of Bornholm in the country's Exclusive Economic Zone (EEZ).
The Fortuna, which uses anchors in pipelaying meaning a slower rate of work, resumed operations in Danish waters on Feb. 6.

"The Akademik Cherskiy departed from the port of Wismar in Germany and transited in the direction of Kaliningrad to undergo sea trials," the developer said in emailed comments.

"Upon the sea trials completion, the vessel will start pipelay works in the Danish EEZ," it said.

Being able to use two pipelaying vessels will speed up work on completing Nord Stream 2, which before the Fortuna resumed work had around 150 km left to lay out of a total 2,460 km of the two-string pipeline.

The Akademik Cherskiy has long been considered as a likely candidate to lay the remaining pipeline.

It arrived at the port of Wismar on Jan. 24, according to S&P Global Platts trade flow software, cFlow.

Wismar was also the last port of call for the Fortuna before it resumed pipelaying work in Danish waters last month.

Nord Stream 2 said it has now submitted the relevant notification to the Danish Maritime Authority (DMA) to use the Akademik Cherskiy for pipelaying offshore Denmark.

According to the notice to seafarers, work is being carried out by the pipelaying vessels Fortuna and Akademik Cherskiy, assisted by the construction vessels Baltiyskiy Issledovatel and Murman.

The notice is valid until September 2021.

The timeline for completing the pipelaying work on Nord Stream 2 remains uncertain, however.

The Fortuna has been working at a slower rate than the Pioneering Spirit, which laid much of Nord Stream 2 before its owner, Switzerland's Allseas, halted work in December 2019 due to the threat of US sanctions.

In addition, it was thought that the Fortuna was only laying one string of Nord Stream 2 for now, and that it would likely take months for it to complete even one string.

However, with the Akademik Cherskiy joining the effort, pipelaying is likely to be completed much more quickly.

The Fortuna has been laying the pipeline since Feb. 6 despite having sanctions imposed against it and its owner KVT-RUS in one of the final acts taken by the Trump administration on Jan. 19.

The Biden administration, in a report to Congress on Feb. 19, also pointed to only two sanctions designations related to Nord Stream 2 -- against the Fortuna and KVT-RUS.

There had been calls for the Biden administration to intensify sanctions designations to include a wide range of companies involved in the construction of Nord Stream 2, including service companies, insurers and certification companies.

The US has a number of legislative tools at its disposal for applying sanctions against companies involved in Nord Stream 2's completion.

They include the 2020 National Defense Authorization Act (NDAA), which in December 2019 forced Allseas to halt work, and its updated version approved in 2021 that includes new provisions related to Nord Stream 2 under the Protecting Europe's Energy Security Clarification Act (PEESCA).

These expand the threat of US sanctions against companies that provide services to ships laying the Nord Stream 2 pipe and companies that carry out pipeline testing, inspection or certification activities.

The sanctions were imposed by the Trump administration against KVT-RUS and the Fortuna under the separate Countering America's Adversaries Through Sanctions Act (CAATSA). 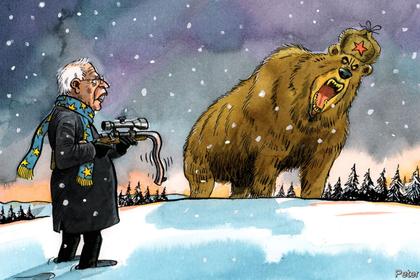 NORD STREAM 2 SANCTIONS FOR ALL
"The US has decided to put the Nord Stream 2 project in a broader geopolitical framework and is threatening all industries or parties involved in the project with sanctions," Wintershall Dea said.
English 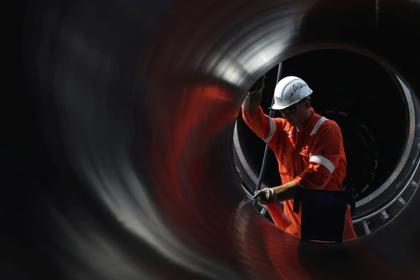 NORD STREAM 2 SANCTIONS: NOT ENOUGH
There had been calls for the Biden administration to intensify sanctions designations to include a wide range of companies involved in the construction of Nord Stream 2, including service companies, insurers and certification companies.
English 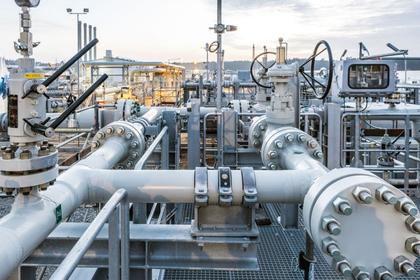 NORD STREAM 2: SUPPORTING GERMANY
Despite U.S. sanctions against the pipeline, Berlin has stood by Nord Stream 2, which it says is a commercial project.
English 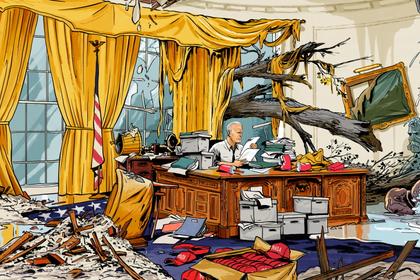 NORD STREAM 2 SANCTIONS ANEW
President Joe Biden believes the pipeline is a "bad deal" for Europe, his spokeswoman Jen Psaki has said, and many U.S. lawmakers are pushing for sanctions.
English 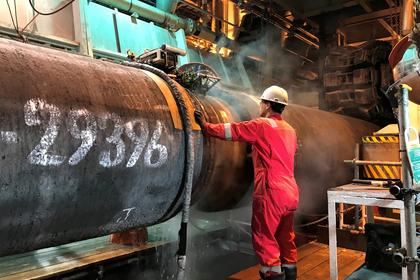 NORD STREAM 2 SANCTIONS CONTINUED
Some 150 km of Nord Stream 2 remains to be laid in Danish and German waters, but the threat of US sanctions against companies involved in laying the pipeline has led to long delays in its completion.
English 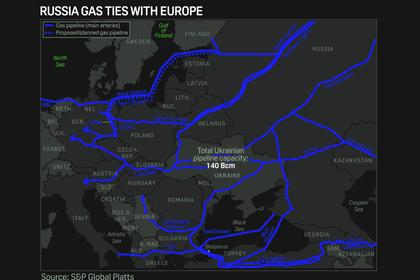 NORD STREAM 2: U.S., GERMANY NEGOTIATION
Reports this week in the German press suggested the administration of new US President Joe Biden would be open to direct negotiations with Germany over the pipeline.
English 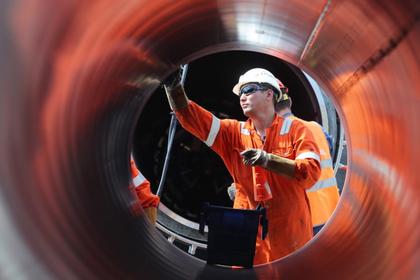 NORD STREAM 2 SANCTIONS AGAIN
France's Engie is one of five European energy companies that have lent financial support to Nord Stream 2, which remains incomplete with some 150 km left to lay in Danish and German waters.
English
All Publications »
Tags: NORD, STREAM, SANCTIONS
OIL PRICE: BRENT ABOVE $110, WTI ABOVE $104