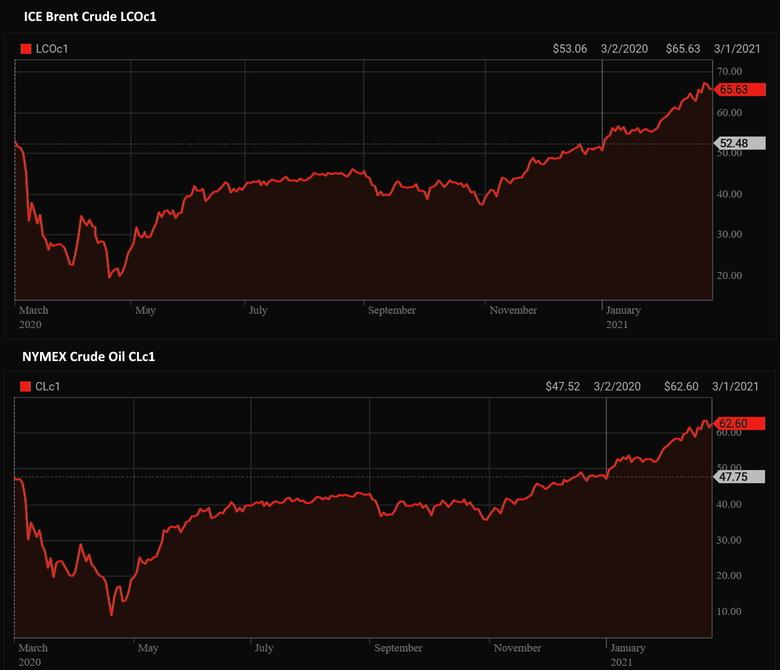 Front-month prices for both contracts touched 13-month highs last week, slipping back on Friday along with wider financial markets following a bond rout amid inflation fears.

“Oil prices are recovering this morning in line with most risk assets on the back of the U.S. stimulus bill passing the House,” Stephen Innes, chief global markets strategist at Axi, wrote in a note on Monday.

Manufacturing data from top Asian oil importers were mixed, however, as China’s factory activity growth slipped to a nine-month low in February, while manufacturing in Japan expanded the fastest in more than two years.

Crude supplies going into top importer China are expected to ease in the second quarter as the oil price rally cooled demand. Preliminary data also showed that South Korea’s February imports are down 14.7% from a year earlier.

The Organization of the Petroleum Exporting Countries (OPEC) and its allies, a group known as OPEC+, will meet on Thursday and could discuss allowing as much as 1.5 million barrels per day of crude back in the market.

“We think if the combined (OPEC+) increase does not exceed 500,000 bpd, that will be bullish for prices,” analysts at Singapore’s OCBC bank said.

Separately, Iran on Sunday dismissed opening talks with the United States and the European Union to revive the 2015 nuclear deal, insisting Washington must first lift the unilateral sanctions that have sharply reduced Iranian oil exports. 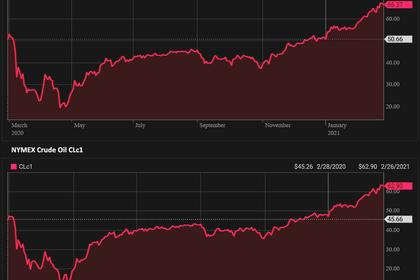 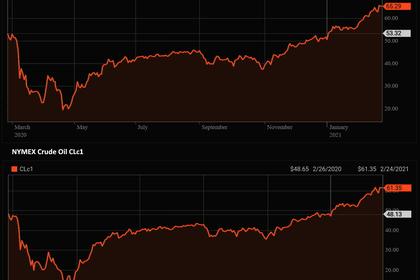 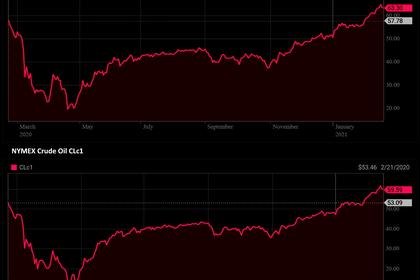 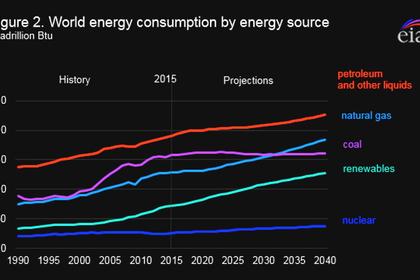 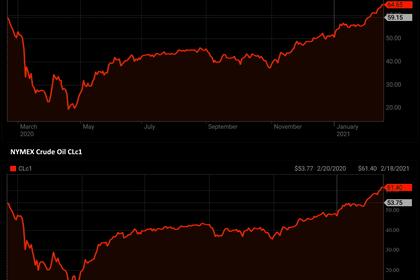 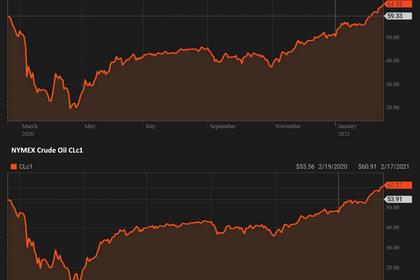