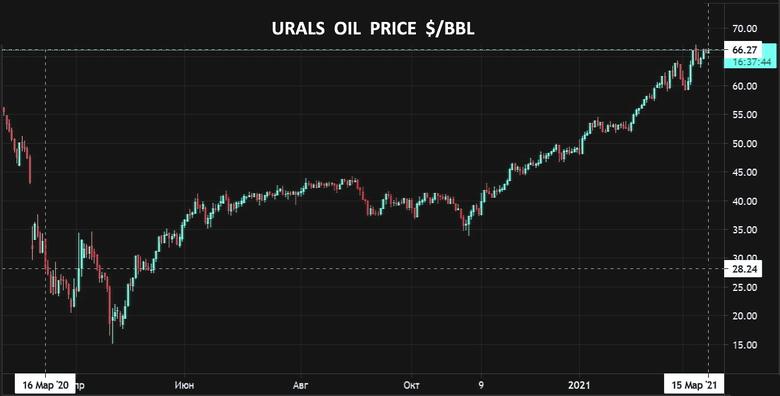 PLATTS - 12 Mar 2021 - Russia's hard-won crude output quota increase will come in handy in 2021 as the recovering market calls for additional barrels, analysts said, while the country's own production flexibility and spare capacity needs to be exercised to ensure stable supply in the long term.

The country's output quota has risen gradually throughout the year and stands at 9.249 million b/d, excluding condensate, through March.

Explaining Russia's rationale for pushing the OPEC+ group to allow it the 130,000 b/d increase in April, Deputy Prime Minister Alexander Novak listed fewer coronavirus cases in the country and rising demand for oil products due to lifted mobility restrictions.

In addition, Moscow sees global oil supply in a deficit of 1 million-2 million b/d at the moment, as the world economy continues to recover driving oil demand up by 5.5 million b/d this year.

As a result, S&P Global Platts Analytics assumes global oil supply will rise by 3.2 million b/d in 2021, while "the call on Saudi and Russian crude rises to 10 million-10.5 million b/d by year-end."

So far, Russian companies have shown notable flexibility in managing production levels depending on market conditions, as seen last year when demand was heavily hit by the coronavirus pandemic.

"In May 2020, Russia fulfilled its obligations to cut production by a whopping 1.8 million b/d -- 18% in relation to the average daily production in April -- by 95%. And already in August, production was raised by 420,000 b/d," Daria Kozlova, director of oil & gas industry regulatory consulting at Vygon Consulting, said.

By April, the country plans to restore oil output by 890,000 b/d, or 45%, of the initial 1.8 million b/d cut agreed with the OPEC+ group, according to the energy ministry's estimates.

"We assume this could be brought online in as little as three months if all OPEC+ restrictions were lifted, and certainly within six months," Paul Sheldon, chief geopolitical adviser for S&P Global Platts Analytics, said.

Despite the seeming success in optimizing their drilling program, Russian companies may still face some obstacles in recovering production once the OPEC+ limitations are eased.

"There are some peculiarities. Due to the geological and technical features of the fields in Russia, especially in traditional regions such as Western Siberia, increasing drilling is required to restore production," Kozlova said.

In addition, monthly changes to the OPEC+ quotas increase the uncertainty for investment planning, which may affect Russia's spare capacity in the future, she added.

The concern was raised by Lukoil CEO Vagit Alekperov during a call with investors this week, when he warned of a global oil supply deficit in the next five years due to insufficient investment.

As such, the company's spare capacity of 180,000 b/d is set to drop over time due to revisions in the well optimization program and "may take some time to recover to early 2020 levels," according to the management.

"The industry now needs a clear signal from the state on the long-term policy in the industry, including in terms of creating incentives for investment," Kozlova said.

"The market is recovering and given the decline in investment in exploration and production, there are risks of a new deficit in supply and oil prices as high as $200/b no longer look unreal," the analyst added.

Meanwhile, the Russian government continues to discuss how to launch and fund the Unfinished Well program, which was announced back in September 2020. The initiative aims to drive well drilling activities in Russia even if there is no production need during the OPEC + deal.

Even before the OPEC+ quotas were loosened, leading Russian companies announced plans to increase gas and condensate output in 2021, taking advantage of the fact that the latter is excluded from the agreement on production curtailment.

While the fate of Gazprom's almost-complete 55 Bcm/year Nord Stream 2 gas pipeline remains shaky, with the latest launch date pushed back until the end of the year, other majors seek to launch more gas projects in the future.

Rosneft, for one, intends to increase the share of gas in its portfolio to 25% by the end of 2022, in addition to a planned increase in crude and condensate output, which was up 2% in Q4.

Similarly, Lukoil plans to boost hydrocarbons output by 2% in 2021, while Gazprom Neft is aiming at a 4% increase with the help of new condensate projects. 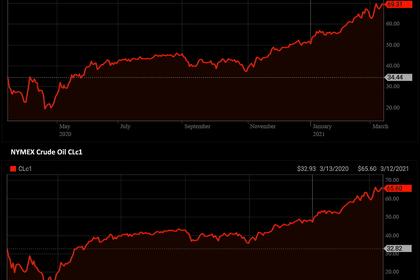 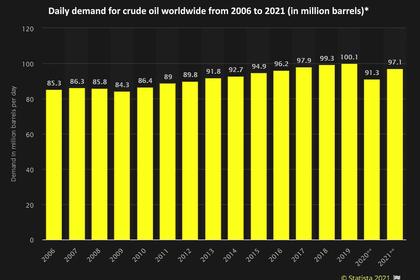 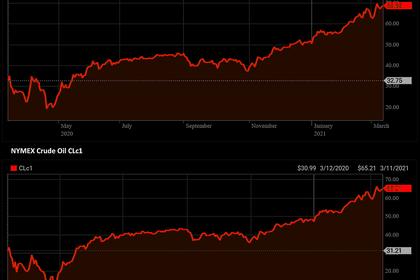 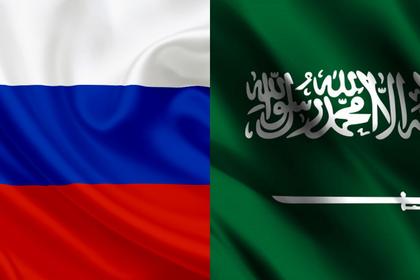 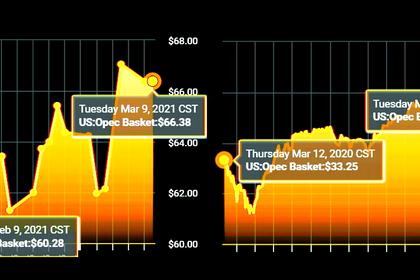 OIL PRICES RISKS
"As uncertainty, we note a possible increase in production by countries that are not members of OPEC+, as a result of rising prices," Novak said at the meeting with Putin, who praised his "efficient work" protecting Russia's share in the market.
English 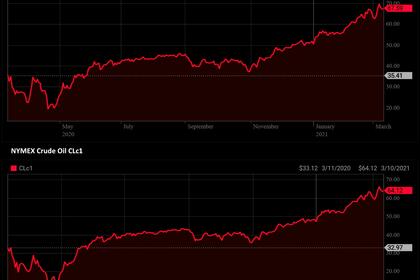 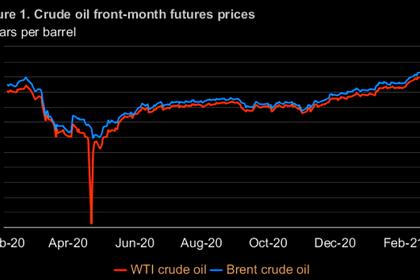