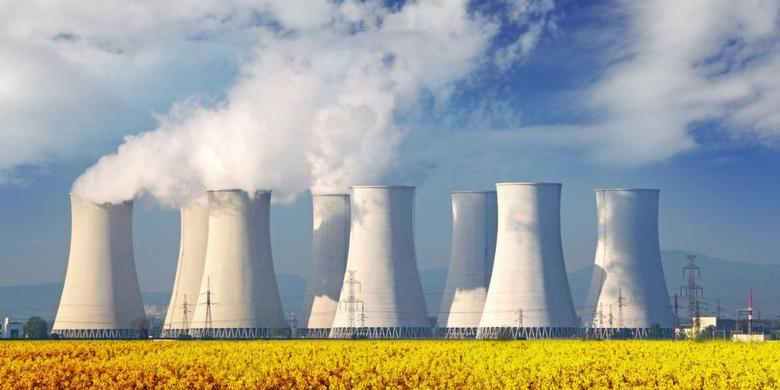 “Designed to operate for six decades or more and expected to streamline licensing processes, advanced reactors fit the bill for climate change mitigation, which requires both quick implementation and long-term sustainability,” said Stefano Monti, Head of the IAEA’s Nuclear Power Technology Development Section. “Public engagement and acceptance are crucial for the future of nuclear power, and, as reactor designs continue to improve from both a safety and economic perspective, so too will the global community’s perception of this vital source of low carbon electricity.”

Advanced reactors and associated fuel and fuel cycles represent the cutting edge of nuclear power technology. Their designs build on over six decades of research, development and lessons learned in nuclear power.

The IAEA works together with countries to identify and address challenges associated with the development of advanced reactors, such as technological innovation and safety design criteria. This support includes collaborative research projects and activities such as workshops with international experts, as well as cooperation with the Generation IV International Forum (GIF), an international cooperative endeavour that now includes 13 countries. Since its establishment in 2000, GIF has been carrying out research and development activities to support next generation nuclear energy systems.

Some distinguishing features of advanced reactors include enhanced thermal efficiency, waste minimization, optimized use of natural resources and the ability to address both electricity production and non-electric applications of nuclear power, such as hydrogen production. These features expand operating potential and vastly improve nuclear power plant economics.

There are two main categories of advanced reactors: ‘evolutionary’ and ‘innovative’. Evolutionary reactors offer a sturdy and immediate bridge to low carbon energy production, while the innovative reactors of tomorrow will further help countries on a low carbon path while significantly reducing high level radioactive waste and expanding non-electric applications of nuclear power.

At present, there are 15 evolutionary reactors in operation, with more on the horizon. Both South Korea’s APR1400 reactor and Russia’s VVER-1200 reactor offer pressurized water reactor designs with bolstered efficiency and advanced safety characteristics. In addition to the APR1400 reactor being deployed in South Korea, another reactor of this type is currently under construction in the United Arab Emirates, with the first unit set to go online in 2020.

Three VVER-1200 units are currently in operation in Russia and others are under construction in Bangladesh, Belarus, Russia and Turkey, with further units in Belarus expected to be commissioned in late 2020. The French-designed EPR reactor, which has two operational units in China and further units under construction in Finland, France and the United Kingdom, is designed to simplify plant operations while boosting generation capacity.

China’s 1090 MW(e) HPR1000 reactor, also known as the Hualong One, is under construction at sites across China and is planned for export to other countries, including Argentina and the United Kingdom, with the first units expected to begin operation in late 2020. It incorporates sophisticated passive and active safety systems, such as control rods that are inserted by gravity alone in the event of a loss of power, and a new containment structure that can withstand higher pressure, minimizing the chance of leaks in the event of a nuclear accident.

The AP1000, an 1157 MW(e) pressurized water reactor, is in operation at two nuclear power plants in China. This reactor’s relatively simple design includes fewer valves and has features that take advantage of natural forces, such as pressurized gas, gravity flow, natural circulation flow and convection, which have safety-related functions. Additional AP1000 units are under construction in the United States, with plans to begin generating electricity by 2022.

Innovative reactors are still under development, with construction on some designs potentially beginning around 2030. Their common design features include high operating temperatures necessary for both electricity production and other non-electric applications, such as hydrogen production, as well as highly robust inherent safety features, enhanced sustainability via waste minimization and optimized use of natural resources and special provisions to improve physical protection and proliferation resistance.

Some designs are also expected to include new types of coolants, such as liquid metal or molten salt, which allow the reactors to operate at ambient pressure and at much higher temperatures for greater efficiency. Some designs may also operate with a closed nuclear fuel cycle, with the aim of reducing the volume, toxicity and lifespan of radioactive waste.

A glimpse into the future of innovative reactors is offered by the BN-800 sodium cooled fast reactor, which is one of three fast reactors currently in commercial operation, along with an earlier version known as the BN-600, and the China Experimental Fast Reactor. Operating in Russia since October 2016, the BN-800 is powered by mixed oxide fuel, which is a combination of plutonium and uranium. Many innovative reactor designs are expected to operate using a similar physical principle, pushing the limits of nuclear power technology to the next level. Learn more about fast reactors here.

“While the next generation of nuclear power reactors may be quite a few years away from entering commercial operation, the progress that continues to be made in research and development initiatives is highly encouraging,” said Dohee Hahn, Director of the IAEA’s Division of Nuclear Power. “As we strive towards a clean energy future, it is clear that nuclear power will play a significant role in getting us to where we need to be.”

Researchers are also working on new ways to fuel nuclear reactors. The aim is to minimize the impact of nuclear waste and reduce operating and maintenance costs, while also improving nuclear plant performance and further strengthening nuclear safety.

One approach is through multi-recycling leftover uranium and plutonium from spent fuel — nuclear fuel after it has been irradiated. This recycled fuel can power the next generation of nuclear reactors and more efficiently use resources while reducing the volume and radiotoxicity of nuclear waste. With multi-recycling, reactors could potentially operate almost only on recycled spent fuel, rather than newly mined natural uranium resources.

Accident tolerant fuel (ATF) is a new, promising type of fuel being developed for current and future reactor designs. Using new and improved materials for the fuel and cladding (the outer tube surrounding the fuel), ATF can better withstand temperature changes and extreme conditions in a reactor. This means, for example, that it can endure the loss of active cooling in a reactor core for much longer than currently used fuels.

For advanced reactors, new types of fuels are being developed to last longer in the reactor core, meaning that they produce more energy and less waste. They use a mix of uranium and plutonium with a higher atomic density in different ceramic compounds, as well as in metals and alloys, to improve reactor performance. This makes the fuel more well suited for breeding, or producing, new fuel in fast reactors during operation. As the types of materials used in these fuels are also more efficient at transferring heat, the fuels’ overall temperature reduces and becomes more uniform, which increases safety. 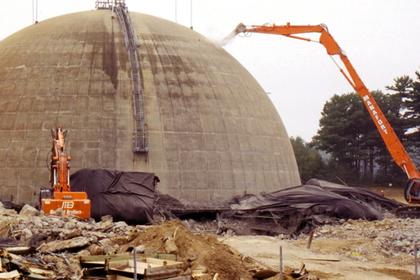