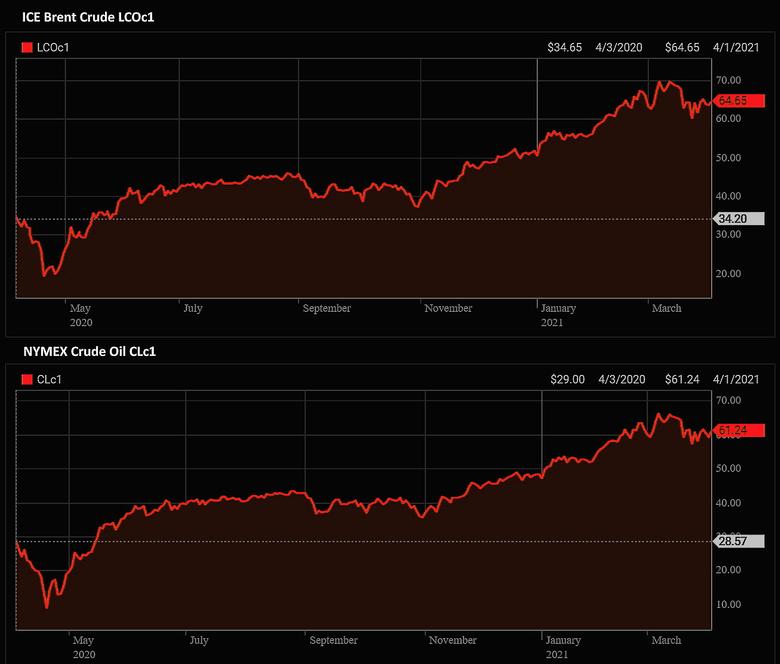 OPEC+, which comprises the Organization of the Petroleum Exporting Countries, Russia and other allied producers, agreed to ease production curbs by 350,000 barrels per day (bpd) in May, another 350,000 bpd in June and further 400,000 bpd or so in July.

Under Thursday’s deal, cuts implemented by OPEC+ would be just above 6.5 million bpd from May, compared with slightly below 7 million bpd in April.

Russian Deputy Prime Minister Alexander Novak said on Thursday he hoped global oil inventories, a key parameter for the oil industry, would return to their normal level in 2-3 months.

Jennifer Granholm, the new energy secretary appointed by U.S. President Joe Biden, had called on OPEC leader Saudi Arabia over policy and said energy should be kept affordable, signalling the group should consider a production hike.

“The major players have decided that its time to get barrels back in the market, which is surprising but does allow for some flexibility” said Bob Yawger, director of energy futures at Mizuho.

Russian Deputy Prime Minister Alexander Novak said in the meeting that he expected global oil demand to grow by 5-5.5 million barrels per day (bpd) this year.

OPEC+ has reduced output by about 7 million bpd to support prices and reduce oversupply. In addition, Saudi Arabia made an extra 1 million bpd voluntary cut.

OPEC+ has trimmed its oil demand growth forecast for this year by 300,000 bpd because of renewed lockdowns.

France entered its third national lockdown and schools closed for three weeks to try to contain a third wave of COVID-19 infections.

Despite the new wave, European markets have recovered most of their pandemic-driven losses on strong manufacturing activity.

March data showed euro zone factory activity growth galloped at its fastest pace in the history of the survey.

Oil also found some support after Biden outlined a $2.3 trillion spending plan to invest in traditional projects, such as roads and bridges, alongside tackling climate change.

But market sentiment was tempered by an unexpected rise in U.S. claims for unemployment benefits.

“The inventory data ... showed that the situation is continuing to normalise on the U.S. oil market,” Commerzbank analyst Eugen Weinberg said. 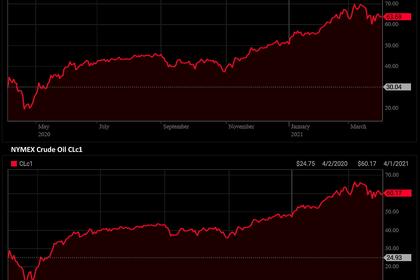 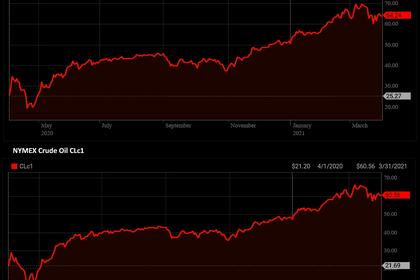 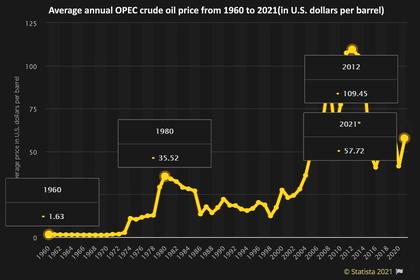 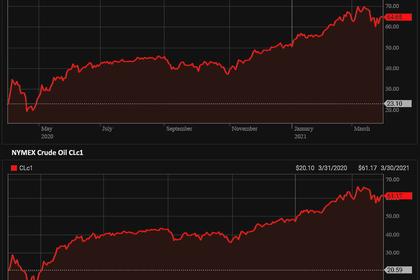 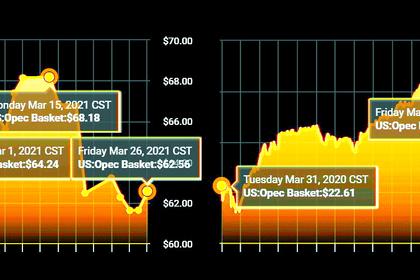 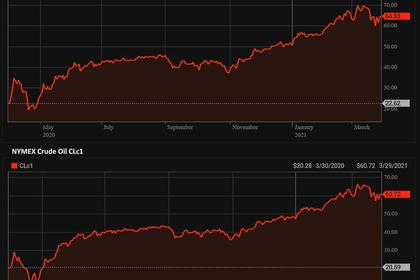 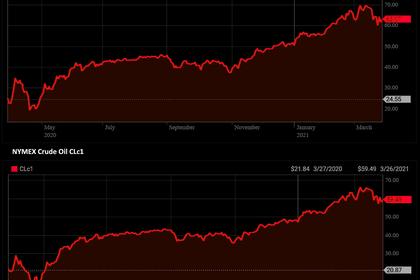