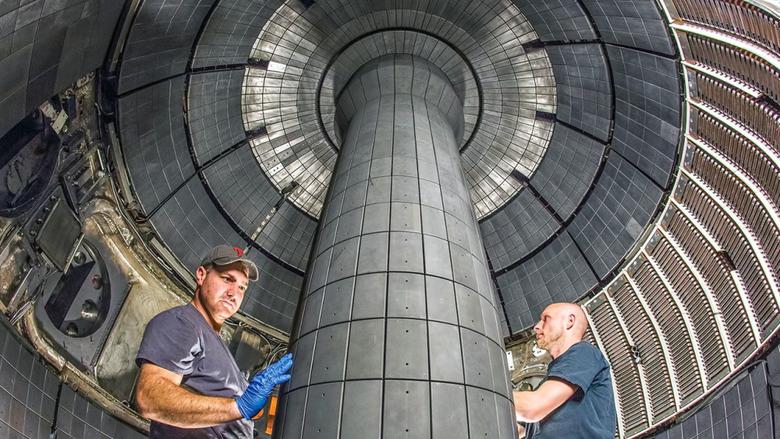 N - 1 April 2021 - Scientists at the DIII-D National Fusion Facility in the USA have released a new design for a compact fusion reactor that can generate electricity and help define the technology necessary for commercial fusion power, General Atomics (GA) said on 29 March. The approach is based on the “Advanced Tokamak” concept pioneered by the DIII-D program, which enables a higher-performance, self-sustaining configuration that holds energy more efficiently than in typical pulsed configurations, allowing it to be built at a reduced scale and cost.

In the past few months, both the US Department of Energy’s (DOE) Fusion Energy Sciences Advisory Committee (FESAC) and the National Academies of Sciences, Engineering, and Medicine (NASEM) have released reports calling for aggressive development of fusion energy in the USA. The comprehensive final report released by FESAC in late February laid out a strategic plan for fusion energy over the next decade. The NASEM report called for bold action to place fusion power on the grid in 2035–2040. A key recommendation of both reports is developing the science and engineering basis for a low-capital-cost fusion pilot plant that will lay the groundwork for commercial fusion reactors.

A fusion power plant uses magnetic fields to confine plasma in order to generate energy through nuclear fusion. The plasma is, in most cases, confined in a vacuum chamber known as a tokamak. “The key to our approach is to raise the pressure inside the tokamak,” said project lead Dr Richard Buttery. “This makes more fusion occur, allowing us to reduce the current, which in turn makes the plasma easier to sustain and more stable. Our simulations show that by carefully shaping the plasma and moving the current toward its edge, we can suppress turbulent heat losses and support higher pressures at lower currents, to reach a state where the plasma sustains itself. This enables a device that can simply be turned on, generating electricity continuously in a steady state.”

The Compact Advanced Tokamak (CAT) concept, described in an article published in the journal Nuclear Fusion, arose from first-of-a-kind reactor simulations that leverage the latest physics understanding of these plasmas to raise performance. The approach combines state-of-the-art theory developed at GA with leading-edge computing by Oak Ridge National Laboratory scientists using the Cori supercomputer at the National Energy Research Scientific Computing Center (NERSC), and is based on development and testing of the underlying physics concepts on DIII-D.

As CAT drives most of its own current during operation, this reduces the need for expensive current-drive systems that consume generated power and reduce the plant’s efficiency. The increased performance and energy containment of the CAT approach enables it to operate at lower plasma current than pulsed concepts. This, and continuous steady-state operation, reduce stress on the device and lower risks to machine integrity, making for a more robust, compact design with lower heat loads, GA says.

“On the way to a fusion power plant, there are still a variety of design options to be considered,” said Professor Hartmut Zohm, a leading scientist on fusion energy development with the Max-Planck-Institute of Plasma Physics in Germany, who was not involved in the design. “The one presented here is an aggressive, optimistic approach, building on the work done at the DIII-D tokamak over the last two decades, and I think it adds an interesting perspective on the problem.”

This new design helps identify the technologies needed, and alleviates critical design challenges, GA notes. The DIII-D facility, where Buttery serves as director, lies at the heart of this research. DIII-D, the largest US magnetic fusion research facility, is operated by GA as a national user facility for DOE’s Office of Science. DIII-D is pioneering development of advanced current-drive and plasma-shaping techniques to find the path to high fusion performance. Work is now progressing to resolve control and heat management in steady-state plasmas. Meanwhile, technology programmes are ramping up across the United States to develop the reactor materials, magnets, and other advanced techniques required for deployment of the first fusion pilot plant. “These are exciting times for fusion energy,” Buttery said. “The United States now has a vision for a fusion pilot plant with design commencing soon. We have a good understanding of the work needed to get us there and many amazing tools we can deploy in this quest to bring limitless carbon-free energy to the planet.” 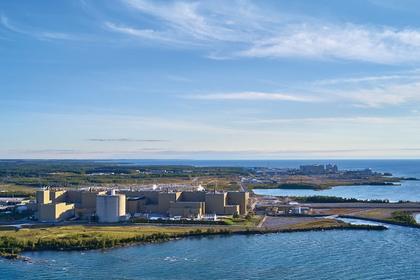 NET ZERO NUCLEAR POWER
Bruce Power has committed to achieving net-zero greenhouse gas emissions from its site operations by 2027, building on its previously announced NZ-2050 plan. The company says it is the first nuclear operator in North America to announce such an ambitious commitment.
English 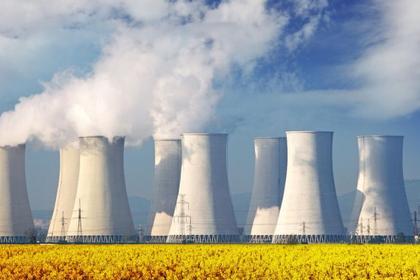 CLEAN NUCLEAR ELECTRICITY
“Public engagement and acceptance are crucial for the future of nuclear power, and, as reactor designs continue to improve from both a safety and economic perspective, so too will the global community’s perception of this vital source of low carbon electricity.”
English 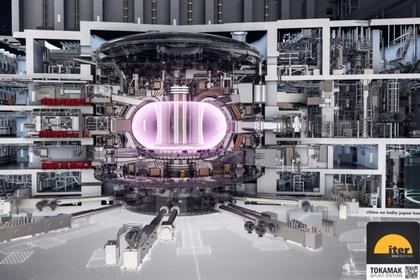 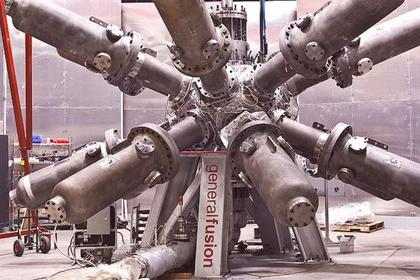 U.S. FUSION
"The US fusion community has been a pioneer of fusion research since its inception and now has the opportunity to bring fusion to the marketplace,"
English
All Publications »
Tags: USA, NUCLEAR, FUSION
OIL PRICE: BRENT BELOW $86, WTI NEAR $79