PLATTS - 25 May 2021 - The UK's much anticipated hydrogen strategy will take on a colorless approach when it is released by the middle of this year, the country's deputy director of hydrogen strategy said in a May 25 panel.

The UK's strategy around hydrogen production will not be blue or green, but will consider carbon intensity as the primary factor in market development, Rita Wadey, at the Department for Business, Energy & Industrial Strategy, said at the IDEA London Accelerating Net Zero: Hydrogen in the Energy Mix webinar.

Preliminary details of the UK's hydrogen strategy come from Prime Minister Boris Johnson's 10-Point Plan for a Green Industrial Revolution, which includes 5 GW of low carbon hydrogen production capacity by 2030 and 1 GW by 2025.

The plan would produce 160-380 TWh of energy from low carbon hydrogen by 2050, up from current volumes of mostly fossil-based hydrogen-producing 10-27 TWh, Wadey said, adding that getting there will involve a mix of both capital along ongoing revenue support.

Additional value for hydrogen could come in the form of hydrogen for heat potential, drawing from current demonstration projects at Keele University blending up to 20% hydrogen into the gas grid, she said.

Other potential uses including shipping as well as manufacturing and construction, Wadey said.

Unlike the German hydrogen strategy, which focused on green hydrogen produced through electrolysis from renewables, the UK strategy would take a "twin-track approach", she said. "It would not be blue or green, but both. Blue gives us volume as well as investment."

In the long-term, BEIS sees electrolytic hydrogen as the dominant technology, and will include hydrogen produced from nuclear sources, Wadey said.

The UK could eventually become an exporter to countries including Germany, Wadey said.

"Our primary focus is on domestic demand, but in Scotland they are thinking about their potential to export. We have the potential to scale up fairly quickly." 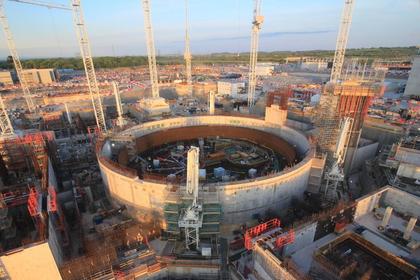 BRITAIN'S NUCLEAR INVESTMENT
"We are investing in the UK’s most important asset - our workforce - to ensure that our people have the right skills to deliver the low-carbon transition and thrive in the high-value jobs this will create.
English 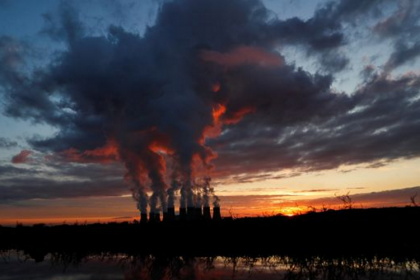 BRITAIN'S CARBON MARKET
The new emissions trading system (ETS), that will charge power plants and industrial plants for each tonne of CO2 emitted through ICE, will replace the EU ETS that the United Kingdom left at the end of the Brexit transition period in December 2020.
English 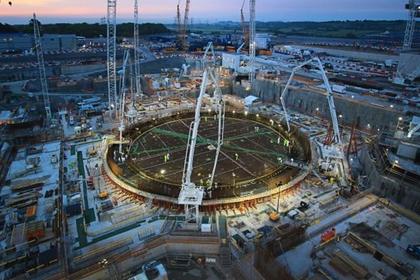 BRITAIN'S NUCLEAR KEY
Nuclear power, whether large-scale, small-scale, or advanced, will have a key role to play in meeting the country's net-zero by 2050 goal.
English 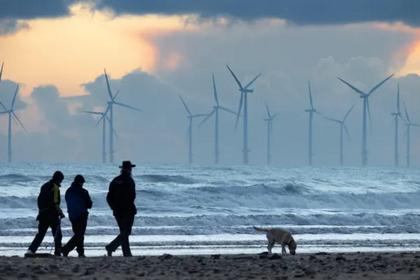 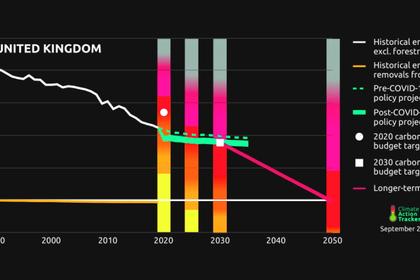 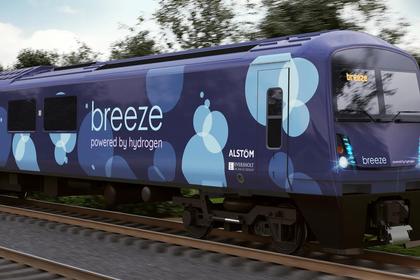 BRITAIN LOW CARBON ELECTRICITY
The two planned power stations -- Keadby 3 and Keadby Hydrogen -- will form a "clean power hub" near Scunthorpe and accelerate the decarbonization of the Humberside region, the UK's largest and most carbon-intensive industrial cluster.
English 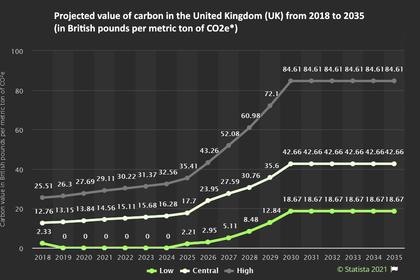 BRITAIN'S CARBON PRICING
The UK's Industrial Decarbonization Strategy sets out how the UK can develop a thriving industrial sector aligned with a net-zero emissions target without pushing emissions and business abroad.
English
All Publications »
Tags: BRITAIN, HYDROGEN, CARBON, CLIMATE
OIL PRICE: NOT ABOVE $86