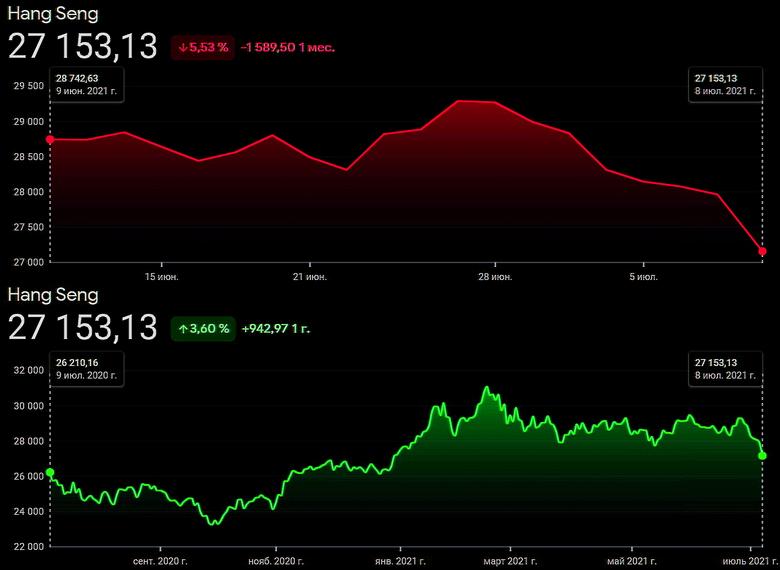 REUTERS - July 8, 2021 - Asian stocks fell to a six-week low on Thursday as an extended selloff in tech shares in Hong Kong and rising virus cases added to a broad risk-averse mood, pressuring oil prices and lending support to bonds and the dollar.

A surprise dovish turn from Chinese policymakers also sparked a rally in sovereign Chinese debt and sent 10-year yields to a 10-month low.

MSCI's broadest index of Asia-Pacific shares outside Japan fell 1% to its lowest since late May, shrugging off a positive tilt from Wall Street.

The Hang Seng index (.HSI) led losses with a 1.9% drop, its eighth consecutive session in the red, with more falls in internet giants Tencent (0700.HK), Meituan (3690.HK) and Alibaba (9988.HK) as the sector reels from sweeping Chinese regulatory scrutinty.

The longer end of the U.S. yield curve, meanwhile, is in its eighth straight day of a sharp rally that has pushed the ten-year yield nearly 24 basis points lower in just under two weeks. The ten-year yield was last at 1.3113%.

The rally lacks an obvious catalyst but seems to be driven by large position shifts as investors unwind bets on yields rising with growth, resulting in the curve instead flattening on the assumption that an inflation pulse generated by the recovery will be shortlived.

"Equity markets and the economy are saying the reflationary trade has got plenty to go...but when you look at the bond market it's saying the refaltion trade is pretty much over," said Matt Sherwood, head of investment strategy at Sydney-based fund manager Perpetual.

"So we have two absolutely diverse signals from separate parts of the financial markets."

On the virus situation, the spread of the Delta variant continues to drive global case counts higher, with South Korea reporting its highest ever one-day number of infections on Thursday after Indonesia reported record deaths on Wednesday.

On the policy front, though, an end to stimulus looms and minutes from the June Federal Reserve meeting confirmed the central bank has a wary eye on inflation and is prepared to act if necessary - even if it still thinks that is a long way off.

"The message from the Fed remains that momentum continues to improve, necessitating a less dovish stance," said analysts at TD Securities in a market note.

"This has made higher inflation less likely amid a more responsive Fed, potentially keeping the curve flatter for now."

The spread between U.S. two-year and ten-year yields touched its narrowest since February overnight.

Stock markets, however, were focused on the likelihood of tapering being some way off and the S&P 500 (.SPX) and Nasdaq (.IXIC) notched fresh record closing highs.

China looks to be leaning the other way, and late on Wednesday cabinet said policymakers will use timely cuts in the bank reserve requirement ratio (RRR) to support the real economy, especially small firms.

"Since mid-2018, the State Council has mentioned RRR cuts seven times (excluding the memo yesterday), and the PBoC has delivered RRR cuts six times," Nomura analysts wrote in a note.

"Based on this track record, we view an RRR cut as highly likely in coming weeks, though it is not guaranteed," they said.

Elsewhere, the dollar retained bid on the risk of higher U.S. interest rates and as investors looked for safety.

The dollar rose broadly in early Asia trade, reeling back recent gains in the New Zealand dollar to peg it back at $0.6986, while the euro sat near Wednesday's three-month low at $1.1786. .

In commodity markets oil was weak for a third day amid anxiety about a rise in supply after talks among producers collapsed this week. Brent futures were last down 0.5% at $73.09 a barrel and U.S. crude fell 0.6% .

Ahead on Thursday traders are awaiting the announcement of results of the European Central Bank's strategy review where it is likely to tweak the definition of its inflation target. 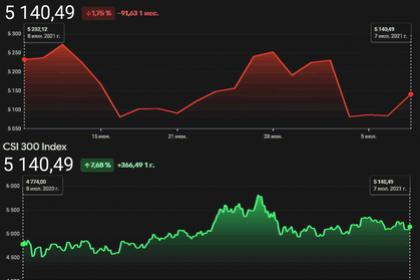 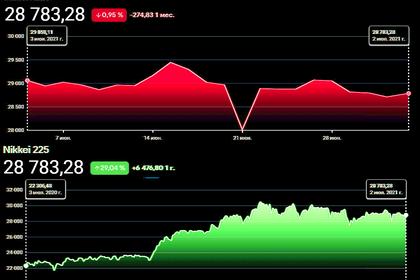 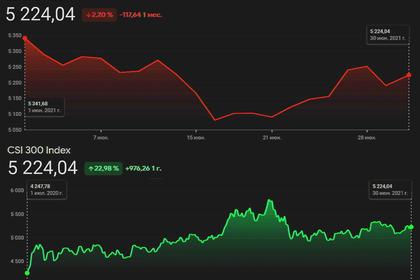 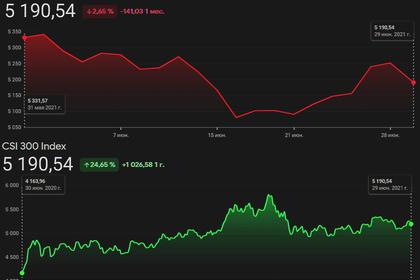 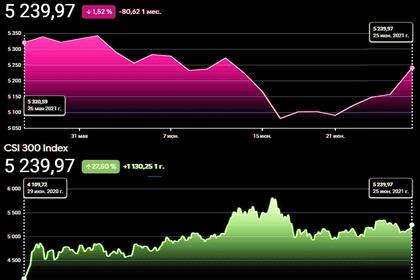 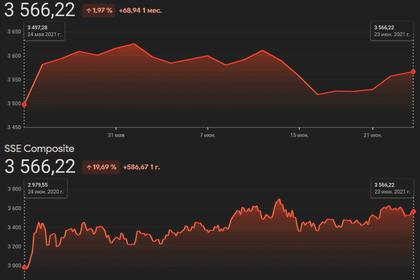 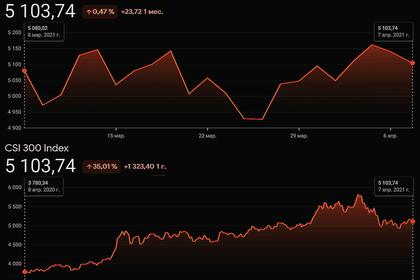