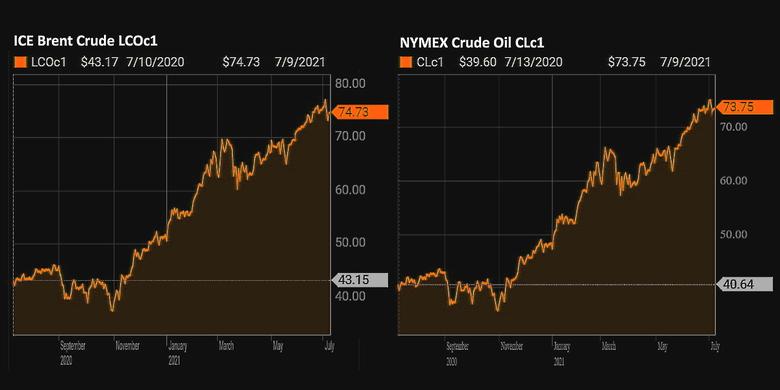 REUTERS - July 9, 2021 - Oil prices rose for a second day on Friday as data showed a draw in U.S. inventories, but were heading for a weekly loss amid uncertainty over global supplies after an OPEC+ impasse.

Prices on both sides of the Atlantic were on track for a weekly loss of nearly 2%, dragged down by the collapse of output talks between the Organization of the Petroleum Exporting Countries (OPEC) and allies including Russia, together known as OPEC+.

"Clearly, U.S. oil markets are tight. However ... the only way to prevent further losses is for the threat of an OPEC+ price war to be contained," he added.

Gains in oil prices were capped by worries that members of the OPEC+ group could be tempted to abandon output limits that they have followed during the COVID-19 pandemic, with talks breaking down because of an impasse between major producers Saudi Arabia and the United Arab Emirates.

The two Gulf OPEC allies are at odds over a proposed deal that would have brought more oil to the market.

Russia was trying to mediate in an effort to strike a deal to raise output, OPEC+ sources said on Wednesday. The United States had high level conversations with officials in Saudi Arabia and the UAE, the White House said on Tuesday.

The global spread of the Delta coronavirus variant and worries it could stall a worldwide economic recovery also weighed on oil prices. 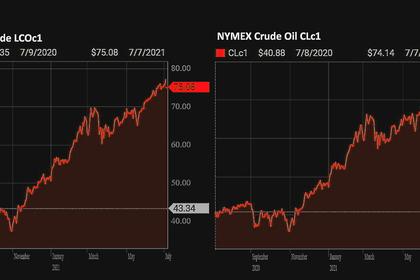 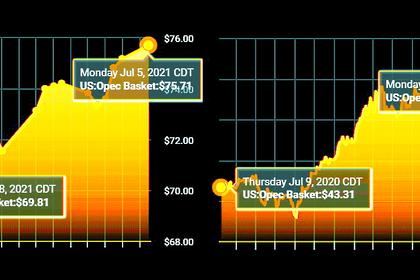 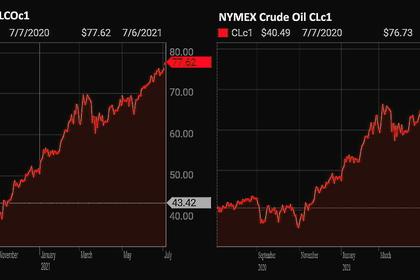 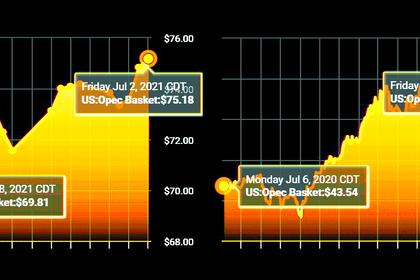 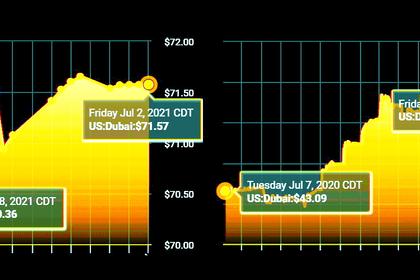 UAE SUPPORT OPEC
The Ministry of Energy and Infrastructure has affirmed that the UAE is a longstanding and committed member of OPEC, and OPEC+, and have been a reliable partner in the current OPEC+ agreement, delivering compliance of 103% throughout its 2-year term.
English
All Publications »
Tags: OIL, PRICE, BRENT, WTI
OIL PRICE: BRENT NEAR $98, WTI NEAR $92