OIL PRICE: NOT ABOVE $76 AGAIN

OIL PRICE: NOT ABOVE $76 AGAIN

REUTERS - July 1, 2021 - Oil prices rose on Thursday, supported by lower U.S. inventories and the prospect of strengthening demand, while investors awaited a decision from OPEC+ producers on whether they would maintain or reduce supply cuts in the second half of the year.

WTI rose more than 10% in June while Brent added more than 8%, touching their highest levels since October 2018.

Analysts expect oil demand to gather pace in the second half of the year as more people are vaccinated against COVID-19 and travel restrictions are eased.

"In the first half of the year, the stage has been set for further improvement and for economic and oil demand growth," said Tamas Varga, oil analyst at London brokerage PVM Oil.

The OPEC+ group of oil producers meets on Thursday to decide on a further easing of output cuts next month and could also consider extending its overall supply pact beyond April 2022, sources within the group told Reuters.

The group comprising the Organization of the Petroleum Exporting Countries (OPEC) and allies including Russia on Wednesday warned of "significant uncertainties" and the risk of an oil glut next year.

Analysts at Citi bank said that global oil market fundamentals should be sufficiently robust to justify an easing of production cuts, adding that they were factoring a 1 million barrel per day (bpd) surge in OPEC supplies in August.

However, outbreaks of the Delta variant of the coronavirus are raising concerns that the demand recovery could falter. Renewed lockdowns and rising costs weakened momentum in Asia's factory activity in June.

In the United States, crude stockpiles fell last week for the sixth straight week in response to rising demand, data from the Energy Information Administration showed.

A drop in crude inventories at Cushing, Oklahoma, the delivery point for WTI, to their lowest since March 2020 also underpinned the U.S. benchmark, squeezing its discount to Brent to its narrowest since September 2020 on Wednesday.

A Reuters poll last month showed Brent was expected to average $67.48 a barrel this year and WTI $64.54, both up from forecasts in May. 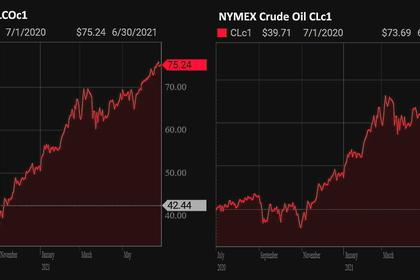 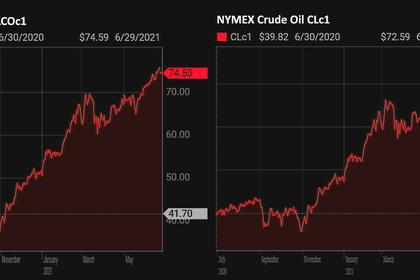 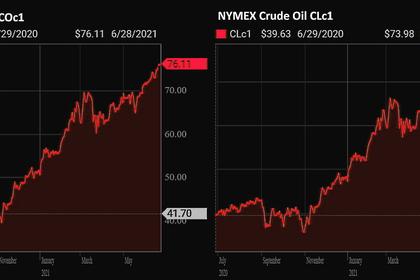 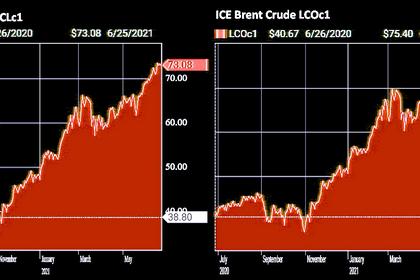 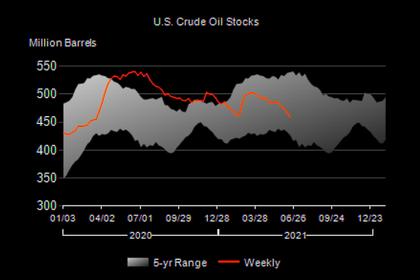 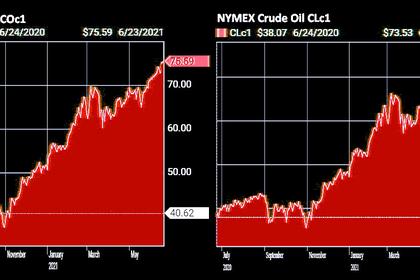