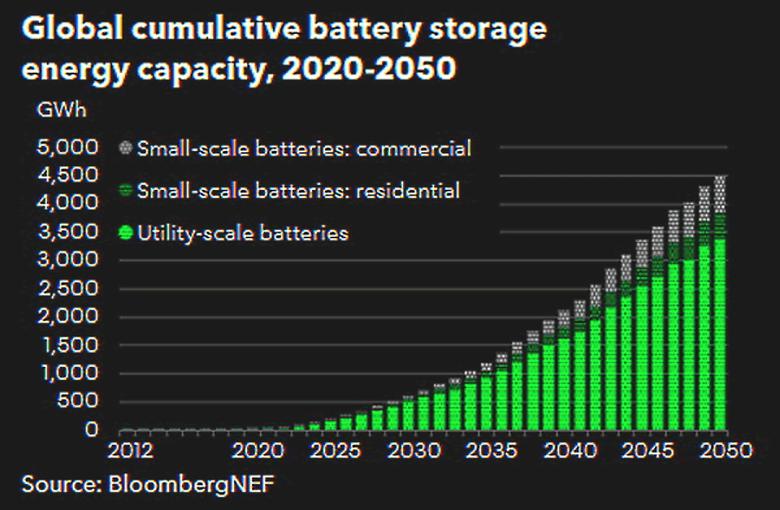 ENERGYCENTRAL - Jul 30, 2021 - Renewables reduce carbon emissions at the cost of reliability. Winds die down, or the sun sets, and grid operators are left scrambling to meet demand. Often, decision makers are left with no choice but to fire up the same old fossil fuel plants that the turbines and panels were supposed to replace. We’ve seen this time and time again in regions with large renewable portfolios, from California to Germany. The renewable optimists, however, have long insisted that improved battery storage technology is right around the corner and will solve all renewable scalability issues. Has that time finally come?

Earlier this week, at the  Wood Mackenzie's Power & Renewables Conference, industry leaders made it seem like battery storage is at a turning point. A recent Wood Mackenzie analysis shows that 910 MWh of energy storage came online in the first quarter of 2021, which represents a 252% increase of the first quarter of 2020. The same report predicts even bigger storage increases over the rest of 2021. Speakers at the conference chalked up the progress to two different factors: maturing technology and better regulation.

Technology innovation in the sector has been rolling this year. Early this month, Malta and Siemens announced they were collaborating on a huge thermal storage project. Then, last week, Form Energy announced plans for a 100-hour iron-air exchange battery that could boast a price point as low as  $20/kWh.

More enlightened regulation could also pave the way for meaningful jumps in energy storage. On the federal level, Order 841 has pushed regulators to revise storage rules. State-level changes are even more plentiful. To pick one example, the Public Utilities Regulatory Authority (PURA) of Connecticut has set up a nine-year program to deploy 1,000 MW of storage across the state. The plan is part of Connecticut's Equitable Modern Grid initiative.

The question is whether progress in energy storage will be fast enough to keep up with the country’s increasingly rapid adoption of renewables. For example, The California Public Utilities Commission (CPUC) approved a 11.5 GW procurement package composed almost completely of renewables. The package is meant to mitigate the kinds of summer blackouts that have plagued the state of late and make up for the generation lost with the closing of the 2.2 GW Diablo Canyon nuclear plant and 3.7GW worth of natural gas plants. That’s a ton of perfectly scalable energy to be replaced by energy that isn’t scalable, at least not without major storage breakthroughs.

Time will tell how wise decisions like CPUC’s recent procurement package are. If the analysts from Wood Mackenzie are right, California and other renewable adopters should have nothing to worry about. However, it seems credulous to bank on such predictions materializing. Afterall, storage has been touted as a rapidly approaching silver bullet for well over a decade now.

This thought leadership article was originally shared with Energy Central's Load Management Community Group. The communities are a place where professionals in the power industry can share, learn and connect in a collaborative environment. Join the Load Management group today and learn from others who work in the industry. 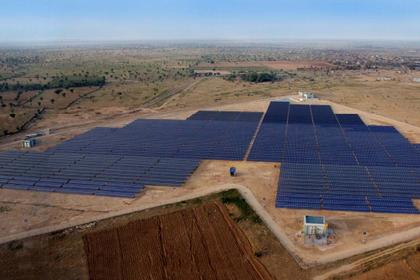 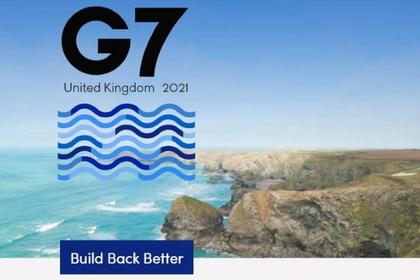 G7 CLEAN ENERGY TRANSITION
They will focus on accelerating progress on electrification and batteries, hydrogen, carbon capture, usage and storage, zero-emission aviation and shipping, "and for those countries that opt to use it", nuclear power.
English 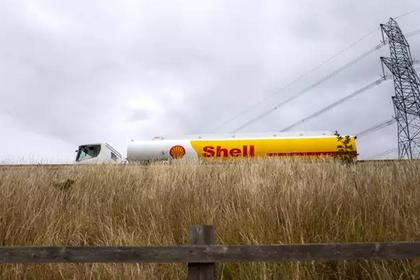 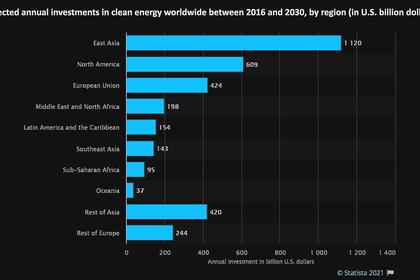 RENEWABLES INVESTMENT HAVE TO UP
global investments in energy transition technologies need to more than double to $4 trillion annually until 2050, from $1.8 trillion in 2019,
English 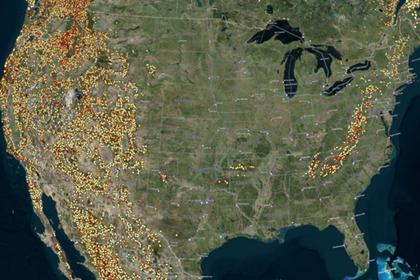 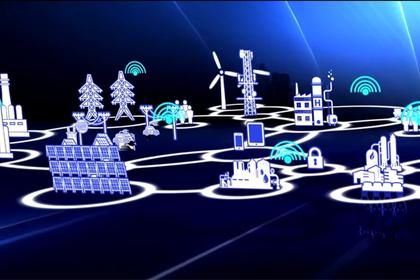 U.S. GRID MODERNIZATION
The answer lies, at least in part, in focusing on grid modernization, including the expansion of transmission capacity, increased use of energy storage systems, microgrids and digital solutions, and the adoption of a more coordinated national policy to make this possible.
English
All Publications »
Tags: STORAGE, RENEWABLE
OIL PRICE: BRENT BELOW $87, WTI ABOVE $80