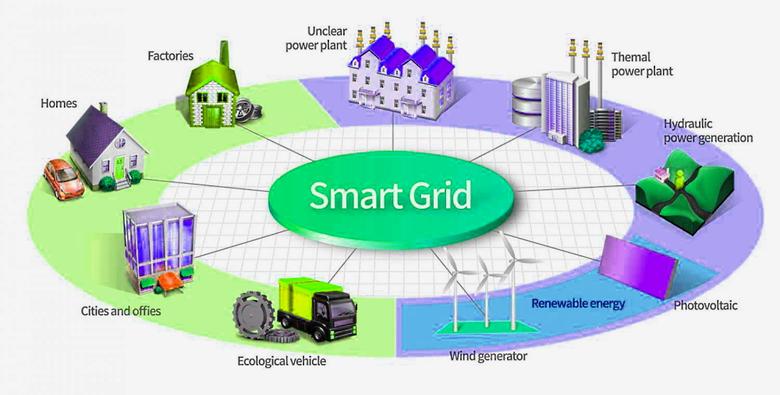 ENERGYCENTRAL - Jul 26, 2021 - For years, the energy sector has been collectively revamping devices on the grid to better accommodate two-way power flows and an intermittent supply. The system already exists, so most of the discussion focuses on improving its efficiency rather than a general upgrade.

Why would an intermittent power supply and support for dynamic two-way power flows even be a consideration?

Back to Its Roots

The old power grid was developed assuming that energy flows in one direction — from companies, plants and generators — to the rest of the system. Consumers and businesses are at the other end.

The conventional grid is meant for one-way power flows, which includes devices like relays, capacitors and regulators. Energy flowing in one direction, even with minor fluctuations, will not affect these devices. However, power flowing back into the grid in the opposite direction may cause a surge or trip. This can lead to outages and other problems.

A reverse flow comes from power generated opposite the conventional source, like a solar system. If the grid is not prepared for it, excess solar energy generated and passed back into the grid can be harmful. It reverses the flow, increases or decreases the system’s voltage, and presents many different issues.

Solar has become more prevalent, but so have other renewable energy systems, such as wind or hydro. As those come online in greater numbers, it will be important for the grid to be able to handle two-way power flows and intermittent power supply and voltage events.

A solar energy solution that runs optimally contributes the right amount of power and voltage to the grid. Things remain relatively balanced and there are few issues, provided the devices on the network can handle the increase in voltage. When the efficiency of that system drops — like on a cloudy day — and begins generating less power and voltage, there’s no guarantee those devices will cooperate.

Naturally, upgrading the network and its devices to accommodate two-way power flow has been a major concern for the energy sector, which meant going back to its roots. That hasn’t been the sole focus of grid modernization, however.

Referred to as distributed energy resources (DERs), renewable energy sources on the reverse end of the grid pose a slight threat to the system due to intermittency. Digital technologies have helped improve the situation and will continue to evolve its management and dependency in the future.

Smart inverters for photovoltaic (PV) or solar systems are one such emerging technology that helps convert the direct current output into the alternating currents necessary for the power grid. A backup, reserve or storage solution is also important to continue relied-upon power flows when efficiency drops.

Solar systems installed in homes and businesses do not generate direct energy at night, but these places still need reliable power. A battery can be charged during normal operation or periods of excess production to store and stabilize the grid during subsequent periods of low or no-power generation.

Modernizing the grid also calls for developing new solutions that can withstand the new conditions and applications of the upgraded system. Innovative solutions such as power generation plating involve the application of electroplating, or a special metal coating, on other metal parts. This creates an electric current when activated, which allows the new additions to withstand corrosion, increased wear, extreme heat and inclement weather.

That way, exposed devices, supports and hardware won’t create failures in the grid over time, increasing fluctuations and intermittency.

Tapping Into the True Digital

AI and machine learning can be used to empower microgrids, which are composed of conventional power, solar, wind and hydro. They’re smaller, autonomous sections of the grid, commonly found in remote locations where transmission lines cannot be installed.

The same rules can apply to a much larger grid, where the digital system understands power demands, the current flow and availability, and then makes adjustments to keep operations running optimally. It might redirect power to serve a solar neighborhood that’s generating less power. It could also send excess energy to balance out the rest of the grid due to micro fluctuations from distributed sources, failures or other events.

Data is at the core of these solutions, which would entail collecting real-time insights about the grid, power sources and the various components along the network. Installing the appropriate sensors and IIoT solutions will be a necessary start, as will putting the infrastructure in place to collect, transmit and process the information. Together, every one of these solutions will contribute to what’s being called the smart grid of the future.

A better prepared and more efficient system also means faster recovery when outages and other events occur. With the help of data-driven technologies, power companies and the energy sector can scale up or down to meet a change in demand. They can prepare for natural disasters and balance out an intermittent power supply, wherever that may come from.

Today’s power grid is much improved, but there’s so much more that needs to be done to sustain that momentum. It also makes sense to move toward more sustainable and naturally efficient resources like solar, wind, tidal and hydro. They’re cheaper, accessible and have a minimal impact on our environment and communities.

A lot needs to change before they can be incorporated on a grand scale, particularly when it comes to the intermittency of these systems. Smart and digital technologies make it possible to rely on power and energy from sources that aren’t always so reliable. 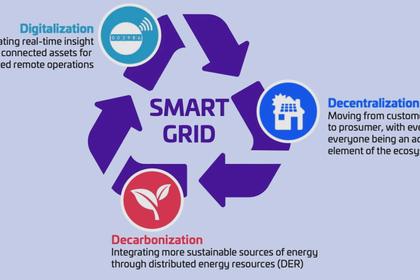 DIGITAL GRID BENEFITS
Meanwhile, as the benefits of grid digitization have failed to live up to expectations, the associated security risks have been very real.
English 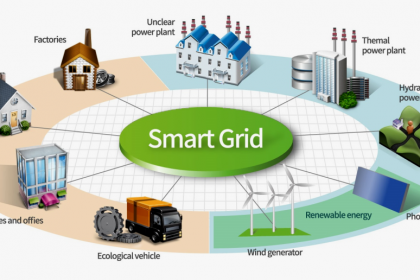 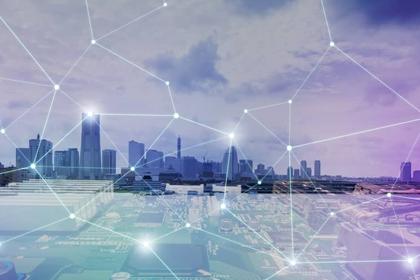