RUSSIA'S OIL FOR U.S. UP 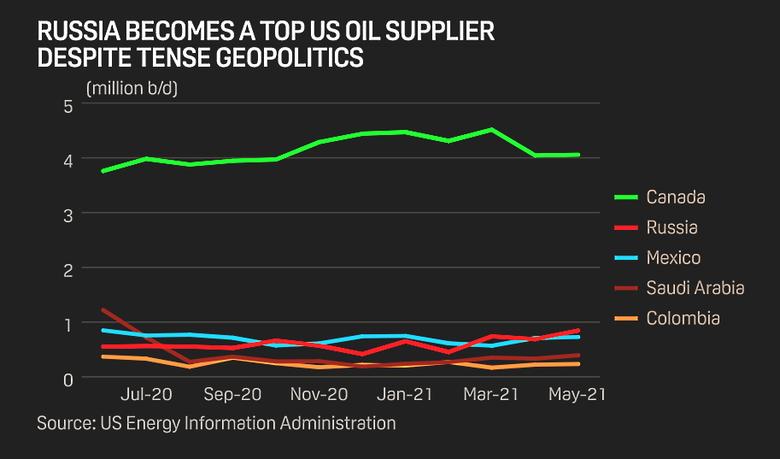 RUSSIA'S OIL FOR U.S. UP

PLATTS - 03 Aug 2021 - The US is still showing strong demand for imports of Russian crude and fuel oil feedstocks, which analysts expect to continue as long as the economy is recovering and US sanctions keep Venezuelan crude off the market.

The trend comes at a tricky time in US-Russia energy ties, as relations between Washington and Moscow remain frosty over the May ransomware attack on the Colonial Pipeline and this month's expected completion of Russia's Nord Stream 2 gas pipeline to Germany.

US imports of crude and oil products from Russia hit an all-time high of 844,000 b/d in May, making it the No. 2 supplier, albeit well below Canada's 4 million b/d, according to the latest monthly Energy Information Administration, or EIA, data.

Russia was the No. 3 crude oil supplier to the US in May, sending more barrels than OPEC heavyweight Saudi Arabia.

Demand for Russian crude has continued despite more Canadian crude making its way to the US Gulf Coast. Imports of Canadian crude have averaged 3.6 million b/d in June and July, up roughly 200,000 b/d from May, according to EIA weekly data.

US refiners have increasingly used Russian oil to replace Venezuelan supplies they imported before the US sanctioned PDVSA in January 2019.

"US sanctions on Venezuela forced America to get its crude elsewhere, and that benefitted Russia," Oanda analyst Edward Moya said in an email, adding that he sees no major changes ahead in Venezuela sanctions.

"US demand for heavy oil should only improve as the economic recovery improves, which should suggest these high levels of Russian imports of crude could remain," Moya said. 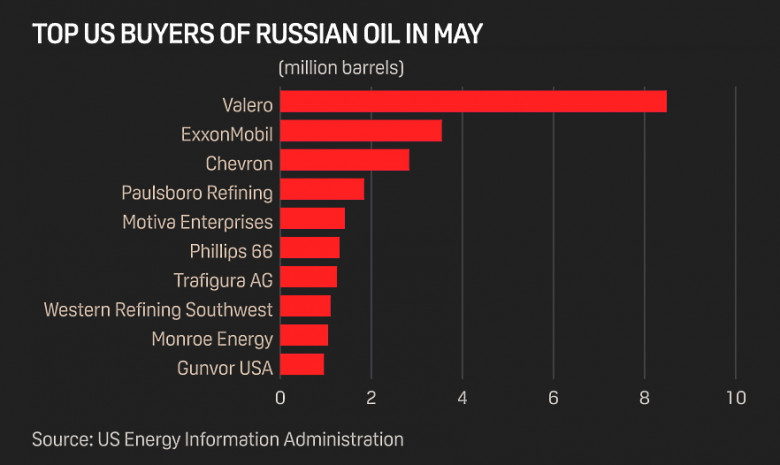 Bob McNally, president of Rapidan Energy Group, said Russia's high exports to the US have been driven by commercial considerations and appear to be a non-factor in the bilateral relationship.

"If the Biden administration wanted to squeeze Russia, banning those imports would hurt Russia much more than the US as we have other options to purchase that high sulfur product whereas Russia doesn't have good alternative markets for it," he said in an email.

McNally added that US gasoline prices and the domestic political pressure that can come from high summer gasoline prices would also make the White House reluctant to do anything to discourage the imports.

"I assume with retail pump prices too high for comfort, no one wants to tamper with oil flows to the US," he said.

US President Joe Biden urged Russian President Vladimir Putin during a June 16 summit that energy facilities and other critical infrastructure should be off limits to ransomware attacks, while Putin denied any Russian government involvement in the recent Colonial Pipeline shutdown.

Biden and Putin signed a single document during the bilateral talks -- on strategic stability -- and also touched on trade, regional security and cooperation in the Arctic. 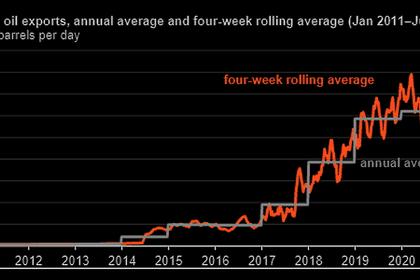 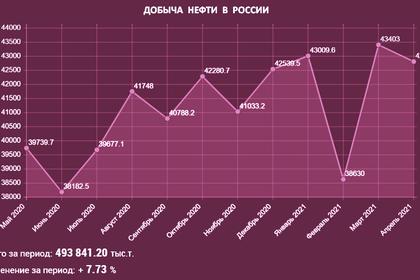 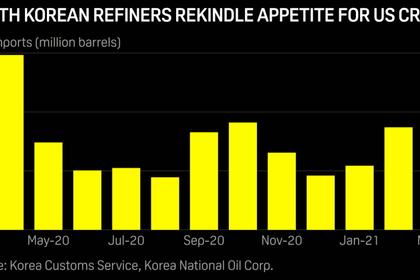 U.S. OIL FOR S.KOREA UP
South Korea imported 1.448 million mt, or 10.61 million barrels, of US crude in March, up 22.1% from February and the highest monthly shipment since 14.83 million barrels imported in April 2020, latest data released by the Korea Customs Service showed.
English

RUSSIA'S OIL WILL UP
Russia outlined protection of its market share in the international market as one of its main goals for 2021.
English
All Publications »
Tags: RUSSIA, USA, OIL
OIL PRICE: BRENT BELOW $87, WTI ABOVE $80