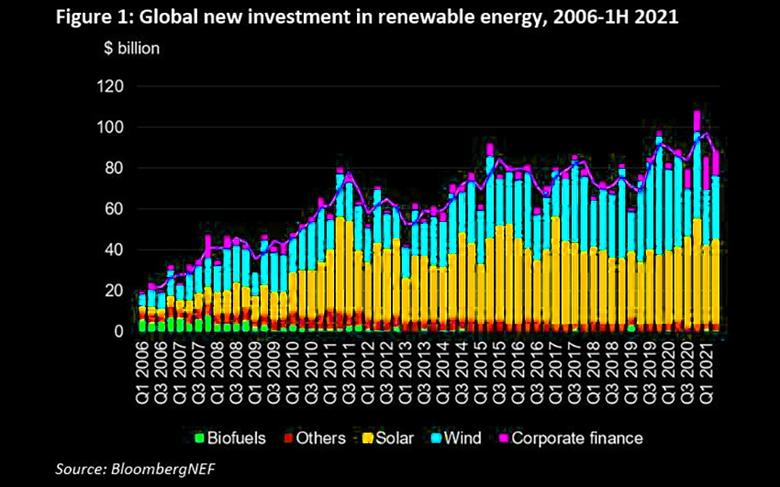 EG - 04 August 2021 - New investment in renewable energy projects and companies totalled US$174 billion in 1H2021, supported by record public market financing and record levels of venture capital and private equity commitments, according to the latest ‘Renewable Energy Investment Tracker’ from research company BloombergNEF (BNEF). This is the highest total ever recorded in the first half of any year, and 1.8% more than during the same time a year prior, although it is 7% below the high water mark set in 2H2020.

New equity raised on public markets hit a record high at US$28.2 billion in 1H2021, as did venture capital and private equity commitments to renewable energy companies at US$5.7 billion. These were major contributors to the strong overall first half. At the same time, investment in solar projects was up 9% y/y. Wind asset finance, however, fell y/y, as it stands in contrast to 1H2020, which was a bumper period for financings of major offshore wind farms.

Albert Cheung, head of analysis at BloombergNEF said: “Renewable energy investment has withstood the effects of the global pandemic, in contrast to other sectors of the energy economy where we have seen unprecedented volatility. However, a 1.8% y/y increase is nothing to write home about. An immediate acceleration in funding is needed if we are to get on track for global net zero.”

Wind project investment in 1H2021 topped US$58 billion, matching levels seen in 2018 and 2019, but was a notable reduction from the US$85 billion invested in the same period last year. In 2020, installations surged in China and the US ahead of subsidies lapsing. Investment in China, one of the world’s largest wind markets, was robust at US$21 billion in 1H2021, showing developers are continuing to build projects without feed-in premiums. EMEA accounted for 36% of wind project investments. Europe had a strong first half, with Finland emerging as the top onshore market. RWE’s Sofia Offshore Wind Farm reached financial close as one of the cheapest projects in the UK, at US$2.9 million per MW.

So-called ‘funds in circulation’, which includes the refinancing of renewable energy projects, mergers, acquisitions and buyouts, totalled US$68.3 billion in 1H2021, up almost 18% from a year earlier. The first half saw the highest ever total for equity raised on public markets by clean energy companies, outpacing the volumes raised in any previous year. A bull run for clean energy shares enabled many companies to issue new shares to finance growth – though valuations are now down from their highs at the start of the year.

Renewable energy and related companies raised a total of US$28.2 billion on public markets in the first half, up 509% from 2020. Among the largest share offerings, Chinese renewable energy generator China Three Gorges Renewables raised US$3.5 billion, photovoltaic (PV) manufacturer Longi Green Energy Technology raised US$2.4 billion, and US fuel cell company Plug Power pulled in US$2 billion.

Logan Goldie-Scot, head of clean power at BNEF, said: “As the energy transition accelerates, investors are increasingly looking for ways to increase their portfolio exposure to renewable energy and related areas, such as energy storage and hydrogen. This record first half for clean energy fundraising underlines the strength of appetite for sustainable investment opportunities aligned to a net zero future.”

Merger and acquisition activity is an important part of the renewable energy financing picture, although these deals are not included in BNEF’s overall new investment figures as they do not provide new money for technologies and developers. In 1H2021, corporate M&A and private equity buyouts totalled US$22.4 billion, up 25% on the previous year’s US$17.9 billion. India outpaced the US and China, which were the leading markets of 2020. 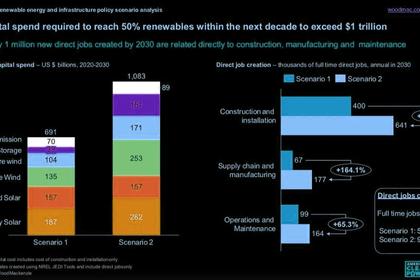 U.S. RENEWABLES 50%
Reaching 50% renewables by the end of this decade would still remain well short of President Biden's call for 80% clean power by 2030 (assuming "clean" means "renewable" and does not include nuclear power or fossil fuels with carbon capture).
English 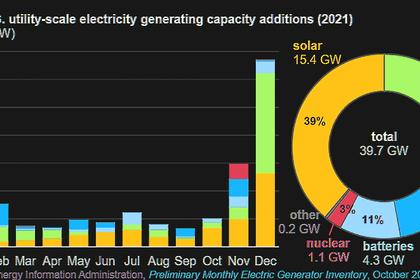 U.S. RENEWABLES UP TO 25.7%
Electrical generation by renewable energy sources (i.e., biomass, geothermal, hydropower, solar, wind) set a new record in April 2021 and accounted for 25.7% of total US production.
English 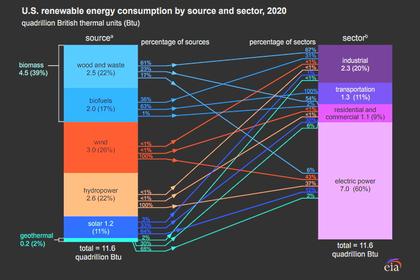 U.S. RENEWABLES RECORD 12%
In 2020, consumption of renewable energy in the United States grew for the fifth year in a row, reaching a record high of 11.6 quadrillion British thermal units (Btu), or 12% of total U.S. energy consumption.
English 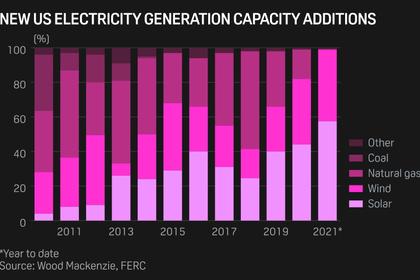 U.S. SOLAR POWER OVER 100 GW
Renewable energy accounted for nearly 100% of all new electric capacity in Q1 with solar doubling in the last 3.5 years
English 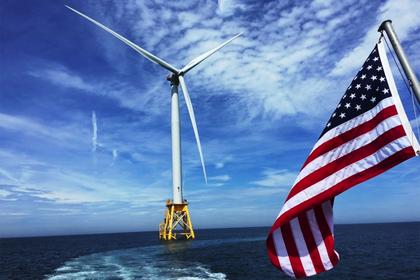 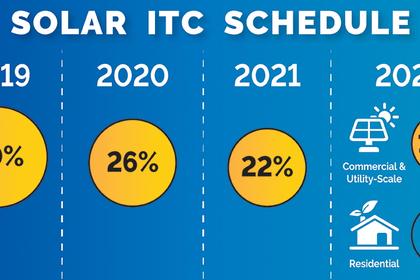 U.S. TAX BENEFITS FOR CLEAN ENERGY
Tax credit extensions and cash refunds for clean energy are current motions under consideration in the US House of Representatives cabinets.
English 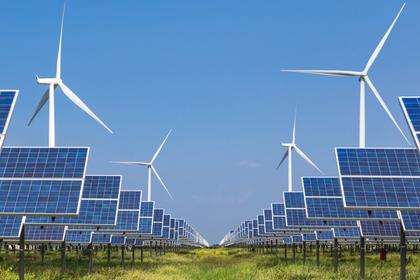