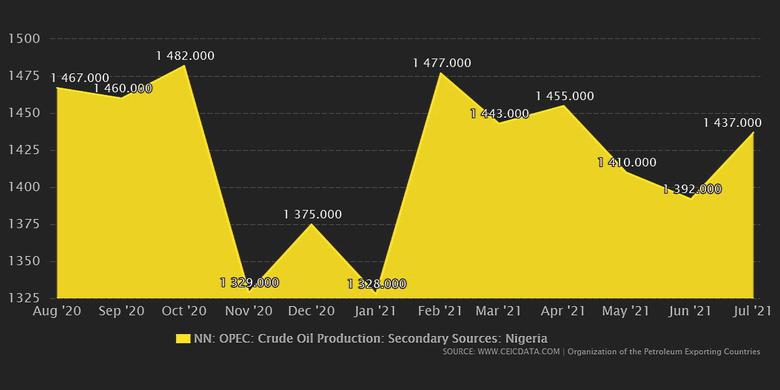 PLATTS- 21 Sep 2021 - Nigeria has requested a higher production quota under the OPEC+ accord, oil minister Timipre Sylva said Sept. 21, claiming that technical problems that have hampered its output will soon be resolved.

Nigeria's quota, which covers only crude oil and not condensate, is 1.614 million b/d for September and is scheduled to rise by roughly 17,000 b/d each month, in line with the OPEC+ alliance's plans to gradually ease back on production cuts implemented in the pandemic.

Sylva said his country's full production capacity is closer to 2.2 million b/d, which should be reflected in a revised quota, even though it has struggled to produce at its current allocation.

"We've just put a request on the table, and we expect that to be looked at," Sylva told reporters on the sidelines of the Gastech 2021 conference in Dubai. "We have capacity for more production than we are producing right now. Unfortunately, we are constrained by the quota."

OPEC and its allies are next scheduled to meet Oct. 4. The current OPEC+ agreement calls for the group to collectively raise output by 400,000 b/d each month through the end of 2022, with a review of the pact scheduled in December 2021.

At the group's July meeting, Saudi Arabia, Russia, the UAE, Iraq and Kuwait were issued higher production baselines from which quotas are determined, that go into effect in May 2022.

The move, agreed after more than two weeks of acrimonious negotiations, was spurred by a complaint from the UAE that its substantial investments in its production capacity over the past several years should be taken into account.

Production baselines had been largely based on October 2018 production levels.

Sylva attributed Nigeria's production struggles to technical problems from retapping reservoirs that had been shuttered to comply with the stringent OPEC+ cuts of the past 17 months and said output could rebound to around 1.7 million b/d by November and 2 million b/d by the end of the year.

"We had some issues from shutting down the reservoirs," he said. "When you shut down a reservoir, to restart it, sometimes there are challenges."

Key Nigerian grade Forcados had been disrupted for almost a month until Shell lifted force majeure on loadings Sept. 10. Industry sources said the suspension of exports was due to an oil spill near the Forcados terminal.

Other Nigerian crudes such as Bonny Light, Escravos, and Qua Iboe have also faced production issues in recent months due to operational and technical reasons.

Growing threats by militants to renew attacks on oil infrastructure in the restive Niger Delta remain a concern.

It was sabotage and oil theft by those militants in 2018 that had caused great volatility in Nigeria's crude production that year, which Sylva said penalized the country when OPEC+ production baselines were set. Nigeria reported pumping 1.77 million b/d in October 2018, jumping up to 1.94 million b/d in November 2018.

"The basis for giving us this quota was [that Nigeria was in] a crisis," Sylva said. "Right now, we don't have any crisis anymore, and we believe we can produce more." 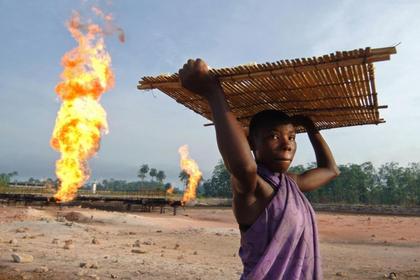 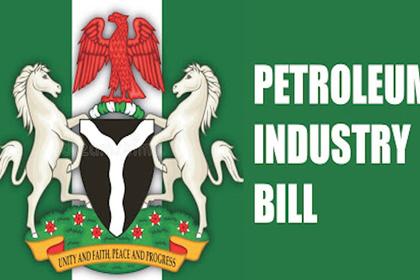 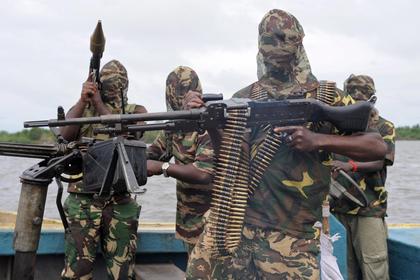 NIGERIA'S OIL PROBLEMS
The Niger Delta Avengers (NDA) -- a group of rebels responsible for the bulk of the attacks on Nigeria's oil infrastructure -- have vowed to commence bombing of oil installations across the Niger Delta to protest the government's neglect of the region.
English
All Publications »
Tags: NIGERIA, OIL, OPEC
OIL PRICE: NOT ABOVE $86