Uzbekistan strives to become the leading country in Central Asia in the field of renewable energy. The Energy Ministry said earlier this year it has decided to reconsider its initial 2030 power capacity targets by increasing the share of renewables in the country’s energy mix. The PV solar plant capacity may be increased from the current forecast of 5 GW to 7 GW and wind power generation from 3 GW to 5 GW.

Analysts are confident Uzbekistan has all the prerequisites to achieve these targets.

The Government of Uzbekistan is getting ready to conduct another solar power tender as part of the 1 GW solar PV program carried out with the support of the Asian Development Bank. According to the Guzar project teaser, a tender will be announced for up to 300 MW PV capacity to be built along with a transmission line to the Guzar substation in the Guzar district of the Kashkadarya region.

Earlier this year, the first utility-scale solar PV plant Nur Navoi with a capacity of 100 MW was put into operation by the Abu Dhabi Future Energy Company (Masdar) in the Navoi region.

In addition to Nur Navoi, Masdar won the tender to build a 457 MW photovoltaic solar power plant in the Surkhandarya region making the lowest bid of $0.018045/kWh and became the winning bidder of the public-private partnerships for two photovoltaic solar parks  (220 MW each) in the Jizzakh and Samarkand regions under the IFC’s Scaling Solar program.

In September, Uzbekistan announced the launch of the prequalification phase of a tender to select independent power producers to develop three solar photovoltaic plants with a total capacity of 500 MW under the Scaling Solar 3. The RFQ submission deadline is on 29 November.

Also, Total Eren will soon launch its 100 MW Tutly solar plant, located about a hundred kilometres east of the city of Samarkand.

Previously, electricity was mostly produced at Uzbekistan’s thermal power plants, and the total installed capacity of TPPs in the country is more than 14.1 GW. Today, the Government of Uzbekistan believes the green energy transition can give the economy a powerful boost as well as help meet the growing electricity demand. A rapidly growing population and economic recovery have driven the growth in electricity demand, and the Government predicts that in five years consumption will increase 1.5 times.

Wind energy is on the rise too. In September, ACWA Power became the preferred winning bidder for a 100 MW wind project in the Karakalpakstan region with a tariff proposal of $0.025695/kWh under the EBRD 1 GW program. The EBRD framework envisages another 200 MW wind project to be announced soon.

The hybrid projects are also gaining momentum in Uzbekistan. EDF and Uzbekistan’s state hydropower producer, Uzbekhydroenergo, are planning to sign a formal memorandum of understanding and create a 200 MW pumped-hydro facility along with floating PV plants.

To learn more, join the upcoming high-level international investment conference Energy Week Central Asia & Mongolia 2022, which will take place on 26-28th April in Tashkent. The largest renewables conference in the region will bring together the authorities and energy companies of Uzbekistan, Kazakhstan, Tajikistan, Kyrgyzstan, and Mongolia as well as international financial institutions and major multinational investors, EPC and consultancy firms for a dialogue aimed at fostering the deployment of renewable energy in the region and attracting foreign direct investment. The conference will address the challenges of the clean energy transition as well as utility-scale renewable energy projects and will be followed by technical visits. 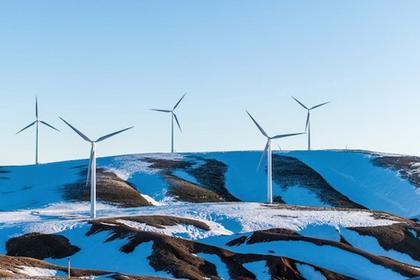 UZBEKISTAN RENEWABLE TARGET 8 GW
Solar and wind currently account for less than 1% of the country’s installed capacity, with 4 MW and 1 MW, respectively.
English 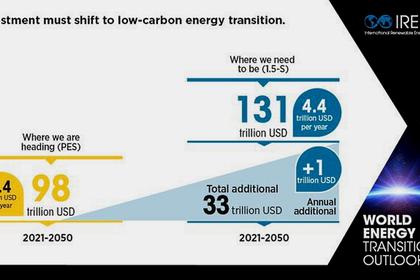 RENEWABLES NEED INVESTMENT $131 TLN
Around 80% of this is expected to come from the private sector, with debt financing growing to a 60% share within that, IRENA deputy director-general Gauri Singh said.
English 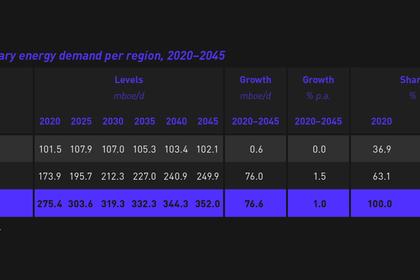 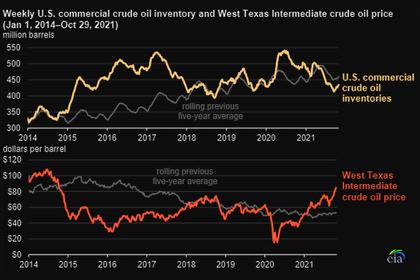 GLOBAL OIL DEMAND GROWTH
This year, demand for petroleum, both in the United States and globally, has largely returned to the pre-pandemic levels in 2019. Demand has grown faster than supply, reducing inventories and contributing to higher prices for crude oil and petroleum products.
English 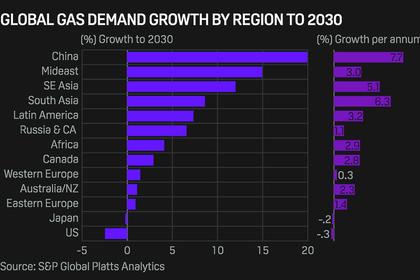 GLOBAL GAS DEMAND GROWTH
"About 50% of the incremental global natural gas demand will come from Asia by 2035, with China and India as the main engines to boost the development of the LNG market," Luo said.
English
All Publications »
Tags: ENERGY, ASIA, MONGOLIA
OIL PRICE: NEAR $89