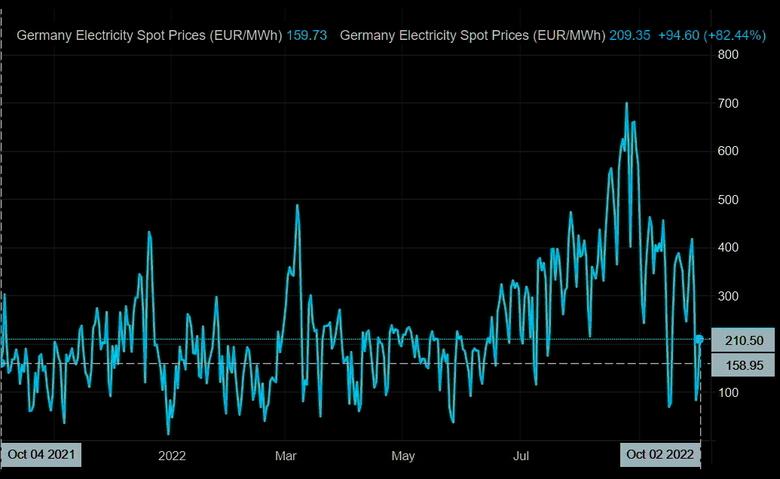 The measures were described as "temporary and extraordinary in nature", with demand reduction targets applying to March 31, 2023, and the cap on market revenues to June 30, 2023.

"Member states will flatten the curve of electricity demand during peak hours, which will have a direct positive effect on prices. Member states will redistribute surplus profits from the energy sector to those who are struggling to pay their bills," said Czech Industry and Trade Minister Jozef Sikela.

On electricity demand, member states must identify peak hours corresponding to a minimum 10% of all hours between Dec. 1, 2022 and March 31, 2023, the agreed Council Regulation text said.

On the mandatory Eur180/MWh cap on inframarginal generator market revenues, member states can decide whether to apply the cap on market revenues at the settlement of the exchange of energy or thereafter, the text said.

Inframarginal generators were defined by Sikela as mainly renewables, nuclear and lignite producers.

The cap must cover all market revenues of producers and intermediaries participating in electricity wholesale markets, "regardless of the market timeframe in which the transaction takes place and of whether the electricity is traded bilaterally or in a centralized marketplace," the text said.

At the same time, member states can maintain or introduce measures that further limit market revenues of inframarginal generators, as well as differentiate between technologies, or target market revenues of other participants including traders, it said.

"Member States shall ensure that all surplus revenues resulting from the application of the cap on market revenues are employed to finance measures in support of final electricity customers that mitigate the impact of high electricity prices on those customers," it said.

European power and gas prices have been on a bearish run since the proposals were first announced by the EC on Sept. 14.

Ahead of the agreement, sector associations WindEurope and Europex expressed serious concerns at the discretion allowed member states in applying further measures to cap market revenues.

"An EU-wide cap on revenues from wind should be precisely that -- a single EU-wide cap. Allowing countries to deviate from it and have lower caps creates confusion and certainty -- and will slow down the investments we so badly need", said WindEurope CEO Giles Dickson Sept. 14.

Energy exchange association Europex, meanwhile, was concerned at the flexibility allowed on when to apply the cap.

Applying the revenue cap at or shortly after trade execution would result in a de facto price cap, "dangerously affecting" bidding behavior in the market, it said Sept. 28.

"We strongly urge that the revenue be captured solely ex-post by all member states, after the settlement and after the market price has been cleared," it said. 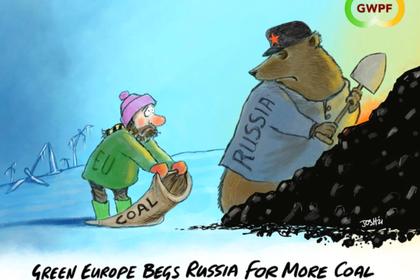 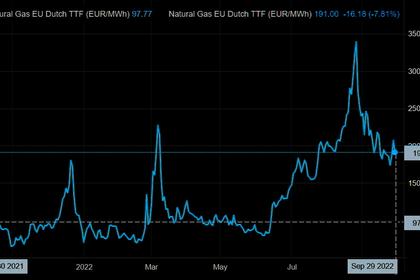 EUROPEAN GAS PRICES DOWN AGAIN
Benchmark prices declined as much as 6.4%, after rising 19% over the previous two days.
English 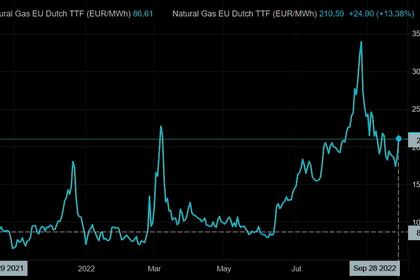 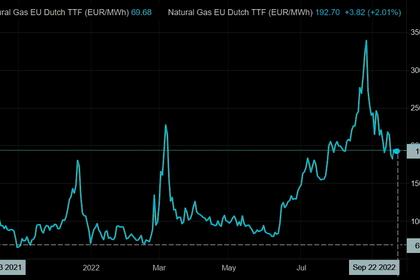 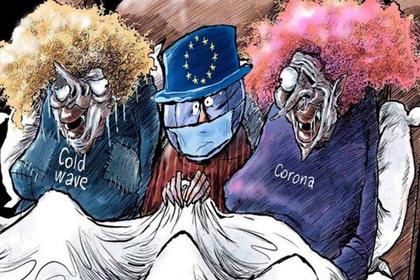 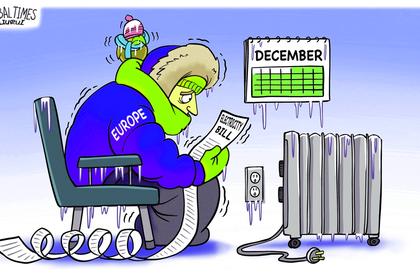 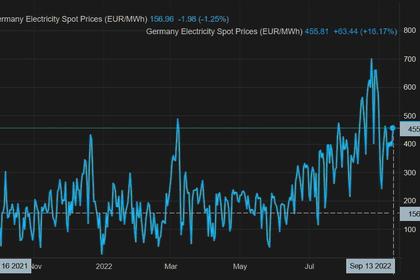 EUROPEAN ELECTRICITY PRICES RECORDS
So far, in 2022, spot electricity prices are five to ten times higher than in previous years. On August 22, the daily spot market price for Germany exceeded 600 EUR/MWh, 15 times the average of the 2010s.
English
All Publications »
Tags: EUROPE, ENERGY, ELECTRICITY
OIL PRICE: BRENT NEAR $82, WTI ABOVE $75