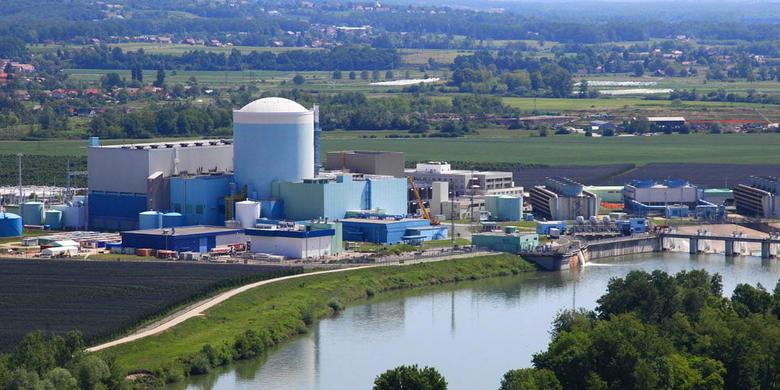 WNN - 02 November 2022   - Prime Minister Robert Golob said "it will be difficult for Europe to get out of the current energy situation without the maximum use of all technologies" with renewables and nuclear at the forefront, and said that there will need to be a referendum to get public approval for the JEK 2 project for a second reactor at Krško in Slovenia.

In his discussions with Krško NPP's management they covered the geopolitical situation and, according to an official statement, agreed that nuclear energy "was emerging as one of the stabilisers in this energy crisis".

The statement added that once reactor technology "of Western origin" had been selected for the new unit "the conditions will be met for politics to proceed to seek national consent for the needed investment". As well as needing to get the necessary permits and consents "the people must be given the opportunity to make an informed decision in a referendum". The Slovenian government has said that a construction decision will be taken by the end of 2027 and, according to a report in Delo, for geopolitical reasons "Koreans, Americans and the French appear to be the most receptive to a long-term relationship".

Stanislav Rožman, president of the NEK board, said: "The visit of the prime minister certainly speaks of the importance of the NEK for reliable and stable supply … the power plant is ready for another 20 years of operation. We are completing all the necessary procedures in order to enter a further period of stable and safe operation."

Krško, a 696 MWe pressurised water reactor, is Slovenia's only nuclear power plant and generates about one-third of its electricity. The plant, which is co-owned by neighbouring Croatia, began commercial operation in 1981, and a 20-year extension to its initial 40-year operational lifetime was confirmed in mid-2015. GEN Energija incorporates the Slovenian stake in joint Slovene-Croat company Nuklearna Elektrarna Krško, which owns and operates the plant.

GEN group says JEK 2 could provide 8 TWh electricity per year, bringing with it the benefits of being able to reduce the need to import electricity, cut CO2 emissions as well as being used for district heating schemes and providing jobs and skills across the Slovenian economy.