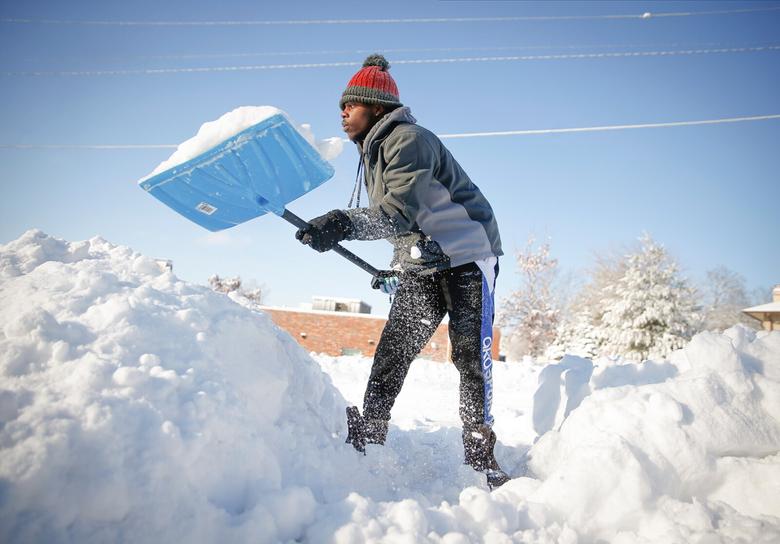 PLATTS - 01 Feb 2022 - Texas and Midwest power grid operators on Feb. 1 prepared for the worst winter weather forecast since the deadly mid-February winter storm that left millions without electricity, some for days, and the prospect of heavier loads drove wholesale power prices higher.

The National Weather Service on Feb. 1 issued winter storm warnings stretching from the Great Lakes to New Mexico and West Texas and either winter weather advisories or watches for hundreds of miles north and south of the winter storm warning areas.

Balance-of-week power prices in the Electric Reliability Council of Texas were in triple digits, but power price moves were muted in the more vertically integrated Midcontinent Independent System Operator footprint.

"While heavy snow is expected from the Rockies to New England, significant ice accretions will be likely on the storm's southern edge from Texas to Pennsylvania," the National Weather Service said.

ERCOT North Hub balance-of-week on-peak contracts were down $25 the morning of Feb. 1, but still elevated at $437.50/MWh. Part of that price drop may be attributable to spot gas prices. Houston Ship Channel spot gas tumbled $2.52 from its previous settlement on the Intercontinental Exchange to trade around $4.93/MMBtu for Feb. 2 flows.

"Currently, max hourly load is forecasted at 71.2 GW on Thursday morning, a new all-time winter high ... and wind output of just 8 [average] GW that morning," said Giuliano Bordignon, a power market analyst at S&P Global Platts Analytics. "Temperature-wise, the upcoming cold spell might be much less severe than the weather event of last February in both depth and duration, but thermal generation will nevertheless be stretched."

No 'significant disruptions' for gas

One factor will be natural gas supplies, Bordignon said, "as winterization requirements have been strictly implemented on the power grid, but the gas grid is still vulnerable. On this point, we have seen notable drops in Texas gas production – and problems with gas deliveries to power plants – throughout January when temperatures dropped."

During a Feb. 1 press conference Texas Railroad Commissioner Jim Wright said his commission, which is responsible for the intrastate natural gas system, has conducted "multiple conference calls with pipeline operators, natural gas utilities and major producers yesterday and continue to do so."

"They have reported that they are prepared and don't expect significant disruptions from the freeze," Wright said. "As of mid-January, Texas still has more than 380 billion cubic feet of dry working gas in underground storage and another 30 to 35 Bcf is typically in pipelines at any given time. This far exceeds the peak daily demand for home heating and gas-fired power generators."

How far the freeze penetrates is a factor

In an email, Campbell Faulkner, senior vice president and chief data analyst at OTC Global Holdings, an interdealer commodity broker, said that West Texas will be "very cold (not above freezing), but not exceptionally so."

"Because of that, gas might become constrained but shouldn't be nearly as crunched as last winter," Faulkner said. "Last winter's issues were caused by the exceptionally low temperatures and the length at which they occurred. But, the balance-of-month and weekly price spikes are due to traders and market participants being very cautious after many were caught flat-footed last year."

If the freeze stays away from the more heavily populated Texas Gulf Coast, prices may hover around $100/MWh across ERCOT, Faulkner said, but "real time prices and ancillaries" could approach $1,000/MWh "if the front pushes all the way to the coast and Houston experiences temperatures approaching 20 degrees."

Further north and east, MISO on Feb. 1 issued a conservative operations alert and advice regarding when maintenance should be completed or postponed. MISO Arkansas Hub balance-of-week had bidding up about 50 cents to $65/MWh the morning of Feb. 1.

"MISO prices should be relatively stable due to the massive amount of thermal coal generation which saved the day last February," Faulkner said. "Due to the very large stable baseload configuration across MISO, prices could ramp depending upon – again -- how far south into their control districts the cold moves. Overall, I am much more confident in the generation/load profile of MISO to perform adequately during this cold snap, thus higher than normal, but still reasonable fixed prices this week." 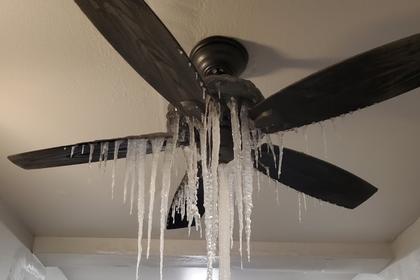 TEXAS ENERGY PRICES UPDOWN
Natural gas prices also had an impact on November's power prices. At the Houston Ship Channel, spot gas this November has averaged $4.788/MMBtu, down from October's $5.29/MMBtu but up from November 2020's $2.597/MMBtu.
English 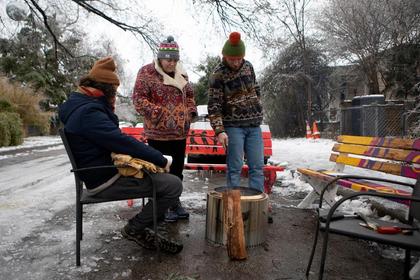 THE TEXAS ENERGY FREEZE
This week, FERC and NERC published their Final Report on the the February 2021 cold weather event in Texas and the South Central United States.
English 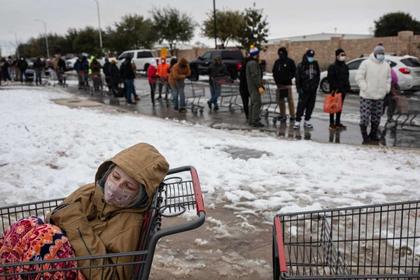