REUTERS - April 4 - Oil rose above $105 a barrel on Monday as concern about tight supply arising from Russia's invasion of Ukraine and the lack of an Iranian nuclear deal persisted despite countries releasing oil from strategic reserves.

The invasion of Ukraine in February sharply ramped up supply worries that were already underpinning oil prices. Sanctions imposed on Russia and buyers' avoidance of Russian oil have raised fears of larger supply losses from this month.

"Will the release of barrels from strategic reserves fill a shortfall caused by sanctions and buyer aversion to Russian oil? In a word, no," said Stephen Brennock of oil broker PVM.

Oil also gained support from a pause in talks to revive the Iranian nuclear deal, which would allow a lifting of sanctions on Iranian oil. Iran on Monday blamed the United States for the halt.

Some downward pressure on prices came from a truce in Yemen, which could ease threats to supply in the Middle East.

The United Nations has brokered a two-month truce between a Saudi-led coalition and the Houthi group aligned with Iran for the first time in the seven-year conflict.

Saudi oil facilities have come under attack by the Houthis during the conflict, adding to supply disruption from Russia. 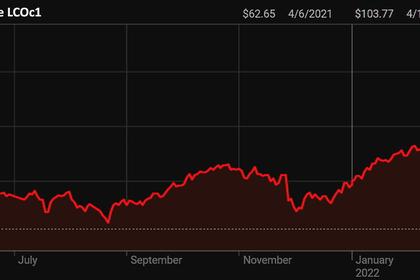 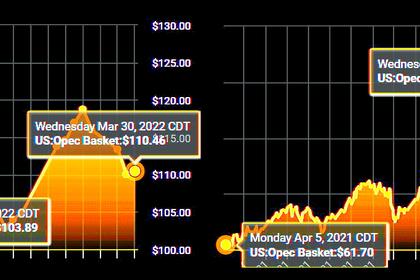 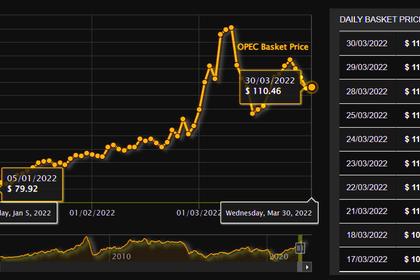 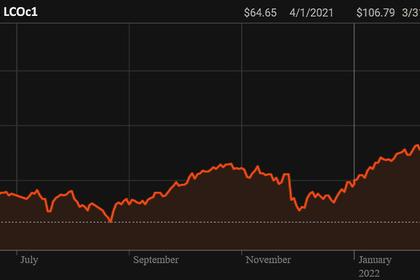 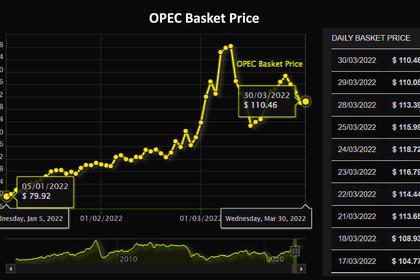 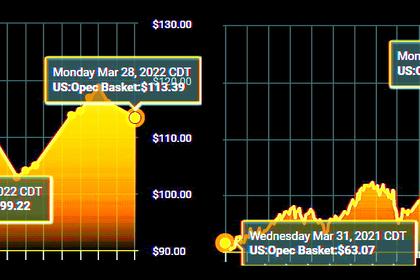 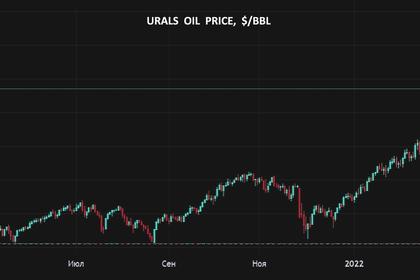 OPEC+ RUSSIA SUPPLY THE MARKET
Russian deputy prime minister Alexander Novak said March 23 that it was too early to talk about an adjustment to Russia's quota under the agreement, as Russia continues to supply the market.
English
All Publications »
Tags: OIL, PRICE, BRENT, WTI, OPEC, RUSSIA
OIL PRICE: BRENT BELOW $86, WTI NEAR $79