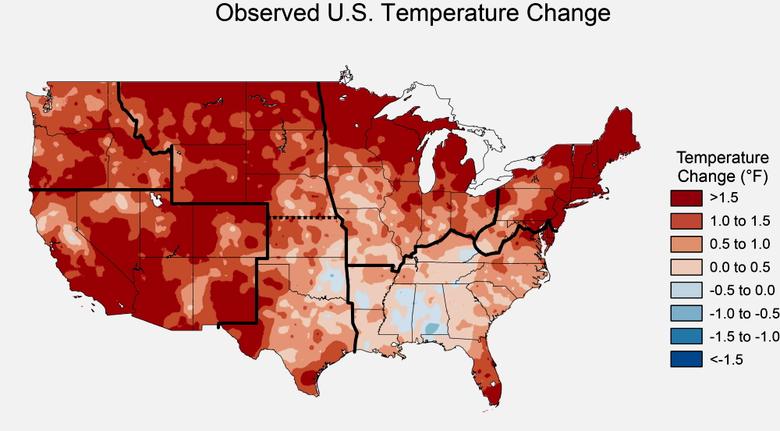 REUTERS - April 3 - Flood, fire, and drought fueled by climate change could take a massive bite out of the U.S. federal budget per year by the end of the century, the White House said in its first ever such assessment on Sunday.

The Office of Management and Budget assessment, tasked by President Joe Biden last May, found the upper range of climate change's hit to the budget by the end of the century could total 7.1% annual revenue loss, equal to $2 trillion a year in today's dollars.

"Climate change threatens communities and sectors across the country, including through floods, drought, extreme heat, wildfires, and hurricanes (affecting) the U.S. economy and the lives of everyday Americans," Candace Vahlsing, an OMB climate and science official, and its chief economist Danny Yagan, said in a blog. "Future damages could dwarf current damages if greenhouse gas emissions continue unabated."

The analysis found that the federal government could spend an additional $25 billion to $128 billion annually on expenditures such as coastal disaster relief, flood, crop, and healthcare insurance, wildfire suppression and flooding at federal facilities.

Just last year, a record heatwave and drought in the U.S. West gave rise to two massive wildfires that tore through California and Oregon and were among the largest in the history of both states.

The severe drought that has gripped parts of the U.S. West since mid-2020 is likely to persist or worsen this spring due, the National Oceanic and Atmospheric Administration said in March.

U.S. military bases, including Offutt Air Force Base in Nebraska and Tyndall Air Force base in Florida, have suffered billions of dollars in damage in recent years from floods and hurricanes.

The OMB said increased wildfires could boost federal fire suppression costs between $1.55 billion to $9.6 billion annually. Nearly 12,200 federal buildings and structures could be flooded as seas rise with replacement costs of nearly $44 billion.

Absent policies and actions to slow the rate of greenhouse gas emissions, world temperatures are on pace to rise more than 2 degrees Celsius (3.6F) above pre-industrial levels by the end of the century.

The grim OMB assessment came hours before publication of a long-awaited U.N. climate science panel report on methods of curbing the emissions, a report that some scientists say may downplay certain potentially devastating scenarios due to its consensual nature in which 195 governments had to sign off on it.

Biden, a Democrat who has championed tackling climate change since he took office in January 2021, has been forced to support hiked domestic oil drilling and liquefied natural gas exports to Europe as Russia's war on Ukraine spikes energy inflation. The administration says those are short-term actions to reduce fuel prices as it also pushes for policies to speed the transition to cleaner fuels.

The president's "Build Back Better" bill, which contained hundreds of billions of dollars in funding to fight climate change and support clean energy, has been stalled in the narrowly-divided Senate by Republicans and West Virginia's conservative Democrat Senator Joe Manchin, the founder and partial owner of a private coal brokerage.

Biden late last month submitted a $5.8 trillion budget plan to Congress with a focus on deficit reduction in an apparent overture to Manchin has said he could not vote for the bill because it would worsen deficits. Biden's budget plan calls for nearly $45 billion to tackle climate change in fiscal year 2023, an increase of nearly 60% over fiscal year 2021. 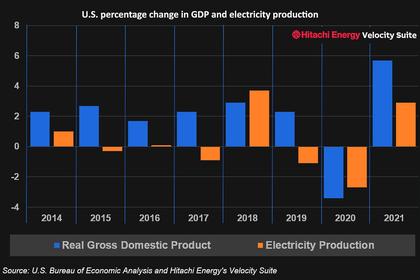 U.S. ENERGY, GDP GROWTH 2021
According to data compiled by the U.S. Bureau of Economic Analysis, the Consumer Price Index (CPI) for ‘Energy’ in February 2022 was 25.6% higher than in February 2021, which is more than triple the increase of the CPI for ‘All Items,’ which was 7.9% higher over the same period.
English 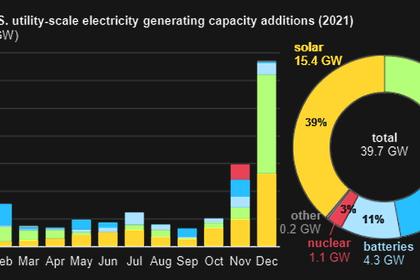 U.S. RENEWABLES RECORD 2021
Renewable sources accounted for more than one-eighth (12.61%) of the U.S. energy produced and 12.49% of the energy consumed for electricity, transportation, heating, and other uses.
English 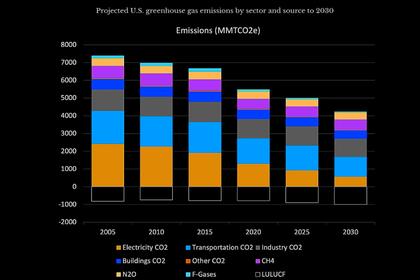 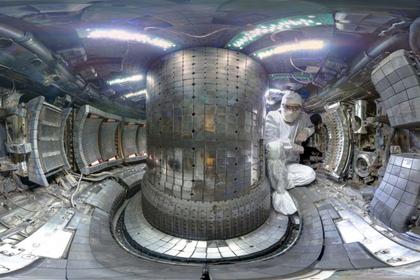 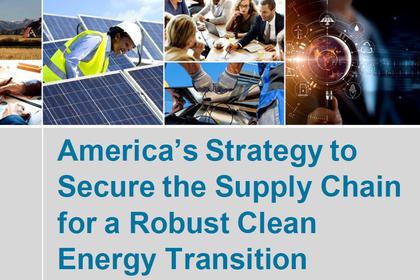 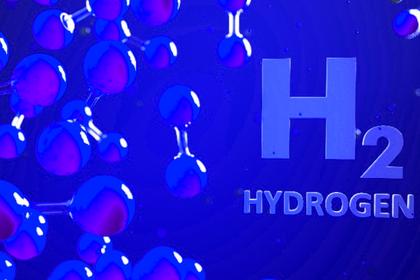 U.S. CLEAN HYDROGEN INVESTMENT $9.5 BLN
“Clean hydrogen is key to cleaning up American manufacturing and slashing emissions from carbon-intensive materials like steel and cement while creating good-paying jobs for American workers,” said U.S. Secretary of Energy Jennifer M. Granholm. “We're seeking feedback from the American public on how to make scaling up this clean, affordable energy source a reality for the United States.”
English 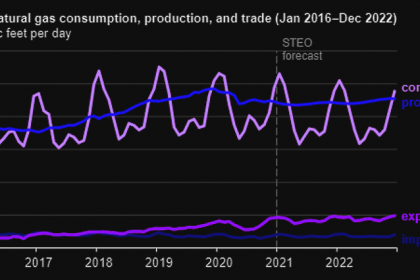