N - 4 May 2022 - Norway’s Ulstein said on 29 April it had designed a 3R (Replenishment, Research and Rescue) vessel, which will feature a thorium molten salt reactor (MSR) “to generate vast amounts of clean, safe electricity”.

This will enable the 149-metre vessel “to operate as a mobile power/charging station for a new breed of battery driven cruise ships”.

Ulstein believes the concept, known as “Thor”, could be “the missing piece of the zero emissions puzzle for a broad range of maritime and ocean industry applications”. To demonstrate its feasibility, Ulstein has also developed the Ulstein Sif concept, a 100m long, 160 POB capacity, zero-emission expedition cruise ship. This Ice Class 1C vessel will run on next-generation batteries, utilising ‘Thor’ to recharge while at sea.

Speaking about the suitability of Thorium MSRs as an energy source for maritime applications, Jan Emblemsvåg, Professor at the Norwegian University of Science and Technology noted: “MSRs have enormous potential for enabling clean shipping. There is so much uncertainty over future fuels, but here we have an abundant energy source that, with the right approach, can be safe, much more efficient, cheaper, with a smaller environmental footprint than any existing alternative.”

Lars Ståle Skoge, Commercial Director at Ulstein Design & Solutions said: “We have huge confidence in this solution and want to engage further in conversations about how we can enable the necessary changes the world demands. I’m excited to see where Thor and Sif can take us as we look to a zero emissions horizon.” 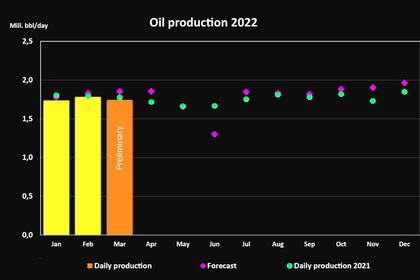 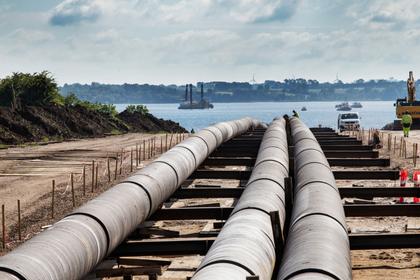 NORWEGIAN GAS IS STABLE
Norwegian deliveries totaled 9.94 Bcm in March -- or an average of 321 million cu m/d. The total volume is higher than in February, but lower on a daily average basis given February is a shorter month.
English 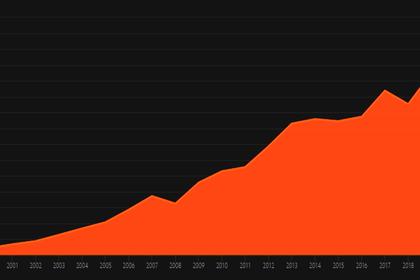 NORWAY FUND LEAVES RUSSIA
Norway's $1.3 trillion sovereign wealth fund will pull out of all investments in Russia because of its invasion of Ukraine, the Norwegian government said Feb. 27.
English 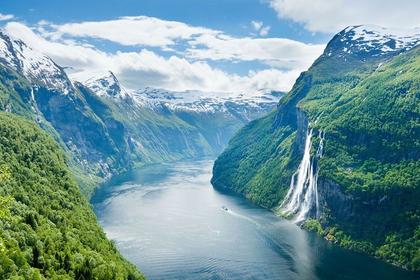 NORWAY CLIMATE NEUTRALITY 2050
Norway and the European Union have reiterated their commitments to reduce greenhouse gas (GHG) emissions in a coordinated manner by at least 55% by 2030 (compared to 1990), with the objective to achieve climate neutrality by 2050.
English
All Publications »
Tags: NORWAY, NUCLEAR
OIL PRICE: BRENT NEAR $82, WTI ABOVE $75