REUTERS - May 5 - Oil prices extended gains on Thursday on supply concerns after the European Union laid out plans for new sanctions against Russia, including an embargo on crude in six months, offsetting concerns over weaker Chinese demand.

Both benchmarks gained more than $5 a barrel on Wednesday.

The sanctions proposal, which needs unanimous backing from the 27 EU countries, also includes a phasing out of imports of Russian refined products by the end of 2022 and a ban on all shipping and insurance services for the transportation of Russian oil.

"The oil market has not fully priced in the potential of an EU oil embargo, so higher crude prices are to be expected in the summer months if it's voted into law," said Rystad Energy’s head of oil markets research, Bjornar Tonhaugen.

The French environment and energy minister, Barbara Pompili, said she was confident that European Union member states will reach a consensus on sanctions by the end of this week.

"Re-routing Russian output from Europe to willing buyers in Asia, in the presence of sanctions, is already so challenging that even Russia has admitted its production will decline significantly."

Japan said it would face difficulties in immediately cutting off Russian oil imports over the invasion of Ukraine.

Meanwhile, the OPEC+ producer group comprising the Organization of the Petroleum Exporting Countries and allies is likely agree to stick to modest oil output increases when it meets on Thursday, arguing that it is not responsible for geopolitics and supply disruptions.

Five OPEC+ delegates told Reuters the group is set to agree another monthly increase of 432,000 barrels per day in its production target for June.

OPEC Secretary General Mohammad Barkindo reiterated that it is not possible for other producers to replace Russian supply, but expressed concerns about slowing demand for transportation fuels and petrochemicals in the world's top importer, China, because of prolonged COVID-19 lockdowns.

A private-sector survey on Thursday showed China's services sector activity contracted at the second-steepest rate on record in April owing to pandemic measures.

In Iran, surging oil prices have given its energy-reliant economy a breather and hence its clerical rulers are in no rush to revive a 2015 nuclear pact with world powers to ease sanctions, said three officials familiar with Tehran's thinking.

In the United States, crude stocks were up by 1.2 million barrels last week after more oil was released from strategic reserves, according to the Energy Information Administration. 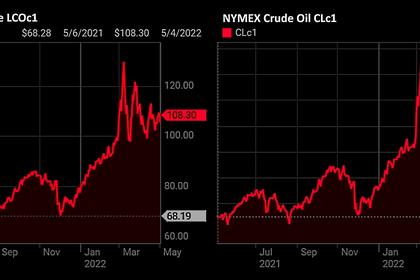 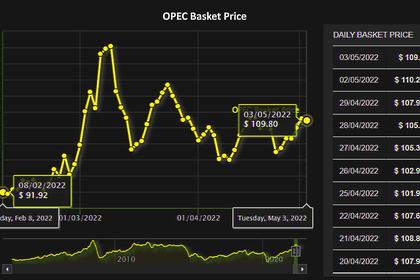 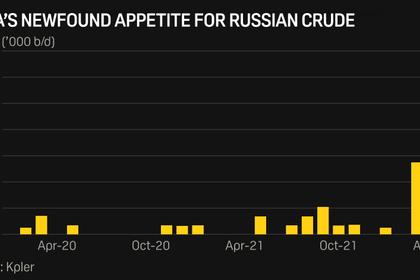 RUSSIAN OIL FOR INDIA
Urals has been trading at record-lows in recent weeks, with some deals being done at discount of almost $40/b to the Platts Dated Brent crude oil benchmark.
English 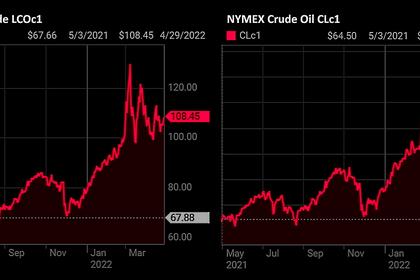 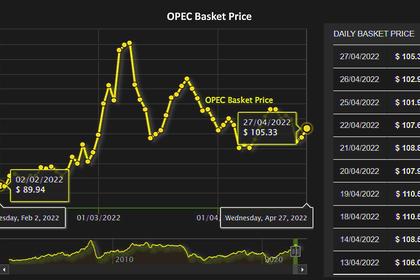 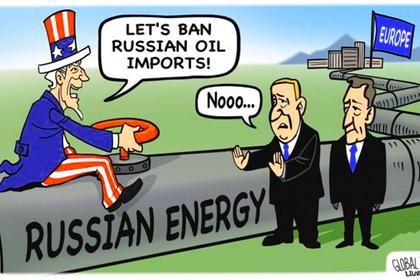 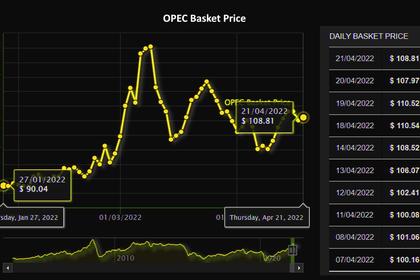 OPEC OIL PRICE: $108.81
The price of OPEC basket of thirteen crudes stood at $108.81 a barrel on Thursday, compared with $107.97 the previous day, according to OPEC Secretariat calculations
English
All Publications »
Tags: OIL, PRICE, BRENT, WTI, OPEC, RUSSIA
OIL PRICE: BRENT ABOVE $110, WTI ABOVE $104