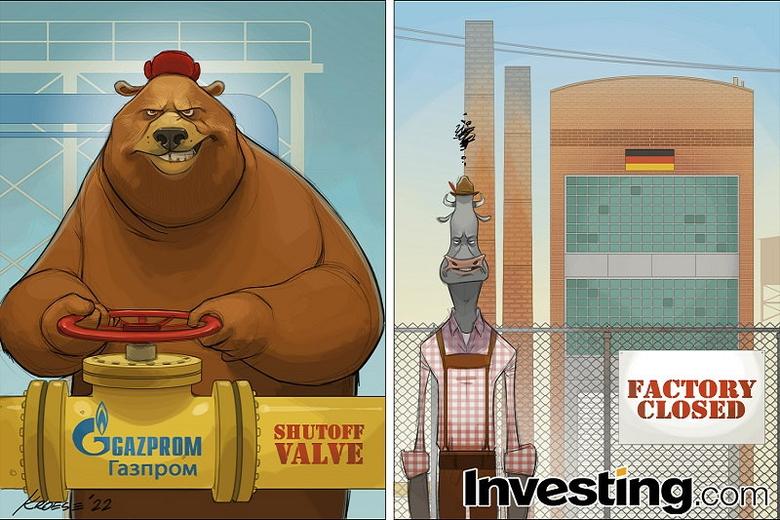 REUTERS - June 27 - A "serious disruption" to the European Union's gas supplies from Russia is likely, the bloc's energy chief said on Monday as she urged countries to update their contingency plans for supply shocks and use other fuels where possible to conserve gas.

"Since the beginning of Russia's invasion of Ukraine we have known that a very serious disruption is possible, and now it seems likely," EU energy commissioner Kadri Simson said after a meeting of energy ministers.

"We have done much important work to be prepared for this. But now is the time to step it up," she said.

The European Commission will next month present a plan for EU countries to coordinate their preparations for further gas shocks, as Russia has already cut or reduced supplies to 12 of the bloc's 27 member states.

The EU plan will identify measures to reduce gas demand and identify critical sectors where reducing gas demand could disrupt supply chains, Simson said. Earlier on Monday she had said citizens, who are classed as "protected consumers" of gas under EU rules, would be shielded from any curbs on gas use.

Russia has denied the cuts are premeditated, and attributed the sharp drop in deliveries through its Nord Stream 1 pipeline this month to problems with equipment.

EU countries are largely responsible for their own energy policies, and Simson urged national governments to act now to slash their gas use - including by using less energy - to ensure storage is filled enough to endure any further supply shocks in the coming winter.

EU countries' combined gas storage is nearly 57% full, according to data from Gas Infrastructure Europe. Filling levels vary between countries, however, with storage in Germany 57% full, for example, versus 97% in Poland and 39% in Hungary. 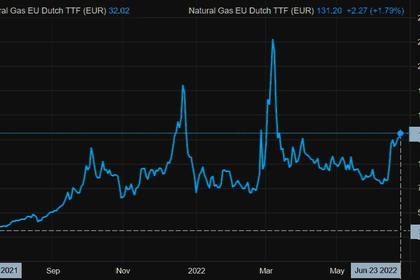 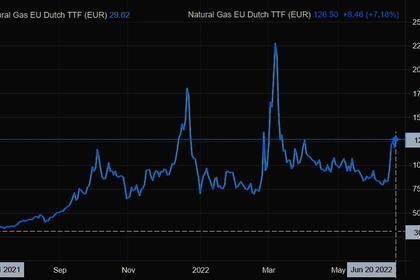 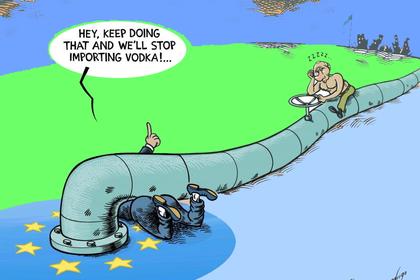 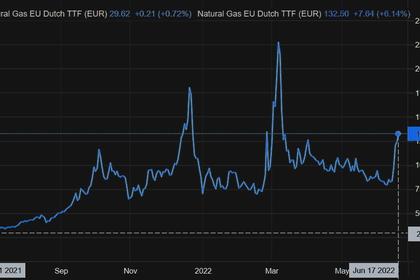 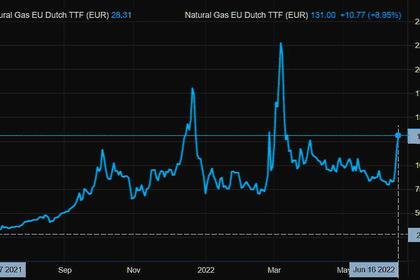 EUROPEAN GAS PRICES UP ANEW
European nations have for months feared Russian supply cuts in retaliation for sanctions aimed at Moscow for its invasion of Ukraine.
English 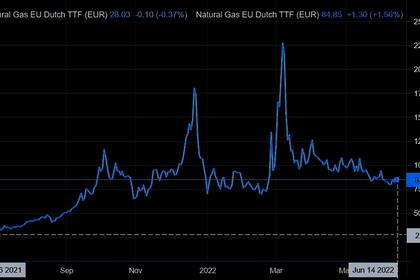 EUROPEAN GAS PRICES UP
Russian shipments through the Nord Stream pipeline to Germany are set to swing broadly on Tuesday, nominations show. The link is also scheduled to shut down July 11-21 for seasonal maintenance.
English