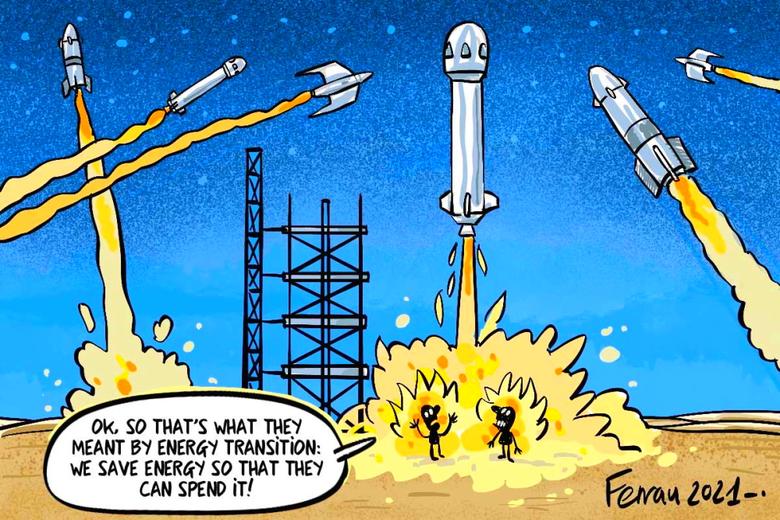 ENERGYCENTRAL - Jun 27, 2022 -  This, the 21st century, is set to be the electric century. We are in the middle of a profound electrification binge that is going to leave its mark, an electrical mark, on every aspect of human endeavor.

I believed this before I attended the Edison Electric Institute annual meeting and convention in Orlando. Now I think it more than ever. The institute is the trade association of investor-owned utilities.

Civilization already has been running on electricity, but it will do so in a more complete way in the future. In simple terms, what will happen is what hasn’t been electrified will be electrified. Manufacturing, mining, farming and processing of everything, from grains to making concrete, will be electrified.

The first big shift — we can all see and participate in — is the electrification of transportation, total electrification. That will include aircraft in time, but light aircraft are already in the experimental phase.

You can see it with the plethora of electric vehicles coming to market from old marques but, more exciting, new companies making everything from huge tractor-trailer trucks to snazzy new pickups and sedans.

Three of these were among a lineup of all-electric vehicles on display at the convention in Orlando:

—2022 Lucid Air: A stunning beautiful sedan, and the MotorTrend Car of the Year, with an impressive range of 530 miles and an equally impressive price of about $139,000.

—Rivian pickup: One of a range of all-electric pickup trucks; this one is designed for lighter loads but still boasts a towing capacity of 11,000 pounds.

—Freightliner eCascadia: A semi-truck with a load capacity of 82,000 pounds but a range of only 230 miles.

Each huge advance in transportation has required new entrepreneurs — otherwise, the car companies would have built the aircraft. It wasn’t Chrysler, General Motors and Ford that rose into the skies, but new names like Boeing, Douglas and Sikorsky.

Ultimately markets will decide, and markets aren’t welfare organizations. They are cruel judges and executioners as well as supremely generous patrons.

The driver for this revolution is climate change. Twenty years ago, you could still with some credibility debate its reality. Today, the evidence is in every weather forecast. Things are getting hotter and, as any science student will tell you, when stuff heats up, things happen.

The utility industry has embraced the rationale of change to modify and one day reverse climate change by curbing the volume of greenhouse gases going into the air. It starts with their own generation and soon will embrace all the carbon that spews from boilers and tailpipes.

The utilities I spoke to in Orlando feel they will be able to meet the new electric load demand with a mixture of leveling out the power from intermittent renewables. This is called DSM (demand-side management) and uses data from smart-metering to manage the demand in collaboration with their customers. For example, incentivizing commercial firms to agree to shut down some operations during peak demand and even to enter into agreements with homeowners to operate dishwashers and other appliances late at night.

Then there is using the transport fleet as a big battery. The theory is your new electric vehicle can feed back into the grid as needed when it is fully charged. But there are those who doubt that this will be enough to bridge the gap between generation and future demand. Andres Carvallo, one of the fathers of the smart grid and a polymath who runs numbers on the future from his perch at Texas State University and his company, CMG Consulting, believes a lot more actual generation will be needed to meet the growth in electrification.

Presumably, much of this would come from the new, small modular reactors. Here is a paradox. Utility executives say, to a person, that nuclear is needed, but none say how it will be bought, sited and built. When nuclear is talked up by utilities, there is a dream quality about it.

The great goal of the industry, or the revolution, is zero emissions by mid-century. All embrace the electrification surge. Many utilities have plans to eliminate their own emissions, but none is ready for a huge, nationwide surge in demand, nor is there a national plan to deal with pressing impediments like a lack of transmission. 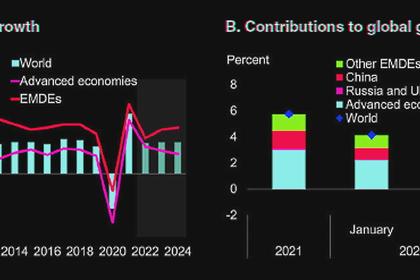 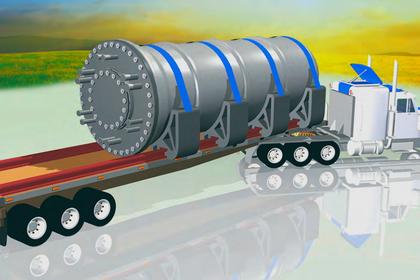 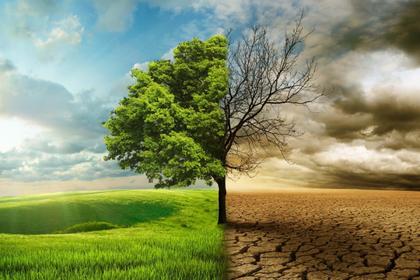 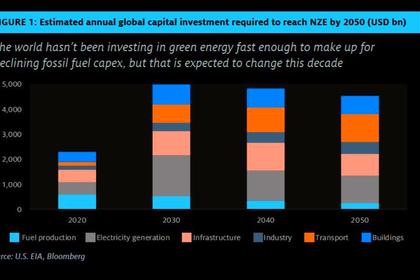 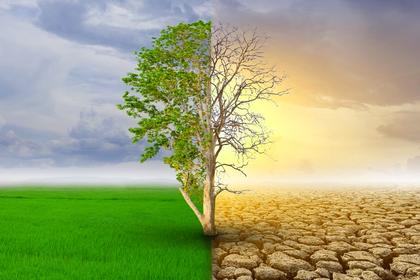 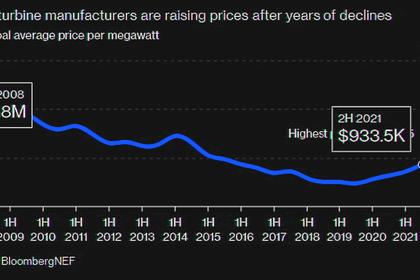 GLOBAL RENEWABLE ENERGY MARKET DOWN
A retreat from wind power could have devastating consequences, as it is set to play a pivotal role in global efforts to transition to green energy.
English
All Publications »
Tags: ENERGY, TRANSITION, CLIMATE, ELECTRICITY, NUCLEAR
OIL PRICE: BRENT NEAR $96, WTI NEAR $90