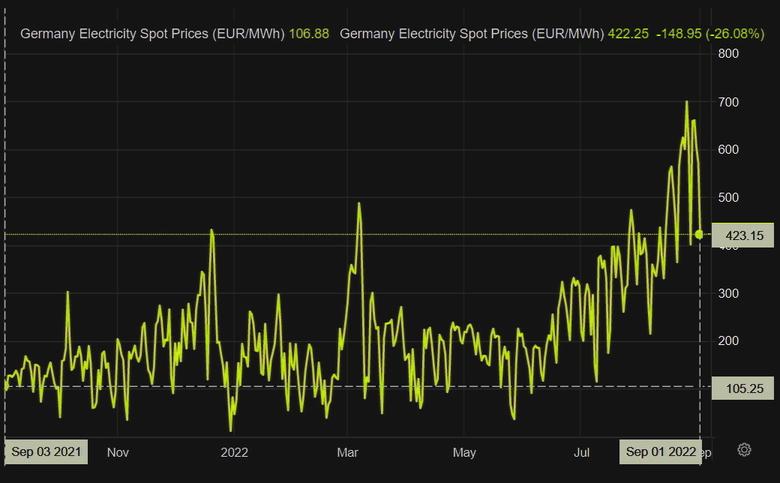 BLOOMBERG - Sept 1, 2022 - Europe’s benchmark power price has more than halved in three days from a record high on signs of concerted efforts by policymakers to ease the worsening energy crisis.

German year-ahead electricity futures plunged as much as 54% from Monday’s peak above 1,000 euros a megawatt-hour as the European Union considers various measures to intervene in the market to damp runaway energy costs crippling economies across the bloc. Soaring prices have forced cuts in industrial output, from steel to fertilizer producers, with little sign of the energy crunch easing soon.

“The expected EU intervention on the market to curb prices has been interpreted very bearishly, even though there is still a lot of uncertainty surrounding what initiatives the EU will take and how they will look in detail,” analysts at Energi Danmark wrote in a note.

The German year-ahead contract on EEX dropped to as low as 486 euros per megawatt-hour Thursday. The current price is still about 10 times the seasonal average for the past decade. High prices and market volatility are raising requirements for traders to stump up more cash to back their positions, which is reducing liquidity.

All eyes are on the European Union for possible intervention in the power market. Those could include a form of price cap or windfall tax on generators, Mechthild Woersdoerfer, senior energy official at the European Commission, said Thursday.

“In the past, there was a very skeptical debate whether it actually made sense to touch the power-market design,” German Chancellor Olaf Scholz said this week. “This skepticism is gone and everybody is on board. The pressure is so huge that I’m really confident that it can happen quickly.” 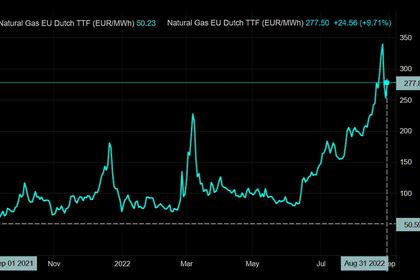 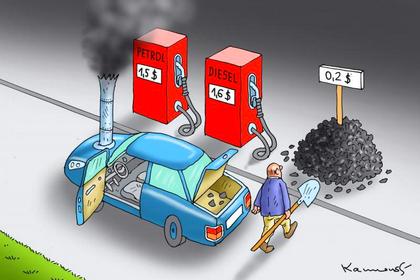 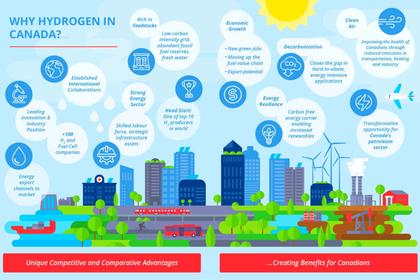 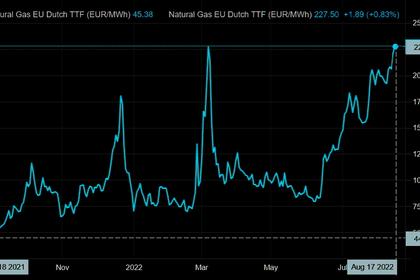 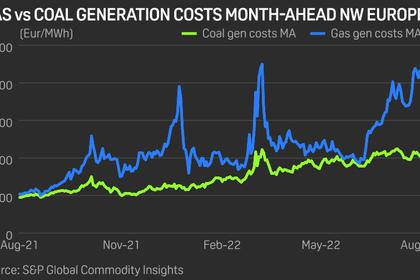 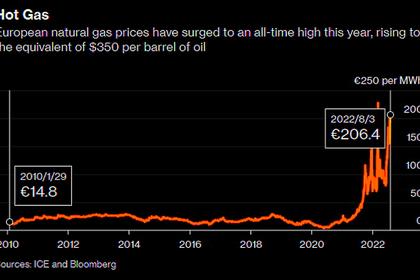 GERMAN ENERGY IS EXPENSIVE
The incentive to reduce gas consumption is huge after Putin reduced supplies to Germany via the Nord Steam 1 pipeline. The Dutch TTF gas contract, a European benchmark, is trading above 205 euros ($209) per megawatt hour, 10 times its average in the decade through 2020 and equivalent to about $350 per barrel of oil.
English
All Publications »
Tags: GERMANY, ELECTRICITY, PRICE, EUROPE
OIL PRICE: BRENT ABOVE $86, WTI ABOVE $78