The dollar hit a fresh two-decade peak against a basket of currencies on Wednesday as rising global interest rates fed recession concerns. A strong dollar reduces demand for oil by making it more expensive for buyers using other currencies.

"With Asian markets tanking due to the surge in bond yields, demand outlooks are darkened amid a possible nearing economic recession," said Tina Teng, an analyst at CMC Markets.

"Traders' focus is not on the supply issues right now as the bond market's turmoil sunk risk assets, along with a stubbornly high U.S. dollar, which pressured oil prices," Teng added.

U.S. crude oil stocks rose by about 4.2 million barrels for the week ended Sept. 23, while gasoline inventories fell about 1 million barrels, according to market sources on Tuesday, citing figures from industry group the American Petroleum Institute.

Distillate stocks rose by about 438,000 barrels, according to the sources, who spoke on condition of anonymity.

The report comes ahead of official Energy Information Administration data due on Wednesday at 4:30 p.m. EDT.

Goldman Sachs cut its 2023 oil price forecast on Tuesday, due to expectations of weaker demand and a stronger U.S. dollar, but said global supply disappointments only reinforced its long-term bullish outlook.

Producers began returning workers to offshore oil platforms after shutting in output ahead of Hurricane Ian, which entered the U.S. Gulf of Mexico on Tuesday and is forecast to become a dangerous Category 4 storm over the warm waters of the Gulf.

About 190,000 barrels per day of oil production, or 11% of the Gulf's total were shut-in, according to offshore regulator the Bureau of Safety and Environmental Enforcement (BSEE).

Ian is the first hurricane this year to disrupt oil and gas production in the U.S. Gulf of Mexico, which produces about 15% of the United States' crude oil and 5% of its dry natural gas. 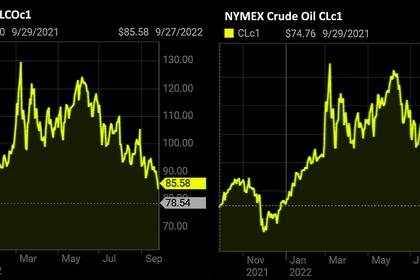 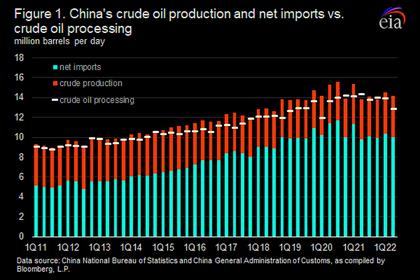 RUSSIAN OIL FOR CHINA UP
The share of imports from Russia has likely risen because of lower imports into China and shifting trade patterns following Russia’s full-scale invasion of Ukraine. Western economic sanctions have reduced demand for Russian crude oil, and as a result, have left Russia to look for alternative export destinations.
English 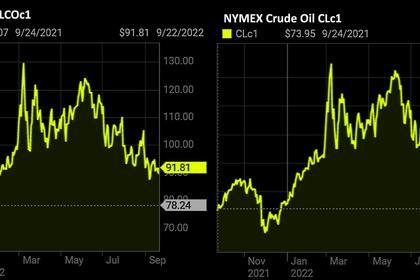 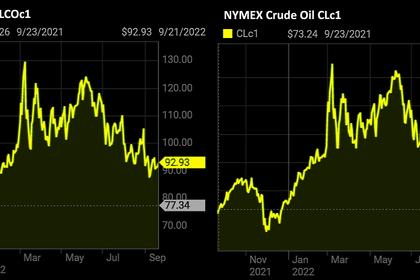 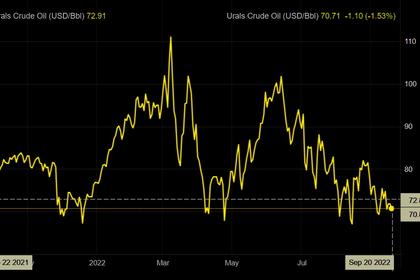 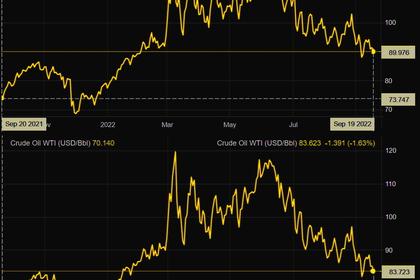 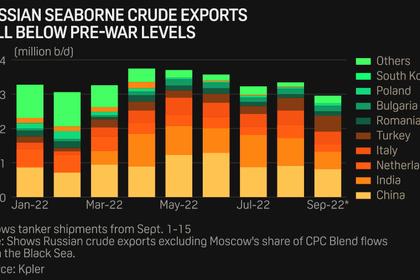 RUSSIAN OIL EXPORTS DOWN
Russia is still the biggest source of the trade bloc's shipped crude with more than 1.2 million b/d of imports landing in the region in early September, the data shows, little changed on the month.
English
All Publications »
Tags: OIL, PRICE, BRENT, WTI, OPEC, RUSSIA, SANCTIONS
OIL PRICE: BRENT NEAR $86, WTI BELOW $81