"Western-world oil demand, as well as China's, is stagnant, while supplies are expanding incrementally, largely on the back of the U.S. shale boom," said Julius Baer analyst Norbert Rucker.

The main European stocks index fell to seven-week lows on Thursday on deepening worries about aggressive rate hikes and record-high inflation in the region.

A possible revival of a 2015 Iran nuclear deal which would allow the OPEC member to boost its oil exports also weighed on prices.

French President Emmanuel Macron said on Thursday he hoped a deal would be concluded in the coming days.

Recent oil market volatility has followed concerns about inadequate supply in the months after Russia sent military forces into Ukraine and as OPEC struggles to increase output.

OPEC's output hit 29.6 million barrels per day (bpd) in the most recent month, according to a Reuters survey, while U.S. output rose to 11.82 million bpd in June.

Both are at their highest levels since April 2020.

Still, the oil market will have a small surplus of just 400,000 bpd in 2022, much less than forecast earlier, according to OPEC and its partners - known as OPEC+ - due to underproduction of its members, data from the group showed.

Finance ministers from the Group of Seven group of wealthy nations will discuss the U.S. Administration's proposed price cap on Russian oil when they meet on Friday, the White House said. 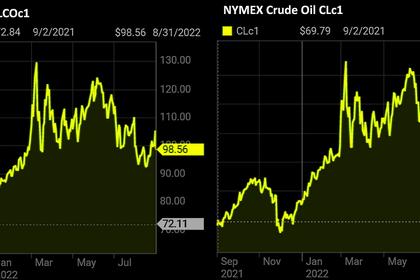 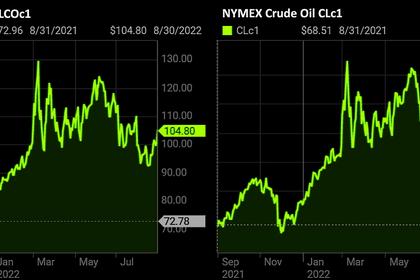 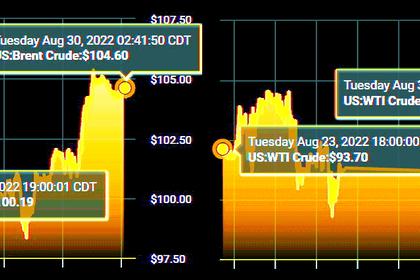 OIL PRICES RECORD
West Texas Intermediate was steady near $97 a barrel after jumping 4.2% in the week’s opening session amid concerns about the potential for supply interruptions in Libya
English 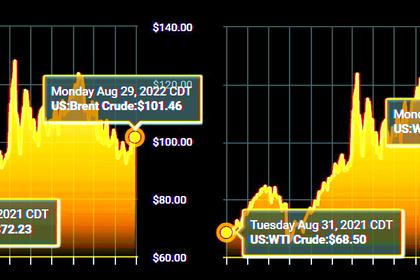 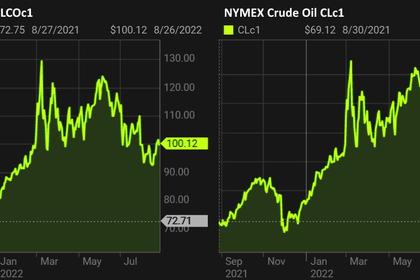 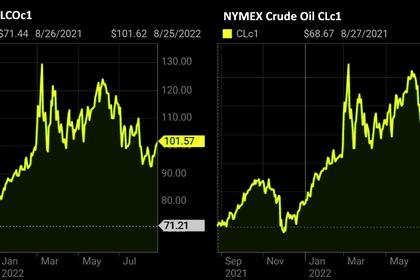 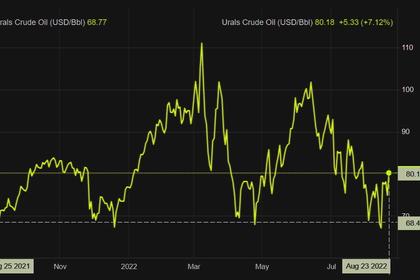 RUSSIAN OIL DISCOUNTS
The EU’s sixth round of sanctions over the invasion of Ukraine includes a ban on Russian oil, as well as the use by third countries of the bloc’s companies for insurance and financial services.
English
All Publications »
Tags: OIL, PRICE, BRENT, WTI, OPEC, RUSSIA, SANCTIONS
OIL PRICE: BRENT BELOW $87, WTI ABOVE $80